The Jerusalem Post culture guide for the week to come. 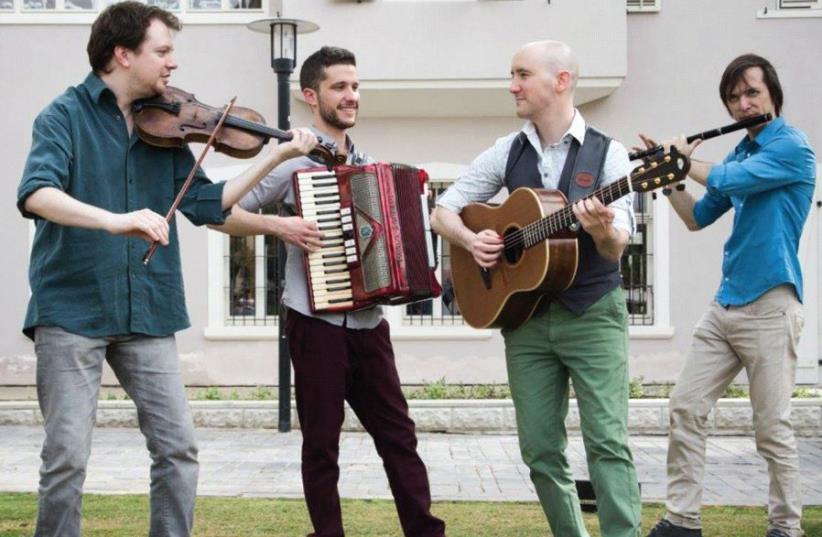 The Bloomers
(photo credit: PR)
Advertisement
1. INTERGALACTIC MISFITS
The film Guardians of the Galaxy Vol. 2 continues the team’s adventures as they traverse the outer reaches of the cosmos. The Guardians must fight to keep their newfound family together as they unravel the mystery of Peter Quill’s true parentage. With Chris Pratt, Zoe Saldana, Michael Rooker, Sylvester Stallone, Kurt Russell.2. MIND YOUR MANORS
Jordan Peele, half of the popular comedy duo Key & Peele, makes his directorial debut with the raceconscious horror film Get Out. A young black man visits his white girlfriend’s cursed family estate, where he finds out that many of its residents, who are black, have gone missing in the past. With Daniel Kaluuya, Allison Williams, Bradley Whitford, Catherine Keener.3. TEXAS TALE
Pierce Brosnan returns to TV as the lead in the western drama series The Son. Based on the book by Philipp Meyer, The Son is a multi-generational epic tale of America’s birth as a superpower through the bloody rise and fall of one Texas family. Brosnan plays Eli, the charismatic patriarch of the McCullough family. Starts Wednesday at 9 p.m. on AMC and HOT VOD 4. COMPETITION ON THE CATWALK
Cat lovers can enjoy a cavalcade of cats at the Spring Sports Center in Ramat Aviv this weekend. The competition, which features several categories, is a great opportunity to encounter a variety of rare feline breeds such as Siamese, Sphinx and Pixie Bob. Apart from the competitions, there will be activity and play corners for kids, as well as an adoption zone. Saturday, 10 a.m. to 5 p.m., Spring Sports Center, Ramat Aviv. For more info: www.facebook.com/ NewIsraelyCatAllianse/

5. THE ARNOLFINIS
The 1434 Jan Van Eyck painting Arnolfini Wedding Portrait lays the foundation for a new exhibition by Israeli artist Orit Adar Bechar at the Herzliya Artists’ Residence. Arnolfini, considered a canonical artwork of Western culture, raises issues of religion, sexuality and status. The original painting presents a man and a woman standing side by side. Bechar has chosen to bring five couples into her reconstructed painting space. Four of these are presented in her video installation. Ongoing at the Herzliya Artists’ Residence. www.theartistsresidence.org 6. DYNAMIC DUO
Renowned Russian-born jazz pianist Leonid Ptashka is teaming up with Israeli musician Moses Sea for the show Elvis & Liberace. This year marks the 30th anniversary of Liberace’s death. The piano virtuoso performed with Presley in 1956 at the Riviera Hotel in Las Vegas. The show will include some of Elvis’s greatest hits such as “Jailhouse Rock,” “Are You Lonesome Tonight?” and “Fever,” as well as a number of instrumental pieces made famous by Liberace. Wednesday, 8:30 p.m., Culture Hall, Netanya. For tickets: (09) 830-8800.7. GABBAY’S GROUP
In honor of Independence Day, Jerusalem vocalist and oud player Elad Gabbay presents a one-time ensemble of five musicians. The members of the group include guitar, saz and baglama player Eliyahu Digmi and vocalist and wind instrumentalist Amir Shahsar. The performance focuses on lively, joyful music that moves between Turkey and Kurdistan, Iran and other Arab countries – the entire Middle East and the Balkans. Tuesday, 8 p.m., First Station, Jerusalem. For tickets: www.confederationhouse.org 8. DESTINY’S CHILDREN
The Israeli Opera presents its production of Verdi’s La forza del destino (The Force of Destiny). This tale of murder, revenge and destruction takes place in Spain and Italy around the middle of the 18th century. Leonora has planned to elope with her lover Don Alvaro, who accidentally shoots and kills her father, the Marquis of Calatrava. The lovers are separated in their flight, but Leonora’s brother, Don Carlo, tries to track them down and take revenge. Conducted by Daniel Oren; directed by Pier Francesco Maestrini.May 12 through 27. For tickets and info: www.israelopera.co.il9. NEW FROM NAHARIN
The Batsheva Dance Company presents Venezuela, a new piece by Ohad Naharin. As with many of Naharin’s works, the choreographer keeps details to a minimum to increase the audience’s anticipation and heighten their experience. Venezuela creates a conversation with the Batsheva company, one that is exciting, unknown and beautiful. An added ballroom dance aspect creates a novel feeling and atmosphere.May 12 through 19, Suzanne Dellal Center, Tel Aviv. For tickets: www.suzannedellal.org.il10. STEP RIGHT UP
The Jacob’s Ladder 41st Anniversary Spring Festival will be held on and around the pastoral lawns and beach of the Nof Ginossar Hotel on the shores of the Sea of Galilee, featuring activities such as concerts, workshops, master classes and jam sessions. International and local acts include The Abrahams (Canada), Nefesh Mountain (US), The Bloomers (pictured) and Libi and the Flashback.May 18 to 20. Info and tickets: www.jlfestival.com.
Advertisement
Subscribe for our daily newsletter