Top 10 things to do in Israel this week

Haven't made plans yet this weekend? Here are some fun activity ideas in Israel including movies, concerts, exhibits, and more. 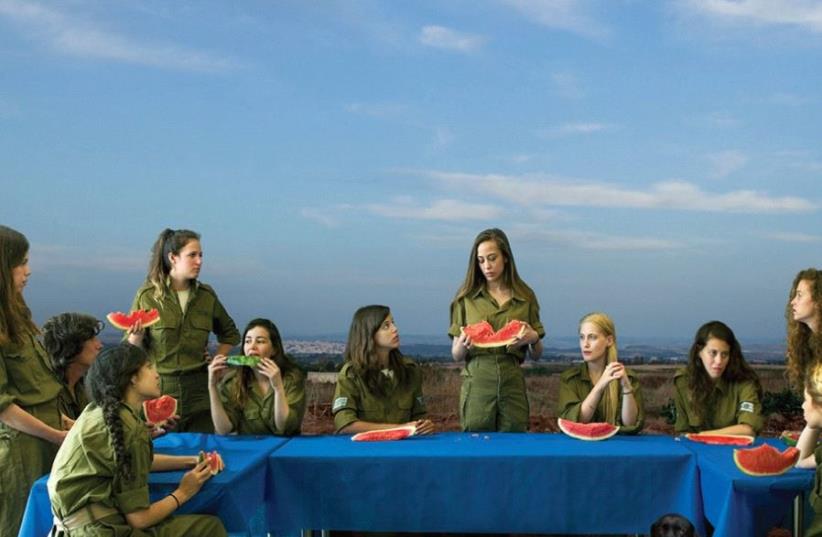 The third Mediterranean Biennale in Sakhnin
(photo credit: PR)
Advertisement
1. IT’S GRU LOVE In the animated film Despicable Me 3, Gru and his wife, Lucy, must stop former 1980s child star Balthazar Bratt from achieving world domination. With the voices of Steve Carell, Kristen Wiig, Trey Parker, Steve Coogan, Julie Andrews.2. CASUAL ABOUT COMEDY HOT presents the third season of the popular sitcom Casual about a bachelor brother and his newly divorced sister who live under one roof again. Together, they coach each other through the crazy world of dating while raising her teenage daughter. With Michaela Watkins, Tommy Dewey, Tara Lynne Bar.

Watch all episodes on Xtra VOD.

3. ART AS A BRIDGE TO PEACE The third Mediterranean Biennale in Sakhnin aims to establish a regional environment of art, culture and coexistence. Featured artists include Fiona Tan, Moshe Gershuni, Damien Hirst and Sigalit Landau. In a unique twist on regular art events, the various works will not be exhibited in only art galleries or museums but in places of work and local attractions, including butcher and fish shops, as well as local organizations and even the town hall.Runs today through December 26. For more info: www.mediterraneanbiennale.com4. FINDING NEVERLAND The classic characters of Peter Pan, Captain Hook and Tinker Bell return, creating a world of Neverland for children to explore at Tel Aviv’s Hayarkon Park.Upon entering the grounds, children will receive a map designed to guide them through the garden’s riddles, where they’ll interact with characters from the Peter Pan story.Starts Saturday and runs until August 31. For tickets, call *9066 5. STRAIGHT FROM THE ARTThe Tel Aviv Museum of Art’s exhibition “Collective: Reflections on the Museum Collections” is a joint show featuring selections and reflections of works selected by the museum’s curators. The exhibition features well-known pieces, anonymous works and pieces never exhibited before, while offering a range of contexts, narratives and tales that depict varied aspects and express different perceptions of the collection.Until 14 October. For more info: www.tamuseum.org.il 6. MUSIC AT THE MUSEUM The Billy Rose Art Garden of the Israel Museum will once again rock and groove between July 3 and 6, when it hosts a glittering roster of bigname acts from across the musical spectrum.Artists include Teapacks (pictured) with Karolina, Asaf Avidan, Yehoram Gaon, as well as Yehuda Poliker performing with Riki Gal. All the performances start at 9 p.m.For more info and tickets: ticketing.imj.org.il 7. SHORT-ED OUT The Long Short Film Festival rolls into town July 4 at the Tel Aviv Cinematheque with a series of short feature films (up to 13 minutes long) that were produced between 2016 and 2017. The shorts will be followed by Q&As with the filmmakers themselves.Plus there will be an audience favorite competition.For more info: www.cinema.co.il 8. READY TO ‘SHOUT’ IN TA Iconic 1980s pop band Tears for Fears will be “Sowing the Seeds of Love” as they perform at Tel Aviv’s Menora Mivtachim Arena on July 5. Formed in 1981 in Bath, England, by childhood friends Roland Orzabal and Curt Smith, Tears for Fears first tasted success with their 1983 debut album The Hurting, which featured the hit single “Mad World.” The duo’s second release, 1985’s Songs from the Big Chair, contained two Billboard Hot 100 number ones: “Shout” and “Everybody Wants to Rule the World.”For tickets: www.2207.co.il or *2207.9. THE LILT OF LITURGY To promote her latest album, Israeli musician Bat-Ella Birnbaum will perform the first single from the album, as well as her many other hits. Birnbaum has recorded her own interpretations of songs of prayer and liturgy in two albums, L’chi Lach and My Prayer. She weaves an artful web of music, storytelling and movement on topics such as Shabbat and Rosh Hodesh.July 7 at 2:30 p.m. at Zappa Herzliya. For tickets: www.zappa-club.co.il 10. THE REEL DEAL The opening film of the 34th Jerusalem Film Festival, which will run from July 13 to 23, will be Michel Hazanavicius’s Redoubtable (pictured). Hazanavicius, whose 2011 film The Artist won five Oscars, including Best Picture and Best Director, will attend the festive openingnight ceremony and screening at the Sultan’s Pool amphitheater. There will be more than 180 films from all over the world at the festival, which will be held at the Jerusalem Cinematheque. There will also be interactive exhibits around the city that will focus on different genres and various aspects of cinema.For more info: https://www.jer-cin.org.il