Touching base with the life of Brian 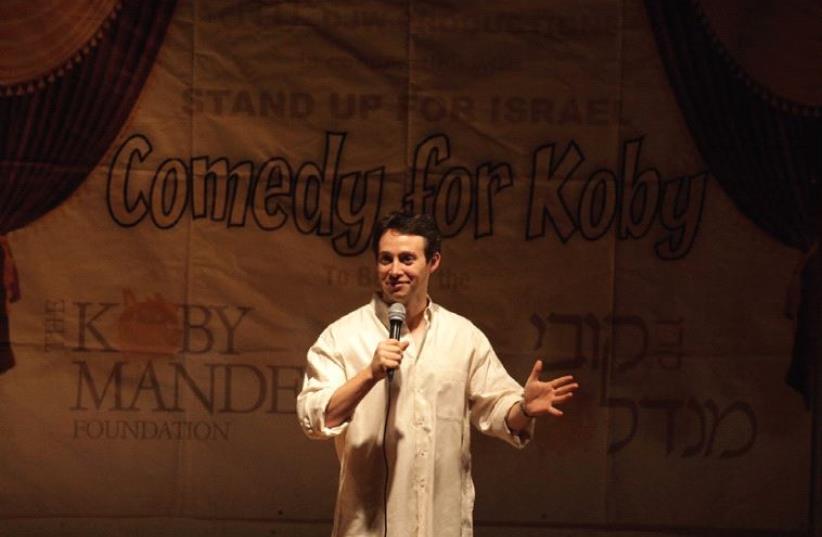 Avi Liberman’s Comedy Road
(photo credit: PR)
Advertisement
Brian Regan will arrive in Israel just a day after US President Donald Trump departs. But unlike the president, Regan will be here on an intentional comedy tour of the country, and isn’t looking to ruffle any feathers.“One of the things I like about comedy is that people can approach it from whatever perspective they want to approach it from,” Regan told The Jerusalem Post from his home in Las Vegas on Monday.“I mean there are political comedians out there who not only touch on politics, but they take a side and I like that.”But Regan appreciates comedy in all its forms.“I like when people can take a side, and I like it when people walk a tightrope down the middle and I also like it when people avoid it altogether,” he added.Regan is headlining this year’s Comedy for Koby tour in Israel, performing in four cities around the country beginning Thursday night. He’ll be joined by fellow comic Joe Bolster, as well as Avi Liberman, the comedian who organizes the tour each year.Regan is a coup for the organization, which has brought over American comedians since 2008. A well-known entity in the US, Regan was called by Jerry Seinfeld one of his “favorite, favorite comedians” and was invited to be one of the first featured guests on Seinfeld’s online series “Comedians in Cars Getting Coffee.”While Regan himself tends to stay out of politics, he did touch on the Israeli-Palestinian conflict when he did a stand-up routine on The Tonight Show with Jimmy Fallon earlier this year.“Speaking of problems, I read this, apparently the Israelis and Palestinians are not getting along?” he joked on the late-night TV show. “I don’t know how they’re going to solve their issues, they’ve tried violence, that hasn’t worked. You know what they haven’t tried, and I think it’s worth a shot,” he added, “they haven’t tried a good dad. Cuz a good dad can solve a problem in 30 seconds.”But while Regan used that joke for laughs in front of Fallon’s audience of several million, he’ll probably skip it on stage in Israel.“I think I might take a side-step on that,” he said. “I was thinking about that joke and that joke to me is more about fathers than it is about the Israeli-Palestinian situation,” he said. But nevertheless, he added, “I think I will find other things to chat about while I’m in Israel.”Regan hasn’t really performed overseas much in the past (“I don’t want to brag, but I’ve played in Canada!”) but he was “gungho” about appearing in Israel.“When it was pitched to me I was very happy to jump on board,” he said. He’ll use his week in the country to tour around as well, and “see what Israel has to offer.”Regan said the election of Trump as president has certainly become a “huge topic” for comedians, but he doesn’t try to make it a focus.“I do touch on it in my act but I try to touch on it in a way that both sides can relate to and laugh at,” he said. “But there are certain subjects that, no matter what you say, somebody is going to maybe take issue with.”But Regan said even when he does bring up Trump – because how can you not – he does it in his own way.“Clearly Trump is a very divisive individual and because of that, you know, a lot of people want to talk about it on stage, but it’s not something that I talk a lot about,” he said.“I tend to just talk about, you know, how you can’t even go to a party any more without people taking sides like the Hatfields and McCoys. I just want to, you know, chill out and have a good time for a few minutes without being yelled at!” The proceeds for the tour benefit the Koby Mandell Foundation and Camp Koby, which run therapeutic healing programs for those who have lost a mother, father, sister, brother, or child to terrorism.Koby was killed at age 13, along with his friend Yosef Ishran, by Palestinian terorrists in 2001.

Comedy for Koby will appear on Thursday in Glilot, Saturday in Airport City, Sunday in Tel Aviv and Monday in Jerusalem. For more information and tickets visit comedyforkoby.com