TV’s summer-season about to open 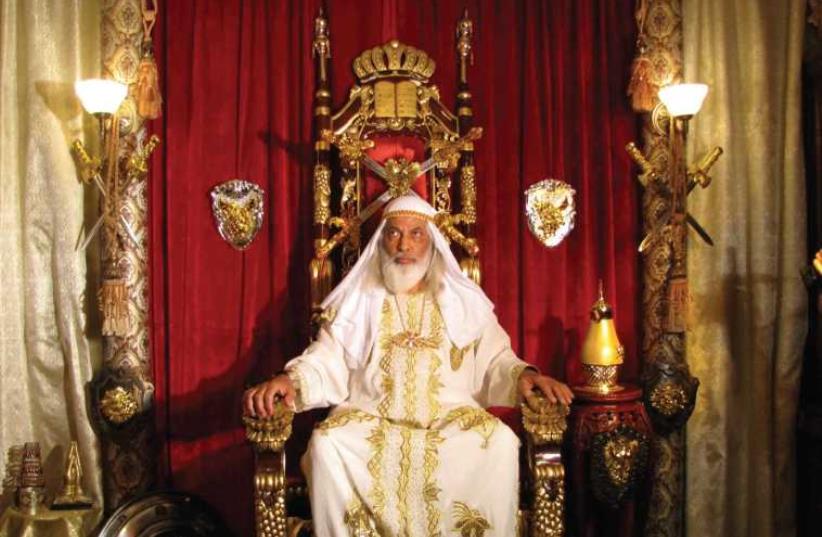 ‘Etched in My Body’
(photo credit: PR)
Advertisement
The YES Docu channel is celebrating 10 years, and it’s been a great decade for documentaries, with many outstanding Israeli documentaries premiering on the channel over the years.Television channels like YES Docu around the world have been helpful in building audiences for documentaries, particularly those on serious or controversial subjects.One such film that is premiering on the channel on May 27 at 9 p.m. is Nili Tal’s Etched in My Body, a documentary about Goel Ratzon, the leader of a polygamous cultlike family. We are accustomed to hearing about such cults among Mormons, but this one was right here in Israel. Ratzon is now in prison, after he was sentenced last year to a 30-year sentence for rape, incest and other crimes against his wives and daughters.The documentary consists mainly of interviews with his common-law wives, some of whom were also his daughters, and many of whom were young teenagers when they began their relationships with him. There are also interviews with Ratzon’s former son-in-law, as well as with the parents of some of the women, and clips of the extensive home movies the group made, including films they made that depict him as a god or king, which are truly bizarre.It’s easy to dismiss or judge these women as spineless or weak, but the truly disturbing part of the film is that the women are intelligent and articulate.They are quite clear about the strong attraction that drew them to him. It’s fascinating but upsetting to hear them discussing how he manipulated them psychologically. The film will also be shown on YES VOD.Some acclaimed series will be back in June, while some new ones are starting up.Admirers of the work of novelist Hilary Mantel will be pleased to learn that the miniseries based on her acclaimed novel Wolf Hall will be shown on YES Oh starting on June 18 at 10 p.m. and on YES VOD and YES Binge. Damian Lewis, best known for his role as Nicholas Brody on Homeland, is Henry VIII, another tormented, complex anti-hero. Mark Rylance, one of Britain’s most celebrated stage actors, plays Thomas Cromwell, and Claire Foy (Season of the Witch, Vampire Academy) is Anne Boleyn. Wolf Hall and its sequel, Bringing Up the Bodies, were wildly popular novels but proved challenging for some readers, who may welcome the chance to watch them on the small screen.True Detective 2 is starting up on June 22 on YES Oh at 4 a.m. (exactly when it will air on HBO in the US) and 10 p.m., as well as on YES VOD. Each season of True Detective will have a different cast and setting. While the first one was about the search for a serial killer in New Orleans over nearly two decades and starred Woody Harrelson and Matthew McConaughey, this new series will take place in California and will star Colin Farrell, Vince Vaughn and Rachel McAdams.I’ve never been a fan of serial killer stories, which were done to death (excuse the expression) in the 1990s in films such as Se7en, and I never got into it, in spite of the great cast. But the previews of this series look promising.HOT has been running a series of gangster movies. On May 25 at 10 p.m. on HOT Prime, you can catch Francis Ford Coppola’s The Godfather: Part II. This epic movie continues the saga of the Corleone family, now with Michael (Al Pacino) as its head.But it also interweaves the story of the young Vito Corleone, played by Robert De Niro in his first Oscar-winning performance (the movie also won five other Oscars, among them Best Picture and Best Director).Some familiar names you might not remember pop up in small parts. Dominic Chianese, best known as Uncle Junior on The Sopranos, plays Johnny Ola.Roger Corman, the producer/director known as the king of B movies, who gave Coppola his first break, appears as a US senator on a panel investigating organized crime. And Harry Dean Stanton, most recently seen as Roman, the evil polygamy cult leader on Big Love, is an FBI investigator.