Up close and personal

The annual Docaviv film festival begins on May 11. 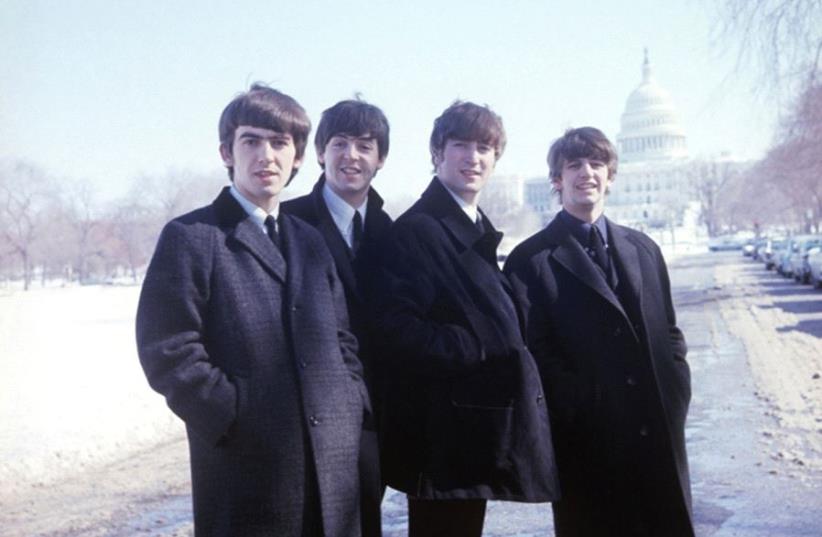 Eight Days a Week
(photo credit: APPLE CORPS LTD.)
Advertisement
Docaviv, the 19th annual Tel Aviv International Documentary Film Festival, which runs from May 11 to 20 at the Tel Aviv Cinematheque and other venues around the city, will present 117 of the best of international and Israeli documentaries.The festival features many free events, and films will be shown at the Tel Aviv Port, Jaffa Port, city rooftops, parks, Habima Square and other places around the city.The festival has four competitions: Israeli Competition, International Competition, Depth of Field (for innovative films) and Student. It also features a special tribute program dedicated to the work of acclaimed filmmakers, as well as programs dedicated to the themes of music, art, society. One of these programs focuses on alternative documentary cinema and works that make use of new technology, including virtual reality, in order to tell stories in new and unexpected ways and to shed light on those hidden corners of reality that traditional cinema can’t always reach.The festival will open with Before My Feet Touch the Ground, a movie directed by Daphni Leef, who became one of the leaders of the 2011 social justice protests.According to the festival program, this autobiographical film explores “what happens when a woman who focuses on imagery all her life becomes an image herself.”French philosopher Bernard-Henri Lévy will attend the festival and present his film Battle of Mosul.The Israeli Competition features movies on culture, politics, the arts and sports, as well as a few topics that defy classification. Moran Ifergan’s film Wall is about a woman going through a divorce who takes solace at the Western Wall, but it also follows the Women of the Wall movement. Anat Schwartz’s The Promised looks at French Jews who have moved to Israel recently, and examines their conflicting identities and memories. Liat Mer’s Fence Your Best tells the story of the Hatuels, a family of fencing champions from Acre. Mordechai Vardi’s film The Field looks at an unusual organization in Gush Etzion that tries to find a way for Jews and Arabs to live together in peace.The International Competition features films on similarly varied topics. Raoul Peck’s I Am Not Your Negro, which was nominated for an Oscar, is a documentary about writer and political activist James Baldwin. Zaradasht Ahmed’s Nowhere to Hide tells the story of an Iraqi paramedic who photographs the devastation that followed the Americans’ departure from Iraq and the rise of ISIL in his hometown. In Plastic China, Jiu-liang Wang looks at Chinese who live and work in dumping grounds for plastics and recycling factories that have sprung up in places that used to be farmland.A number of films explore new angles on the Holocaust. Amir Yatziv’s Another Planet is described as an animated documentary in which different people create virtual reality journeys to concentration camps.In the film Austerlitz, Sergei Loznitsa films tourists visiting the Sachsenhausen concentration camp, recording the phenomenon of Holocaust tourism.The arts are always a crucial part of Docaviv. In Bobbi Jene, Elvira Lind documents the journey of Bobbi Jene Smith, who danced with Ohad Naharin’s Batsheva company for 10 years, as she moves back to her native US. Her creativity blooms even as she struggles with the transition. Smith will be present at some of the screenings. Susanne Regina Meures’s film Raving Iran is about two Iranian DJs who risk their freedom by running raves in the desert and must decide whether to leave the country. Meures will attend the festival. Director Steve Cantor and producer Gabrielle Tana will attend screenings of their film Dancer, a look at young dance phenomenon Sergei Polunin, who will also be present. And Ron Howard’s film The Beatles: Eight Days a Week — The Touring Years features rare footage of The Beatles in concert.In the new True Crime section, Erin Lee Carr’s Mommy Dead and Dearest looks into one of the most bizarre murder cases ever.Docaviv NPO, the organization that sponsors Docaviv, awards Israel’s largest prize for an original Israeli documentary production, as well as many other prizes. The festival features a number of special events, programs and initiatives.For more information and to buy tickets, go to http:// www.docaviv.co.il.