The klezmer-accompanied babies have begun to go viral. 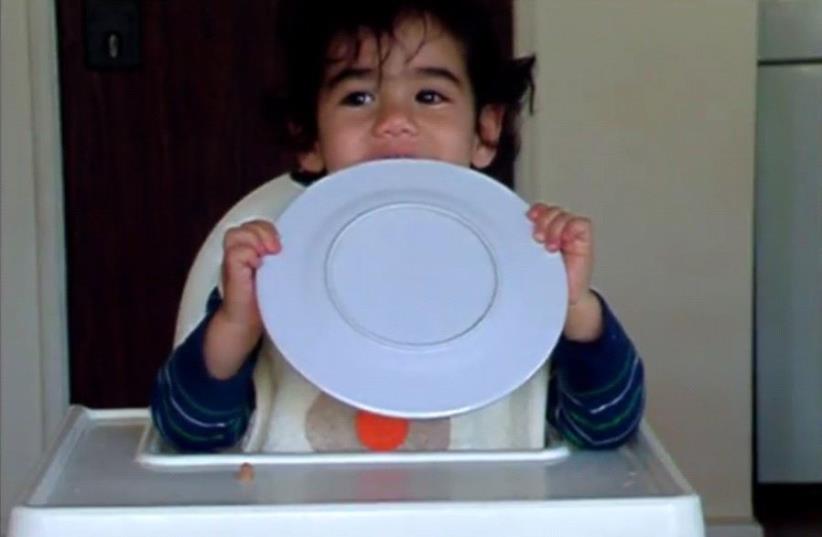 A baby tries gefilte fish for the first time.
(photo credit: YOUTUBE)
Advertisement
They call it an acquired taste. So when Israeli babies were presented with gefilte fish for the first time in a new video for Passover, lets just say most of it ended up on the floor.Of course, for toddlers, that's pretty much de rigueur. The video is the brainchild of Noam Levinson, a designer from Tel Aviv. She dreamed it up to accompany the release of her latest gefilte-fish themed product, a bib emblazoned with "My First Gefilte Fish." The bib joins a slew of her other fish-themed designs, including a gefilte fish pillow, magnet, keychain and scarf. And while Levinson, who runs her own company Noma Design, has a nostalgic affinity for the much maligned Jewish dish, "I never really liked it when I was little, I would eat it as a kid but I didn't really enjoy it." Still, she said, "I relate to it as a symbol of my Polish heritage, from growing up in a Polish household - and simply enough it's really because it's just funny." Three years ago, Levinson created her first gefilte-themed product, a sewed greeting card, "and people really loved it - so I did a pillow, a wallet, and slowly the collection grew." The pillow was even featured in a recent Israeli TV commercial for Tami4, the in-home water dispenser. With Passover coming up, and the holidays her biggest selling times, Levinson brought out her newest product, the gefilte fish bib, and with it the video. She sent out a request for friends with kids who were willing to take part, and after a week of filming, had a perfect montage of mostly unhappy toddlers refusing to eat - but all clad in the same bib. And the klezmer-accompanied babies have begun to go viral."I thought [the video] would be successful - more than some of my others," Levinson said. "But, I never imagined that it would get this far and get this much attention."