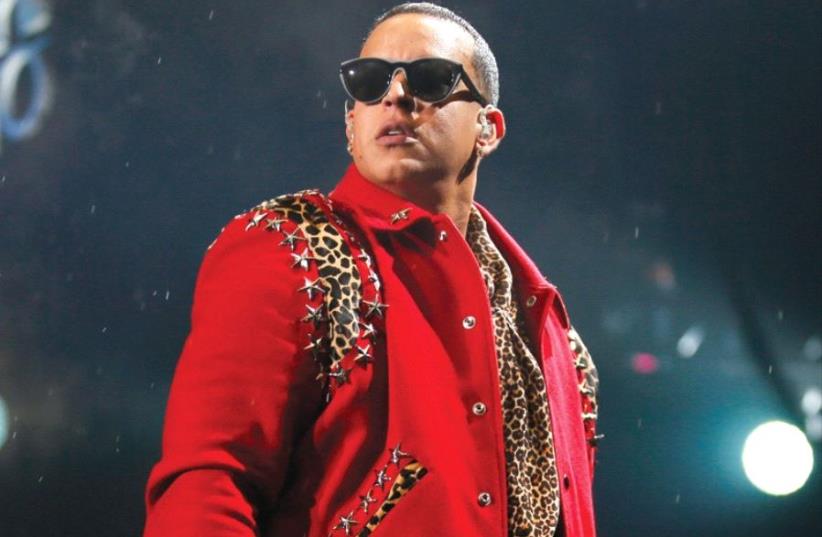 PUERTO RICAN singer-songwriter Daddy Yankee.
(photo credit: DANNY MOLOSHOK/REUTERS)
Advertisement
Puerto Rican rapper and singer Daddy Yankee will perform his first ever show in Israel on June 29 as part of the Reggaeton concert at Rishon Lezion’s Live Park.Daddy Yankee, whose real name is Ramón Luis Ayala Rodríguez, gained global fame in 2004 with his hits “Gasolina” and “Lo Que Pasó, Pasó.”With 17 million listeners per month on Spotify, Daddy Yankee is responsible for the establishment of reggaeton as a marketable music style.He has won 14 Billboard Latin Music Awards and for his album Barrio Fino he received a Latin Grammy for Best Urban Music Album.At the moment, Daddy Yankee together with fellow Puerto Rican singer Luis Fonsi currently have the number one song on the Billboard Hot 100 chart with their hit single, “Despacito,” featuring Justin Bieber.The alluring track had already become successful in clubs across Latin America, which is how it reached Bieber. “What I heard is that he was in the club in Colombia and heard the song,” Yankee revealed to Rolling Stone. “He liked it and jumped on it. Justin Bieber always does a great job when it comes to interpretation.I like the way he makes music.”The last time a song sung primarily in Spanish hit No. 1 on the US pop charts was in 1996, with Los Del Rio’s “Macarena.”