Yiddish is alive and well in Tel Aviv

A surprising number of Jews from the FSU at least understand Yiddish even if they can’t speak it. 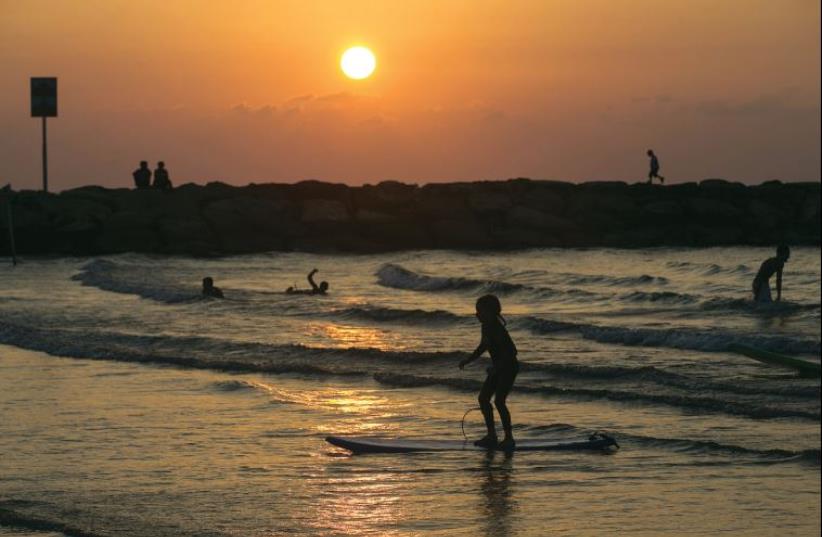 Tel Aviv beach
(photo credit: REUTERS)
Advertisement
When the Yiddishpiel Theater was founded in Tel Aviv in 1987 by Shmuel Atzmon Wircer, there were not too many people who had faith in its durability. In the aftermath of the Second World War, anti-Yiddishists had perpetuated the myth that Yiddish was dead or dying, and that Yiddish culture had been murdered in the Holocaust, along with those whose mother tongue was Yiddish.But that was far from true.Yiddish writers continued to find eager readers and Yiddish actors and comedians filled theaters and the halls of community centers in most parts of the Jewish world.Long before the establishment of Yiddishpiel, Atzmon was part of a quasi comedy team together with Shmuel Rodensky and Shmuel Segal. All three were members of the Habimah Theater ensemble, but for their Yiddish act they called themselves The Three Shmuliks and performed in front of Yiddish audiences in many countries including Poland. They were part of a 20-member Israeli delegation of writers, actors and public figures who in 1985 were invited to Warsaw by the Polish government to join in celebrating the 35th anniversary of Poland’s Yiddish State Theater. This was well before Poland resumed diplomatic relations with Israel. Diplomatic ties had been severed in 1967.Atzmon was certain that a permanent Yiddish Theater in Tel Aviv would have an audience. Fortunately he was supported in this belief by then Tel Aviv Mayor Shlomo Lahat, who loved the Yiddish language, and who himself told great jokes in Yiddish. Certain figures from what was then the Education and Culture Ministry were also supportive.Atzmon remained at the helm of Yiddishpiel for almost quarter of a century, but stepped down when he felt that younger blood and a new approach were needed. Actor and singer Sassi Keshet, who had appeared in a couple of Yiddishpiel productions, was appointed executive and artistic director and the theater’s public council conferred the title of president emeritus on Atzmon.Throughout the years Atzmon included his daughter Anat, a well known actress and singer, in some of his productions and the two will be together again this morning (11:30 a.m.) at the Workman’s Circle in Tel Aviv, known in Yiddish as the Arbeiter Ring and in Hebrew as Brit Ha’Avoda.Atzmon will give a lecture on Who’s Afraid of Yiddish? and his daughter will sing a medley of Yiddish songs.Yiddishpiel flourished under Atzmon and continues to do so under Keshet, partly because so many young FSU immigrants who want to break into theater and have not been able to do so via Gesher or any of the more veteran theater companies use Yiddishpiel as a springboard.For some, who never heard Yiddish at home, it’s a difficult journey. But for those with Yiddish-speaking parents or grandparents it seems to have been easier.A surprising number of Jews from the FSU at least understand Yiddish even if they can’t speak it, and a good percentage of Yiddishpiel audiences come from their ranks.It’s hard to believe that in the Jewish state Yiddish was banned by founding prime minister David Ben-Gurion, who was certain that it would die out within a generation. He would be greatly surprised to discover that today it is not only alive and kicking, but growing in popularity.Workman’s Circle, 48 Kalisher Street, Tel Aviv. For more info call (03) 517-6764.