Zionism and wine: A love story

While we happily drink and delight in the Israeli wines that grace dinner tables nationwide, many are unaware of how the origins of the country and the industry itself are interlinked. 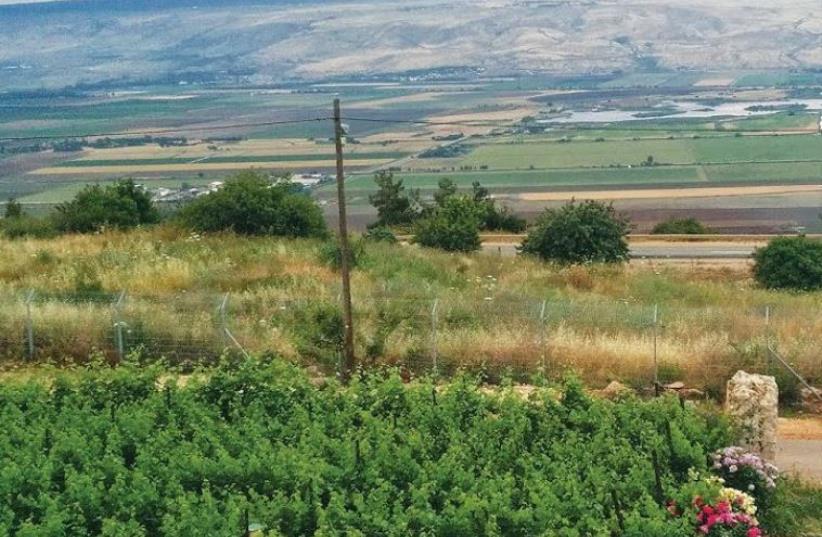 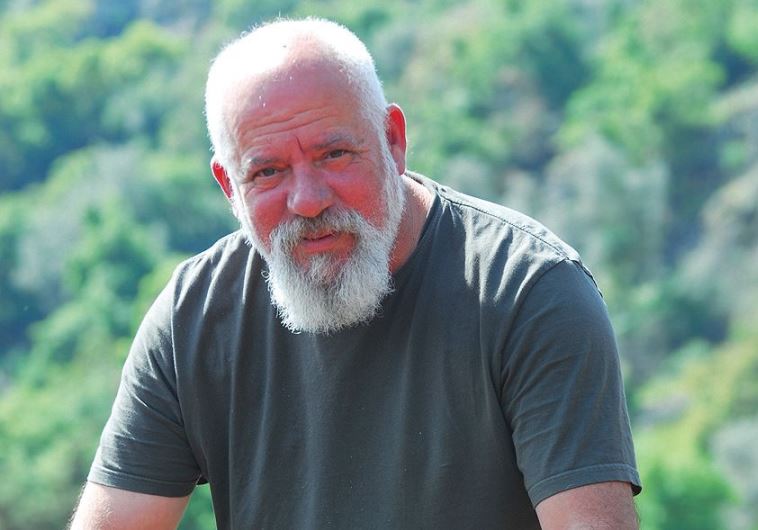 Na’aman reflects on the early days where “we planted mostly Bordeaux style grapes: Cabernet Sauvignon, Cabernet Franc, Merlot and Petit Verdot. But unlike the wine makers of Bordeaux who must blend those grapes and are subject to all sort of rules, we can do what we think is right.” After some trial and error, Na’aman settled on eight types of wines, and now produces 10,000 bottles a year of both varietal wines and blends. Combining his passion for music with his passion for wine, he named his blends after favorite bands such as Black Velvet, Pink Floyd and Deep Purple.Na’aman is particularly proud to raise the Cabernet Franc grape in his vineyard. “There is fascinating scientific research currently conducted in the winepresses to determine what the grape varieties of ancient times were. But the one grape we know for sure was grown here is the Cabernet Franc,” he explains. “Thanks to French documentation, we know that when the Romans were here, they took the Cabernet grape and brought it with them to Europe. It made its way through Gibraltar to today’s France, where it later acquired the name Cabernet Franc.”Through the twists and turns of history, Na’aman traces the Cabernet’s journey: “About 300 years ago it was popular in France to experiment with different grape varieties. One such experiment was a fusion of the Cabernet Franc grape with the Sauvignon Blanc grape, which gave birth to the Cabernet Sauvignon.”Over the years, the Cabernet Sauvignon became more popular than its parent, the Cabernet Franc, and was planted in Israel in the early stages of the wine revolution.Reflecting on the rows of Cabernet Franc that he planted, Na’aman feels he is coming back to his roots: “The Cabernet Franc is an original Israeli grape. It was away for hundreds of years and is now making aliya. It is coming back home.”The Cabernet Franc is not the only item returning to its roots in northern Israel.Na’aman’s father was a regional commander in the Galilee when Israel was established and his mother fought alongside in the 1948 War of Independence.Continuing in his parents’ footsteps, Na’aman served as a major in the paratrooper brigade and volunteered to stay in the military reserves well beyond the retirement age. His two sons and daughter are also officers in the IDF.As a volunteer reserve officer, Rami took part in the Second Lebanon War in 2006. A barrage of Iranian missiles, mortar fire and rockets fell on northern Israel during that war, burning, among many other things, acres of vineyards.“The war broke out at a particularly sensitive time for our winery. We were in the process of planting our new vineyard,” he recalls. “The war prevented us from getting field workers, but the planting needed to be done.”Na’aman used the short breaks he had from his military duties to plant those seeds himself: “Rockets were falling by my side,” he recalls.But the planting was done and harvest of his older field of Cabernet Sauvignon was due shortly after the war was over. While that field was spared the fire, upon tasting the grapes, he realized that the grapes had to be rejected. The surrounding fires, smoke, rain, and weeks of collateral destruction made the grapes smoky. He was ready to discard the grapes, but in consultation with his wife and friends, he decided to make do with what he had. The result was a 2006 Cabernet Sauvignon that was adored by wine drinkers for its deep smoky taste. “One particular client from England has been ordering it regularly ever since. The only problem is that I am about to run out,” he says.Na’aman is not only well rooted to the land, but also sensitive to its people and their religious practices. Na’aman, who does not have a kosher certificate from the rabbinate, explains, “The rule that whoever touches wine needs to keep Shabbat is not in Halacha [Jewish law]. It was a rule that was invented 20 years ago,” he says.Proud to be producing wine from kosher grapes and following kosher rules, he has spoken to rabbis and views this matter in a historical context. “I am a Jew making wine in Israel. My predecessors centuries ago could touch their wines. I must do the same.”SUCH HISTORIC context is central to the experience of many wine makers. For Vered Ben-Saadon, who along with her husband, Erez, owns Tura Winery, going back to the roots was the primary drive to establish a vineyard: “It is a special feeling to be fulfilling Jeremiah’s prophecy – to plant vineyards in the Samarian mountains.” 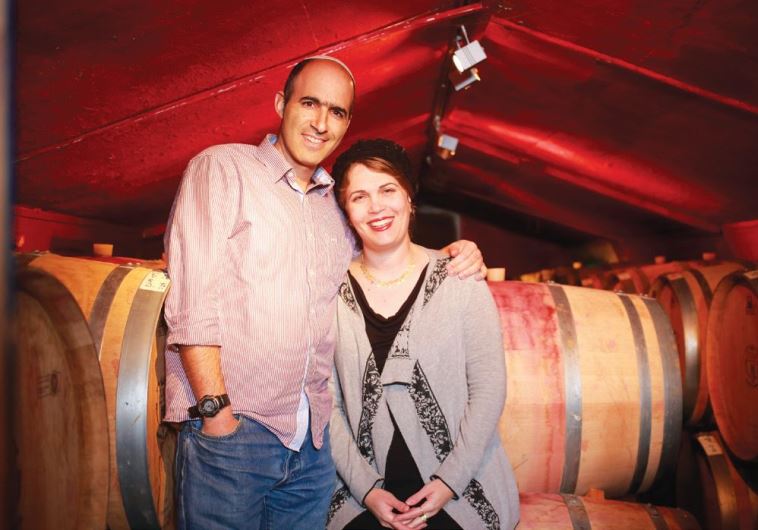 Ben-Saadon was born to a family of Holocaust survivors on her father’s side and of Nazi collaborators on her mother’s side.Some of her great-uncles were convicted after World War II for crimes they committed during the war, and served jail time.Ben-Saadon is very much in tune with her past on both sides. “My mother made a correction by converting to Judaism. I am continuing to make that correction by living in Israel and having my children serve in the IDF, the Jewish state’s military. I tell my children that we must have the courage to look back at our past without feeling guilty, but by responding with deeds.” 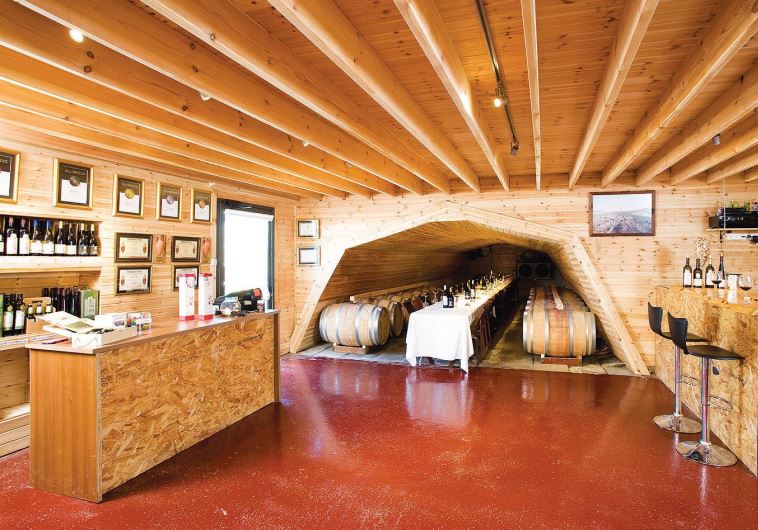 Cultivating the land of Israel and producing wine here is one way in which Ben-Saadon makes good on her promise to herself. Like Na’aman, Vered and Erez did not initially plan to built a winery. They started by planting a vineyard in the 1990s on Samaria’s Mount Gerizim. “The terroir of Mount Gerizim is conductive for grape growing. In particular, the Merlot thrives in this terroir.” She explains: “The 850-meter elevation and wide temperature swing between day and night produces a unique Merlot that is heavier and more full-bodied, very fruity, and with balanced tannin. To many, our Merlot feels more like a Cabernet Sauvignon.”The Ben-Saadons’ success in selling their Merlot and other grapes to Israeli wineries hit a hurdle when some wineries, responding to pressure from Europe, stopped buying their grapes in fear of boycott.“Those Europeans who might have wanted to cause us harm gave us the greatest blessing we could ever imagine,” Ben-Saadon recalls. They decided to make better use of their grapes by establishing their own winery in 2003. Today, Tura Winery makes 56,000 bottles a year, 40% of which are exported. Tura’s success allowed Vered and Erez to expand their vineyard from two hectares to 56 hectares, selling grapes to 30 wineries in Israel. “We pick the best grapes for Tura, but still the grapes we sell command one the highest price on the market – NIS 8 per kilogram – reflective of their high quality.”Ben-Saadon is aware of the controversies of having her winery in the West Bank. But just as she chose to engage with her own past, she chooses to engage with the controversy rather than attempt to ignore it: “Pro-Palestinian groups come by the winery frequently and are very much welcomed – the same with ambassadors and diplomats who are on their way to Nablus or Jenin. If our wine can facilitate dialogue, then we have done something right.”Ben-Saadon feels that her visitors from Israel and abroad contribute to better understanding: “It is so important for people to come and see the other side.” She says, “Most people who come are surprised, since they had a particular vision of the life and views of settlers. There are very strong differences of opinions, but they are usually discussed civilly. Only once did we have violence; Jewish American college students filled our charity box with sand and sabotaged our barrels.”About her Palestinian neighbors, she says, “I am sure that if we meet, we will agree on 90% as people to people, mothers to mothers, humans with similar values. But the environment of fear and lack of trust does not permit it.”With 27 medals under its belt, political disagreements don’t prevent Tura Winery from winning competitions in Europe. Most recently Tura’s Mountain Peak and Merlot won silver medals in the prestigious decanter blind-tasting competition in England.Wine makers like Vered Ben-Saadon, Rami Na’aman and dozens of others who returned to their roots give the Israeli wine industry promising prospects. While the quality of Israeli wines is widely recognized, broad access to the overseas market is still lagging.During the same period that the Israeli wine revolution was taking place, another wine revolution in another part of the world also began to bear fruits. Another little-noticed wine region with limited overseas exposure slowly began to win competitions in Europe, collect medals and become one of the premier wine destinations in the world. That once little-known region was Napa Valley, California – which now attracts 4.5 million enotourists a year.Napa Valley took about 120 years to achieve break-out success since its first vineyards were planted. Today, roughly 120 years after the first vineyards were planted by Rothschild and since Herzl was inspired by those wineries, one wonders: will Israel be the next Napa Valley? Sip after sip, the fascinating journey of Israeli wines continues.The writer is chairman of the America-Israel Friendship League think tank and founder of the Jerusalem Wine Salon.