Zooming in on Leonid Padrul

The artistic photographer’s works, which were curated for Israel’s first museum-photography exhibition, will be on display in Jerusalem through the beginning of February.

By GALIT EDUT
JANUARY 23, 2018 20:10
The Dead Sea as photographed by Leonid Padrul
(photo credit: LEONID PADRUL)
Advertisement
From snowy peaks 6,000 meters above sea level to the arid landscapes of the Dead Sea 414 meters below sea level – artistic photographer Leonid Padrul has captured the broadest range of local landscapes in his extraordinary shots.Padrul made aliya from Ukraine in 1994 after completing diverse art studies. 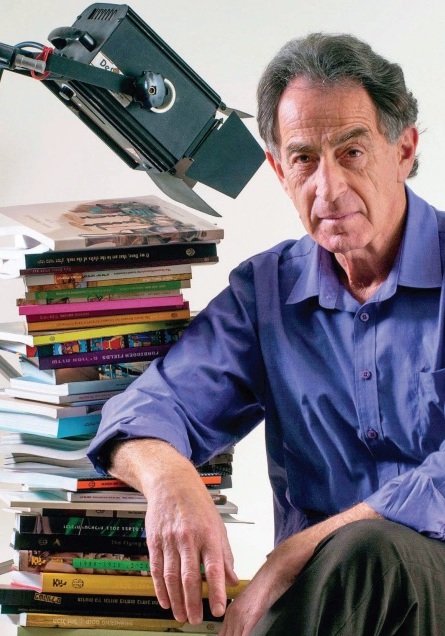 He won coveted prizes and certificates of appreciation for his artistic advertising work, as well as for landscape shots he took during hiking trips. He spent his first six months in Israel studying Hebrew in ulpan.“I didn’t have a job at the time, so I had to work as a cleaner,” Padrul recalls. “It was very frustrating, but I was also actively looking for work in my field.”During his search for employment, he met photographer Gregory Vinitsky, who was the chief photographer at the Eretz Israel Museum in Tel Aviv.“Gregory knew my approach and told me, ‘You’re suitable for museum work,’” relates Padrul.That’s how Padrul began his professional career as head of photography at the museum, from which he retired last year. He is one of only a handful of people in Israel who know how to take the specialized kinds of photos required for such work.How is museum photography different from other types of photography? “After the artistic photographs I took in the Soviet Union, all of a sudden they were telling me to take pictures of ancient objects. For me, this was like photographing ghosts. But in time, I learned to recognize their charm.“For this kind of photography,” Padrul explains, “you need to have absolute mastery over all the artistic foundations and also to have an understanding of the materials, in order to successfully show the uniqueness of each object and to transform a three-dimensional object into a two-dimensional form. Photography can bring out extra elements, but you have to know how to capture them.”One of greatest examples of Padrul’s tremendous talent is his photograph of a statue of the goddess Hathor that is located in Timna Park.“When I picked up the statue, I saw it was the size of a five-shekel coin,” says Padrul. “It was very hard to see the details of the statue. I searched for a long time for an angle that would turn the flat figure into a three-dimensional work of art. In the end, it was like Leonardo da Vinci’s Mona Lisa, and everyone loved the photograph.It appeared in an exhibition at the Israel Museum in Jerusalem, was featured on the cover of the International Journal of Archeology and was displayed all around the world.”Do you find that you are more interested in history and archeology nowadays? “Absolutely. In 2002, alongside my work at the museum, I also took photographs for Israel’s National Geographic Magazine.They sent me to photograph excavations in a cave in Qumran, but I needed to use rock-climbing equipment to reach the objects. It was an absolutely incredible experience and the photographs I took were stunning.”A number of Padrul’s choice museum photographs, which are works of art in their own right, are currently on display in an exhibition at the Israel Museum called Ohr Yikarot. This is the first museum photography exhibition in Israel, and it will be on display at the Jerusalem International Convention Center through the beginning of February.Thousands of people have already visited the two-year-old exhibition, which displays photographs of artistic objects, collectibles and artifacts from Padrul’s professional archive.“We established the exhibit with our own money, since we couldn’t find any professional body to finance it,” Padrul says. “We knew how significant this was for Israeli culture.”In addition, Padrul is also showing his work at “Biblical Landscapes,” a traveling exhibition that focuses on the Dead Sea and the Judean Desert. It has been traveling around the world for a few years now, with the support of the Israel Foreign Ministry.“I participated in delegations for 10 years, during which I would watch how the light fell on the mountains. I photographed many landscapes in the Soviet Union, but the first time I arrived in the Judean Desert and the Dead Sea, I saw a completely different light,” Padrul explains.“It was love at first sight. Whenever I visit this area with my family, I wake up at 3 a.m. and go wandering around on foot so that I can feel the light and my historical roots and shoot the best photographs.”His family members are also artistic in their own rights. His wife, Elina Kwitkovsky, is a director and curator. Their daughter, Juliana Gurkorov, is an artist who developed a special technique with her mother that combines sculpture and photography, which was displayed at the Tel Aviv Cinematheque in an exhibition called “Last Generation.”Another project that is close to their hearts is “Israel in a New Eye,” in which new immigrants who are artists are asked to take photographs of Israel from their point of view. The photo archive is located in the National Library in Jerusalem, and the exhibition is sponsored by the Ministry of Immigration and Absorption and the Center for Absorption of New-Immigrant and Returning-Resident Artists.“We understand the importance of artistic photography for the development of culture in Israel. It should be on the same level as ballet or classical music,” they say.“We’ve spent our entire lives promoting these programs, and we will continue to support them.”Although Padrul retired last year, he continues taking photographs and developing his art. At the moment, he’s learning 360-degree photography. “I’m searching for the fourth dimension – the future of art,” Padrul says.“It’s not simple being an Israeli artist, but it’s been a very special experience for me. I’m proud to be part of the new Israeli culture, which is a colorful mosaic of cultural diversity.”Translated by Hannah Hochner.