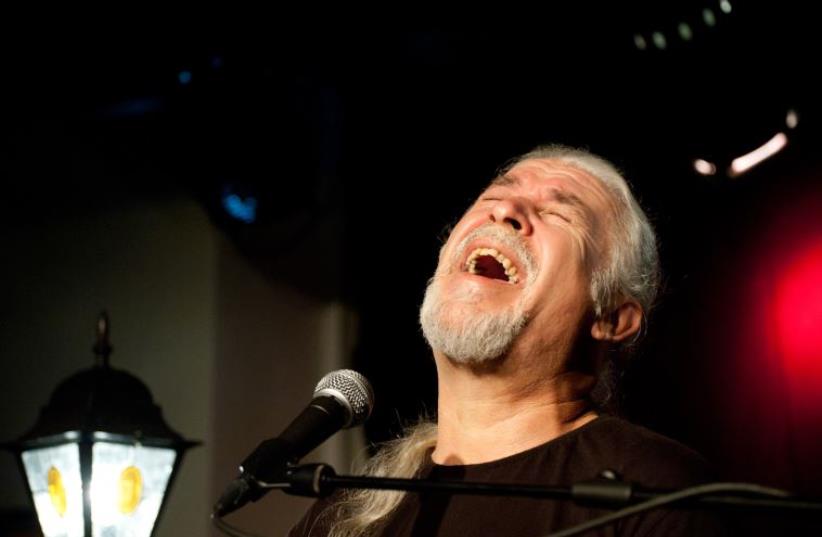 Shlomo Gronich
(photo credit: GILAD AVIDAN/WIKIMEDIA COMMONS)
Advertisement
The day before a scheduled lifetime achievement award from the Education Ministry, singer and songwriter Shlomo Gronich was accused of sexual assault in two incidents dating back more than 20 years.According to Channel 2 News, which first reported the story, a woman lodged a complaint with the police on Sunday that Gronich sexually assaulted her when she was 17, approximately 25 years ago. The woman also sent a letter to Education Minister Naftali Bennett, asking him not to award Gronich with the award on Monday evening. On Monday, a second woman approached the Education Ministry with her own testimony.According to Channel 2, the first woman’s letter to Bennett said: “From the moment I was told the Education Ministry intends to give a lifetime achievement award to Gronich, I have been agitated and restless.”After declining to make a decision on the prize all Monday, the Education Ministry went ahead with the ceremony. Gronich himself did not appear at the awards, but his wife, Michal Adler, came to accept it on his behalf.The first woman told Ynet that when she was 17, she was in a youth band and Gronich came to hear them perform. “I approached him, I introduced myself and told him that I wrote a song I wanted him to set to music.”Gronich, she told Ynet, invited her to his home, where he took a grape and rolled it across her chest. She said she fled his house and took a cab home. The singer would have been in his 40s at the time of the alleged event.On Monday evening, Channel 2 reported that the Education Ministry had been approached by a second purported victim. This woman said that when she was 16, Gronich drugged her and tried to rape her. She told Channel 2 that she does not recall much of the evening, but remembers waking up naked in his bed and him attempting but failing to penetrate her.In announcing the award in July, the Education Ministry said the musician was being recognized for bringing the stories of Ethiopian Jewry to the mainstream.“Shlomo Gronich was the first to widely publicize the stories and culture of Ethiopian Jewry and to make available a whole piece of Jewish culture that was hidden – with the Israeli public,” said the prize committee at the time.One of Gronich’s most famous songs, Song of the Voyage, tells of the harrowing trip many Ethiopian Jews took to reach Israel through the deserts of Africa.