Despite terror wave, tourism to Israel increased in October 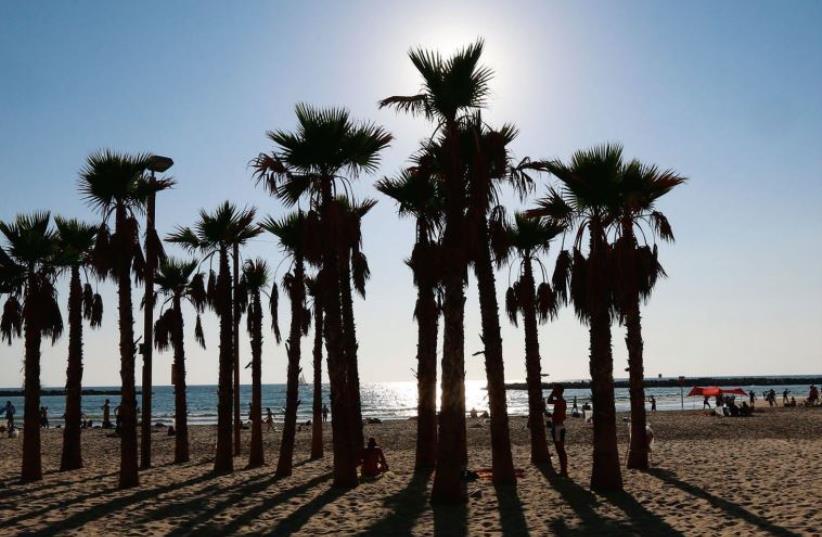 Tel Aviv beach
(photo credit: GOISRAEL)
Advertisement
The Central Bureau of Statistics reported on Tuesday a pronounced spike in tourism during October, despite the wave of terrorism that began in the nation early last month.According to the CBS, approximately 290,000 tourists visited Israel in October, compared to 224,000 visitors in September, marking a 29% increase.Additionally, CBS reported that 5% more tourists came to the country last month than compared to the same period last year.CBS said it partially attributed the spike in tourism to the International Astronautical Congress, hosted at Jerusalem’s International Convention Center, which was attended by over 2,000 people from 60 countries.Billed as “Space – The Gateway for Mankind’s Future,” the 66th annual IAC conference – which is hosted in a different country every year – featured astronaut Buzz Aldrin, panel discussions, and workshops with the world’s leading space experts.The five-day conference, held in coordination with the Science, Technology and Space Ministry, was from October 12-16.Overall throughout October, 257,000 tourists arrived by plane, 25,000 came via the border with Jordan, while 8,000 entered from Egypt.Still, the encouraging report belies a dramatic economic downturn that has crippled Jerusalem’s economy since the recent Palestinian terrorism wave began.To assist foundering area businesses, Jerusalem Mayor Nir Barkat has initiated a campaign to draw more tourists and aid business owners.Moreover, in a sharply-worded letter sent to Prime Minister Benjamin Netanyahu earlier this month, following broken down talks with the Finance Ministry, Barkat accused Netanyahu of not following through on his pledge to provide emergency funding for the capital.