Prof. Boaz Zissu Dr. Yossi Nagar and Dr. Haim Cohen with the skull
(photo credit: CHEN GALILI/TEL AVIV UNIVERSITY)
Advertisement
It’s well known that the Land of Israel has been a contentious place riddled with conflict for millennia. Now, Israeli archeologists have discovered the earliest evidence of that in a cave in the Jerusalem hills, the Antiquities Authority announced on Wednesday.During an archeological survey of the cave, Prof. Boaz Zissu, of Bar-Ilan University’s Land of Israel Studies and Archaeology Department, discovered a human skull and bones from the palm of a hand dated to the 10th-11th centuries CE that appear to belong to a victim of a revenge killing. 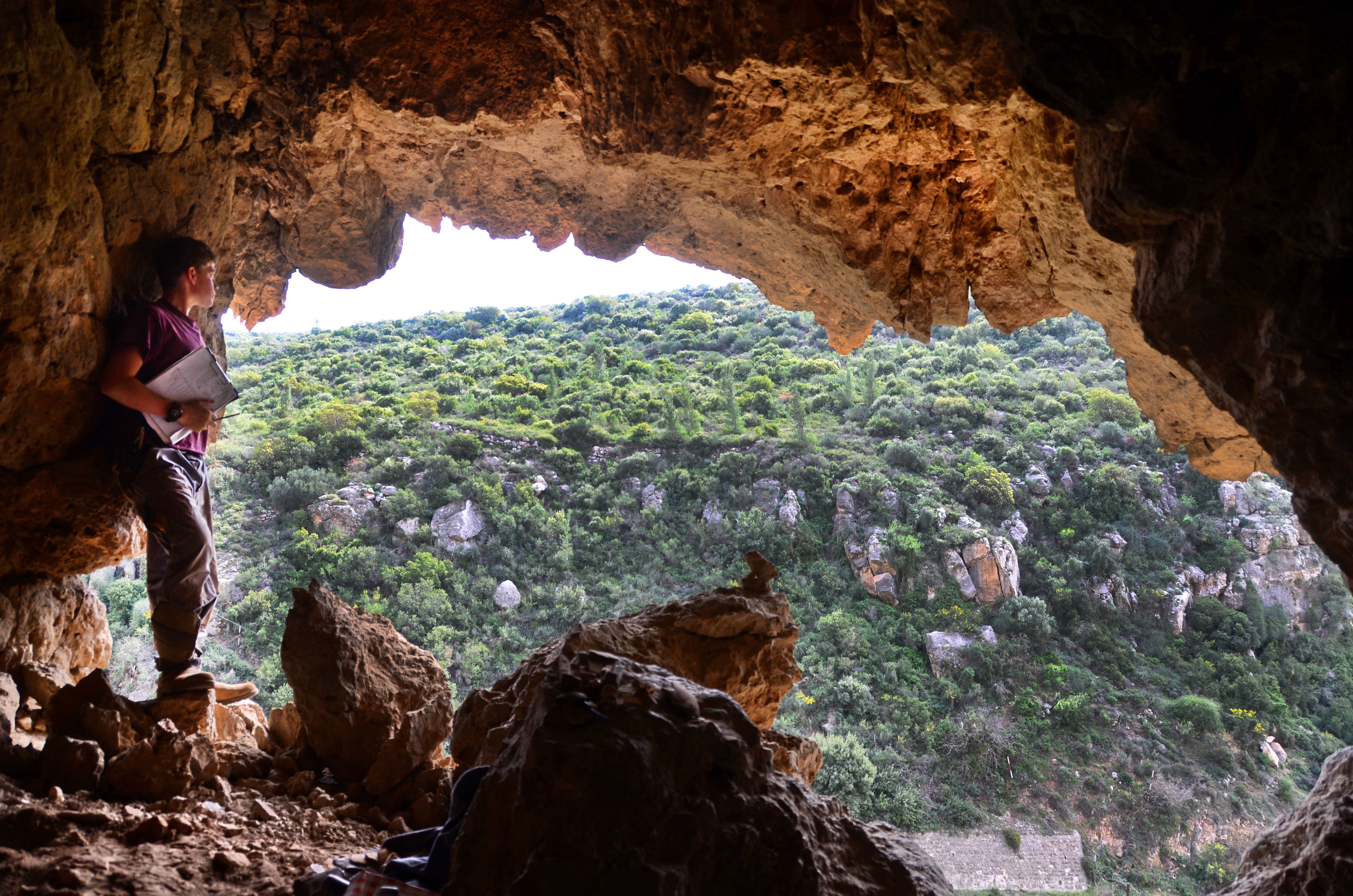 The cave in the Judean Hills where the skull was found (Credit: Prof. Boaz Zissu, Bar-Ilan University)The skull shows evidence of previous traumatic injuries that had healed, as well as signs of a direct blow by a sword that caused “certain and immediate death.”Blood vengeance is the practice of killing an individual or group, such as a family or tribe, in revenge for the slaying of a relative or clansman.Dr. Yossi Nagar of the Antiquities Authority and Dr. Haim Cohen of the National Center for Forensic Medicine and Tel Aviv University identified the bones as belonging to a male between the ages of 25 and 40. The skull appears to bear traits of the local Beduin population, who came from Jordan and northern Arabia and inhabited the Jerusalem hills during the 10th and 11th centuries. 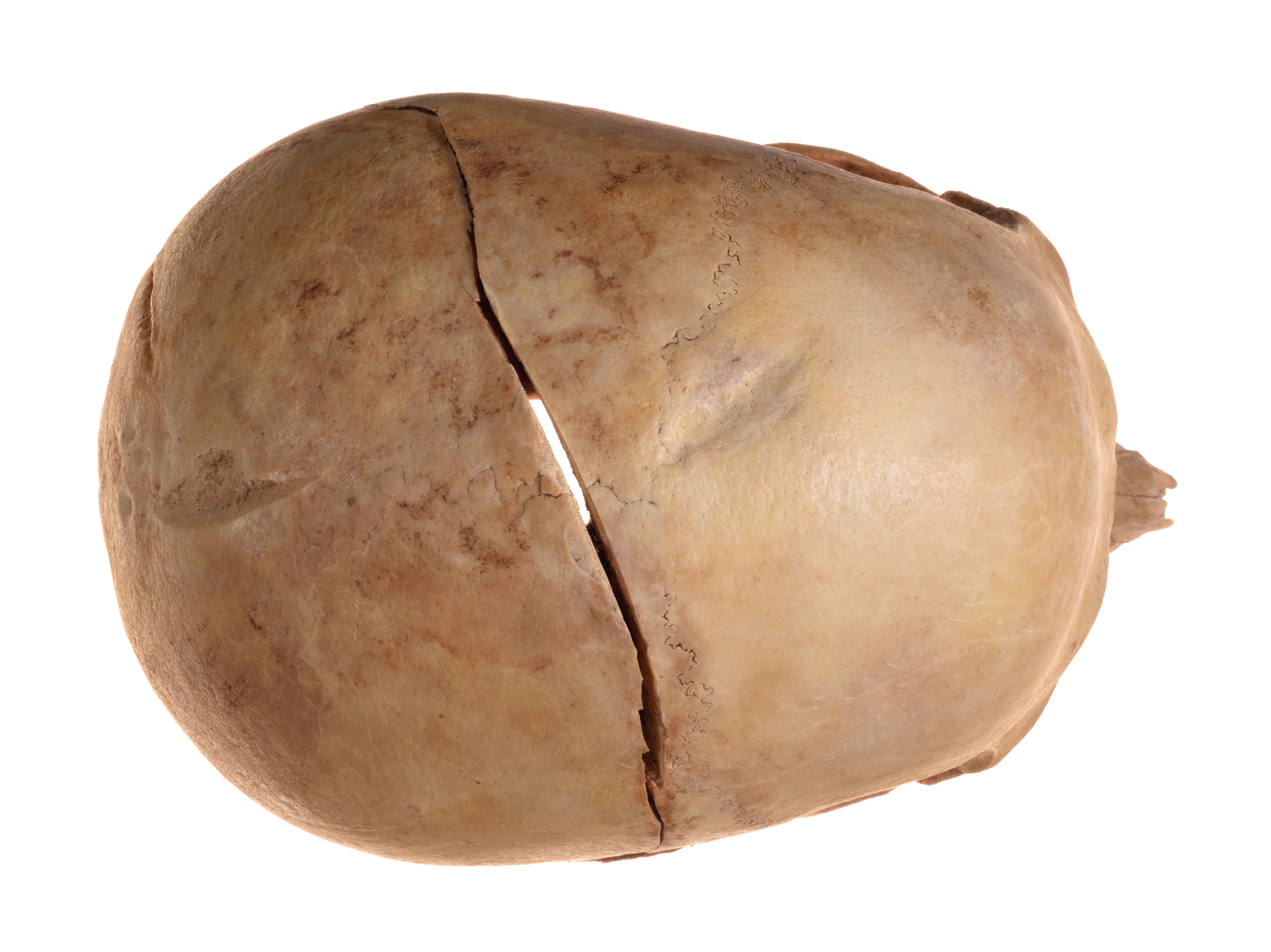 The cracks in the skull (Credit: Clara Amit, Israel Antiquities Authority)According to Nagar, records published by 20th-century archeologist and ethnographer Pessach Bar-Adon outline a case of Beduin blood vengeance in which a murderer presents the skull and right hand of a person killed out of revenge. These are the same body parts recovered this week, which were “obviously specifically selected,” Nagar said.The Antiquities Authority noted that researchers see wounds from previous violent incidents and death from a fatal blow as evidence the remains belonged to a victim of blood vengeance.Because the remains of only one individual were found, and no army passed through the remote area, “It is surely a case of inter-personal violence,” Nagar told The Jerusalem Post.“Blood vengeance was practiced by Beduin in remote areas in order to deter others from using violence against them,” he said. “[During] this period 1,000 years ago, the area was not well-controlled by the authorities, so such a practice was a must in order to survive. Combining together the selected skeletal elements [and] the history of the period, blood revenge is the most probable interpretation.”Blood vengeance is also mentioned in the Torah and outlined in the Book of Numbers.The Kingdoms of Israel and Judah contained dozens of towns known as “cities of refuge,” where someone who killed through accidental manslaughter could find asylum from the family of the slain who were seeking revenge.