After learning that the CIA was threatening to not help Israel during the Yom Kippur War, then-Mossad chief Zamir reportedly instructed Halevy to call Walters and say 'kiss my a**.' 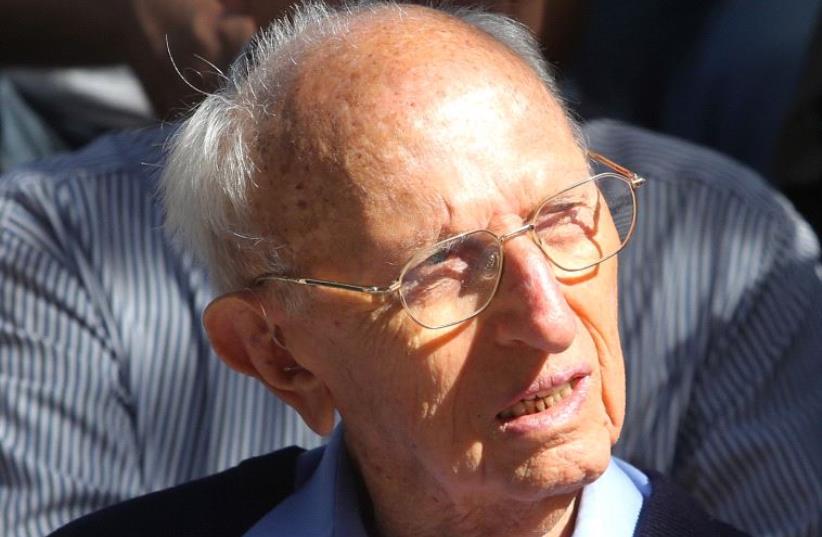 Former Mossad chief Zvi Zamir
(photo credit: MARC ISRAEL SELLEM/THE JERUSALEM POST)
Advertisement
During the Yom Kippur War then-Mossad chief Zvi Zamir was told that the CIA was threatening to not help Israel. What was his response? He told his own deputy Efraim Halevy to call then-CIA deputy head, Lt.-Gen. Vernon A. Walters, and say "kiss my a**," Ynet in Hebrew reported. Halevy, also a former Mossad head, told the story at the annual FSU Study Association conference this past weekend in Ashdod.Walters told Halevy that the US was not sure if Israel really needed its help, and that it wanted a summary of the war from Israel saying that Israel would win – because US policy was to support the winner, according to Ynet. Halevy further stated that the CIA official threatened that if Israel did not give the US what it needed by the end of the day, the CIA would sever all ties with the Mossad and Israel.Before he knew it, Halevy was presented with a non-secure phone, meaning the conversation could be heard by anyone, and Zamir was on the other end. He reportedly instructed Halevy to call Walters and say 'kiss my a**.'There were no clear indications that Israel was in dire straits – even though it lost nearly a third of its military power within a week, according to Halevy. He then decided to write a report that would make the Americans determine that Israel was the victor without deceiving this counterpart.The report, according to Ynet's reporting of Halevy's account, was only given to then-CIA head James Rodney Schlesinger and Maj.- Gen. Mordechai Gur who met in a closed room, at the Mossad's request. When the Israelis arrived at the Pentagon and stepped into the closed room, the Americans said that they did not need to take notes during the meeting, saying they would remember everything. Halevy said that was when they realized there was a recording device in the room.The US did end up helping Israel, despite the fact that there was no defense contract between them."The question was whether, at that moment, the US's national interest was to help us because they were sympathetic to us, or because they realized that, together with their help, we had a chance to win," Halevy concluded.