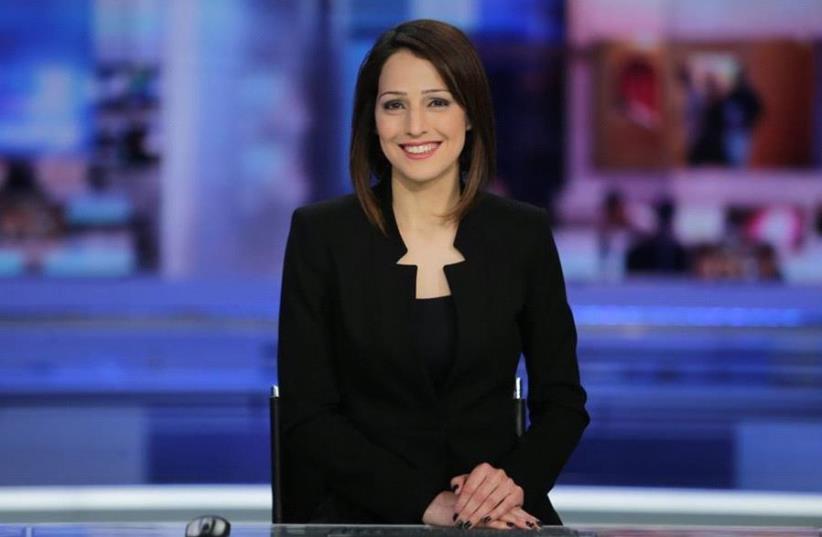 Ghadir Kamal Meriach
(photo credit: FACEBOOK)
Advertisement
There have been a lot of new faces on Channel 1 over the past 18 months, despite the fact that the Israel Broadcasting Authority is set to cease operations on April 30, to be replaced by the Israel Broadcasting Corporation.While in the process of becoming history, IBA is making history. On Saturday evening, for the first time, its Channel 1 featured a female Druse presenter on the weekend news.Ghadir Kamal Meriach, 32, has been working at IBA since 2011, presenting the main news broadcast on its Arabic-language channel. Meriach is married with two children. She lives in Daliat al-Carmel, where Rafik Halabi, former news director of IBA, has been mayor since 2013. Yoram Cohen, the acting editor of IBA’s news department, regards Meriach as an excellent presenter, and said that it was high time that minorities were given equal opportunities in Israel’s communications industry.Meriach was commended for doing a very professional job on Saturday's broadcast by veteran news presenter, interviewer, journalist, program host and Israel Prize laureate Yaakov Ahimeir. Ahimeir also wished her luck in her expanded career.Minority representation in the communications field is not dependent solely on majority employers. There are also cultural traditions to overcome. While prominent female Arab-Israeli news presenters and journalists have been seen on Israeli television for decades, the Druse community, with rare exceptions, continues to take a more conservative attitude regarding women working outside their villages.