Lt.-Col. Pinto, who fought in Ramallah examines the situation 15 years after the largest military operation in the West Bank since the '67 war, which 29 IDF soldiers and over 250 Palestinians dead 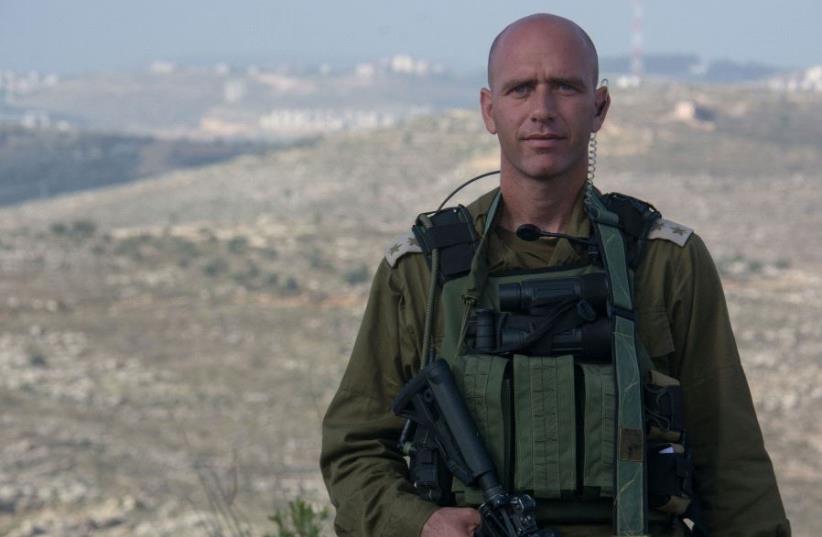 Lt.Col Yair Pinto
(photo credit: IDF SPOKESMAN'S OFFICE)
Advertisement
Israel launched Operation Defensive Shield 15 years ago – its largest military operation in the West Bank since the 1967 Six Day War – calling up reservists and sending troops and heavy weaponry deep into the hearts of six major Palestinian cities, surrounding towns and West Bank refugee camps.The Second Intifada, from September 2000 to mid- 2005, saw close to 1,000 Israelis killed and thousands more injured, as hundreds of Palestinian terrorists staged deadly attacks across the country.On March 27, 2002, Hamas operative Abdel-Basset Odeh blew himself up during a Passover Seder in Netanya’s Park Hotel, in an attack that killed 29 people and wounded 64 more. That was the catalyst for then-prime minister Ariel Sharon to launch Operation Defensive Shield on March 29, with the goal of stopping terrorist attacks by regaining control of the West Bank, in particular the cities in Area A that are under the sole control of the Palestinian Authority.Lt.-Col. Yair Pinto – a company commander in the Kfir Brigade at the time – was taking part in a drill when his unit received orders to enter Ramallah. They all knew the ground on which they would be fighting.“While we understood that this would be a significant operation, we didn’t know exactly what it was going to be like. But we were prepared for war,” Pinto told The Jerusalem Post during a tour of the northern West Bank.“It was the first time that we entered Palestinian cities with such heavy weaponry” such as tanks and armored personnel carriers, he added.While the most intense fighting took place in Jenin and Nablus, Pinto said he and his soldiers met almost no resistance in reaching the center of Ramallah, their desired position.“Almost everyone who stood against us with their weapons just ran” during the initial push into the city, Pinto recalled. It was only in the days following their entry into Ramallah that they faced armed opposition.During the operation, the IDF seized massive quantities of weapons and uncovered 23 explosive laboratories.In the process, 29 soldiers died and another 127 were wounded. Palestinians reported at least 250 fatalities among their own, with an additional 400 injured and more that 5,000 arrested, including former Fatah secretary-general in the West Bank Marwan Barghouti, who was captured by Pinto and his soldiers.While the operation’s full impact was not apparent until the Second Intifada ended in 2005, its stated goal was immediately apparent and remains so even today.“The situation we had back then – with suicide bombers coming into the center of the country blowing themselves up – we don’t have that now. Hamas suffered a death blow from the operation,” Pinto said.He credits the relative quiet in that resulted from that military action to several changes on the ground: The security barrier Israel began to construct shortly after the operation; Palestinian security officials who understand the need to crack down on potential terrorists; and opposition to a new popular uprising among the general Palestinian population.“It’s an altogether different environment on the ground now as compared to 15 years ago,” Pinto said.While peace between Israel and the Palestinians any time soon seems unlikely, nearly 18 years after serving in the West Bank, Pinto the current situation is “the best situation I’ve ever seen.”But he was quick to warn, “It’s when it’s quiet that soldiers ask why we are still here and let their guard down. Terrorists will always look for where we are not prepared, so we must remain alert at all times. We know that under the radar there are those who still want to carry out an attack.”