Shalom has denied the allegations against him. 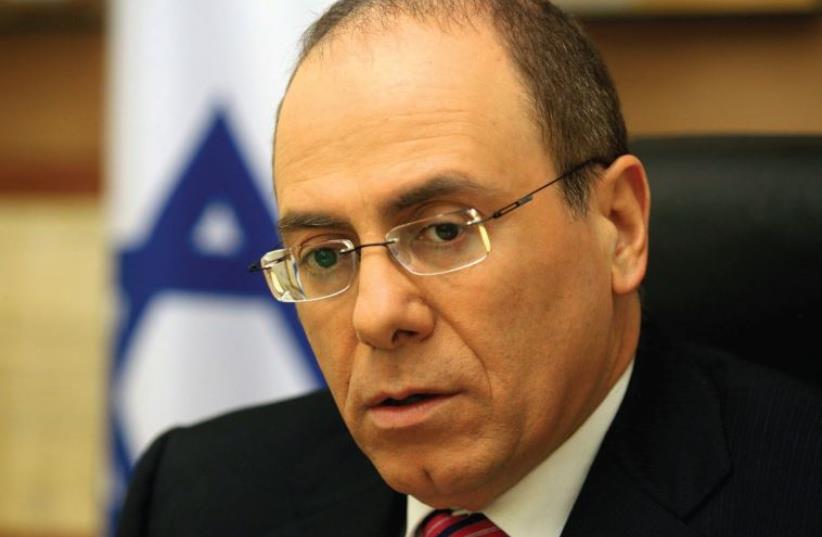 Silvan Shalom
(photo credit: MARC ISRAEL SELLEM/THE JERUSALEM POST)
Advertisement
A woman who was allegedly sexually harassed by former minister and Likud party politician Silvan Shalom filed a police complaint on Tuesday, Army Radio reported.According to the report – which police said Tuesday they will neither confirm nor deny in order to avoid violating laws that protect complainants – the alleged harassment happened during a meeting the two held three years ago.Channel 2 reported that the woman who filed the complaint was a 60-year-old palm reader who had spent time at the Shalom family house. The report said she demanded hundreds of thousands of shekels or she would come forward about sexual harassment by Shalom.The complaint would be the first official police complaint issued against Shalom, which would require a criminal investigation.In December, Shalom resigned from office after more than two decades of public service, after 11 women came forward to complain that they were sexually harassed by Shalom, but none have filed a formal complaint since then.Shalom has denied the allegations against him. His associates said he did not and would not respond to what they termed a letter of extortion that alleged he would attack a woman in the middle of the day in his own home. His wife, Judy Nir-Mozes Shalom, made a point of tweeting the Channel 2 report about the alleged extortion.The former minister is expected to be questioned by police.Senior law enforcement officials told Channel 2 that police complaint was "not serious" and that the women was only alleging that Shalom had touched her hair and legs.