Five Jews detained near Mount after scuffle with Arabs, police 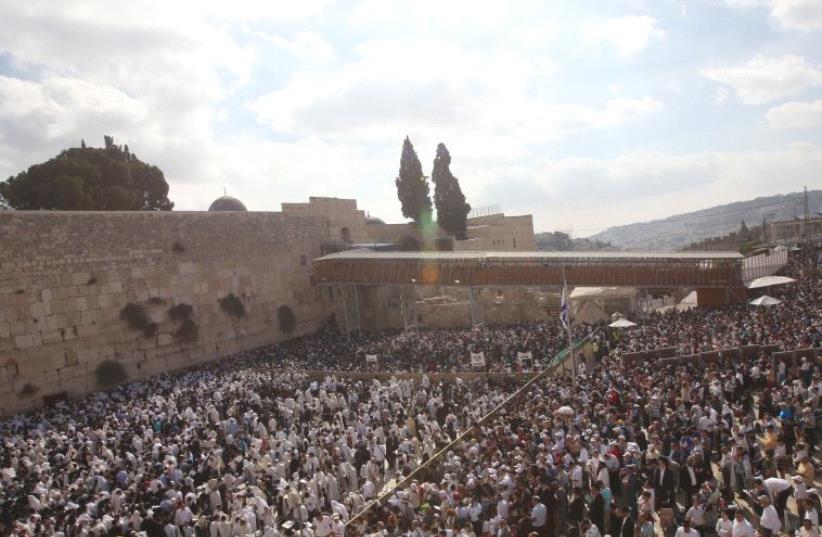 Priestly Blessing at The Western Wall
(photo credit: MARC ISRAEL SELLEM)
Advertisement
Police detained and removed five Jewish men at the Mughrabi Gate entrance to the Temple Mount on Thursday morning following a scuffle with Arabs and officers.The unidentified men, who intended to visit Judaism’s holiest site after more than 100,000 Jews converged on the Western Wall for the priestly blessing, refused to leave the area when police intervened, and continued to fight with the responding officers.Still, police said that some 1,800 people have visited the Temple Mount without incident since Monday, the beginning of Passover, when it is traditional for Jews to make pilgrimages to Jerusalem.Despite Thursday’s scuffle, police spokesman Micky Rosenfeld said no major incidents of violence have interrupted the holiday, which this year coincides with Easter.“There were over 100,000 people in the Old City today for the Priestly Blessing and this was the only incident that took place,” said Rosenfeld.“Security assessments are continuing throughout the Passover festival through the weekend, as well as for the Holy Fire ceremony at the Church of the Holy Sepulchre in the Christian Quarter on Saturday, where more than 50,000 Christians are expected.”Earlier this week, police arrested one man and detained 16 others, including several minors, for allegedly attempting to smuggle a goat onto the Temple Mount in an effort to carry out the ancient Passover sacrifice.The goat was unharmed, and subsequently handed over to the Agriculture Ministry.JTA contributed to this report.