Surveys show that people aren't feeling the effects, however; the study cited survey that show 93% of Israelis believe prices have continued to rise. 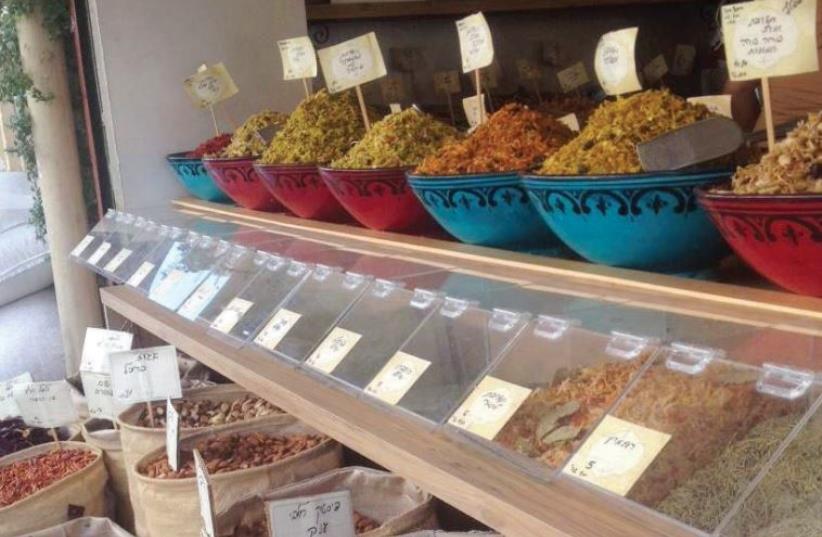 Bins of spices and nuts, sacks of grain, piles of fat olives, bakeries and scruffy little food joints at the famous Levinsky Market.
(photo credit: ALLAN RABINOWITZ)
Advertisement
Despite the fact that food prices have been dropping in recent years, the public thinks they are getting more expensive.According to a study the Finance Ministry’s chief economist’s office released Sunday, food prices in the country have been on the decline in the past two years, though they are relatively higher than most advanced economies.Surveys show people aren’t feeling the effects, however; the study cited survey that show 93 percent of residents believe prices have continued to rise.The study attributes the 2.3% decline in food prices between 2013 and 2015 to a global drop in energy and commodity prices, which affect the production cost of food, as well as a drop in taxes the government initiated that has brought the general price level down.Salt and sugar prices dropped 8.8%, cereals fell 5.9%, canned and frozen goods fell 5.1%, dairy products dropped 4.3% and eggs declined 4.1%. The category of meat, poultry and fish was the only one to rise, at a rate of 5.2%, though the government passed a new reform to introduce more competition in that sector in the past week.Though the study noted several laws meant to increase competition in food markets, it said more research was required before the policy could be definitively linked to the price effect. The correlation between lower concentration and lower price was noteworthy, but still fairly weak thus far.The study did concluded, however, that the price decline was not due to the public shifting its purchase habits toward less expensive brands, nor from an increased effort to buy at discount outlets. Quite the contrary, the study found an uptick in shopping at convenience stores, which tend to be more expensive than the large supermarket chains.