The state altered its position on the issue on August 1, with the High Court issuing a ruling on August 4. But the decision has come to light only now. 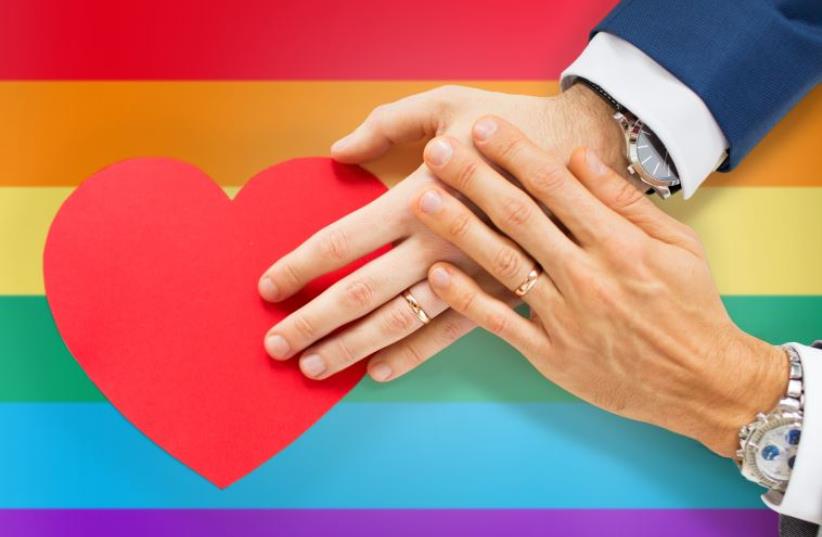 Gay marriage
(photo credit: INGIMAGE)
Advertisement
The High Court of Justice and the state have agreed that common-law spouses, including homosexuals, can become citizens without the need to drop their prior citizenship, following a petition by the Association for Civil Rights in Israel.“After years, the Interior Ministry understood that there was no justifiable reason to discriminate against common- law couples versus married couples,” ACRI lawyers Oded Feller and Tal Hassin said on Monday. “It is too bad that it took a petition… and still discrimination will continue against common-law couples versus married couples.”The state altered its position on the issue on August 1, with the High Court issuing a ruling on August 4. But the decision has come to light only now.The case concerned permanent Israeli resident Kittipoom Putubtim, who is originally from Thailand but who sought Israeli citizenship, and has been a couple with Israeli citizen Alon Maimon for years.Putubtim started to acquire aspects of being a permanent Israeli resident as early as 2008 and had fully achieved permanent resident status by June 3, 2015.At that point, he expected to receive Israeli citizenship, but was told in October 2015 by the Interior Ministry that receiving citizenship would require him to abandon his Thai citizenship.This renouncing foreign citizenship requirement is not imposed on married couples, but the ministry said it would apply to him since he was not part of a married couple.The couple petitioned the High Court and the court issued an initial order in March indicating that the state might be on shaky ground.In response, the state decided to grant Putubtim citizenship without the need to drop his Thai citizenship in his specific case, but without fully equating the rights of married and common-law couples.To accomplish this, the Interior Ministry said it would invoke its own discretion to declare Putubtim as fulfilling requirements for citizenship, without completely altering the law to equate common- law couples with married ones.The state also appeared to commit to using its discretion in other similar cases going forward.However, by making the change for Putubtim and others dependent on its discretion, and not on changing the law, the state left itself the ability to reject some unspecified future requests which it otherwise might have had to accept.While declaring overall victory, Feller and Hassin did complain that the decision left in place a system in which common-law couples go through a far longer and more complex process to gain naturalization than married couples.