“There have been 10 years of quiet in the north... This is first and foremost thanks to all the IDF soldiers who fought in the Second Lebanon War and the time has come to thank them.” 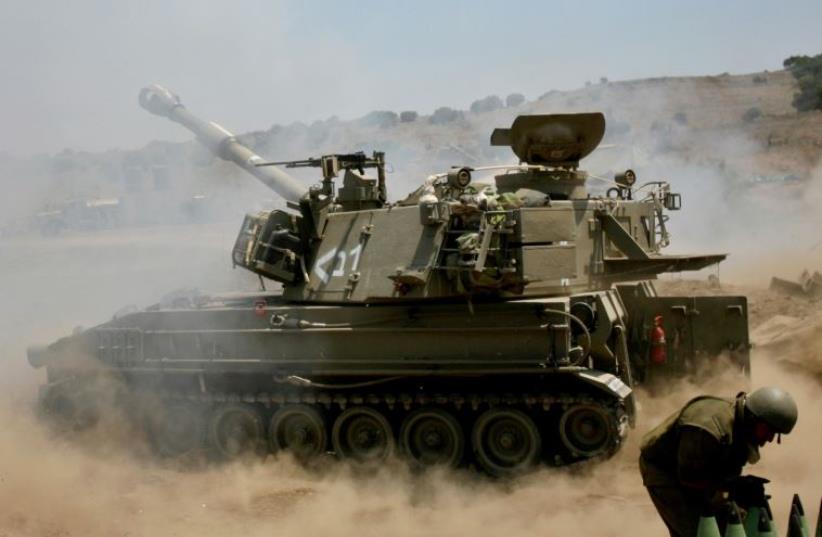 Israel retaliates after Hizbollah rockets hit Israeli city of Haifa
(photo credit: GILI COHEN MAGEN/REUTERS)
Advertisement
The success of the Second Lebanon War has been proven by the test of time, and the changed reality for the people of the North 10 years, former Defense Minister Amir Peretz said Monday.“There have been 10 years of quiet in the North, there is the fact that children in Kiryat Shmona are going into 4th and 5th grade and they don’t know what a Katyusha is, or that farmers can get to their fields without worrying that some Hezbollah fighter is waiting by the fence. This is first and foremost thanks to all the IDF soldiers who fought in the Second Lebanon War and the time has come to thank them.”Peretz said that well before the war the security establishment had realized that kidnapping soldiers had become a central strategy of Israel’s enemies, so when two IDF soldiers were killed and their bodies seized in a cross-border raid on July 12, 2006, an especially forceful response was necessary. Peretz said that while he denied calls to carry out massive attacks on national infrastructure in Beirut, 10 years later the Israeli response still has an effect.“We heard [Hezbollah General Secretary Hassan] Nasrallah himself say it – if he’d known this would be the IDF’s response, he would have thought a hundred times whether or not to do this operation,” Peretz said, adding that “from my point of view, there’s no question that our accomplishments [in the war] were historic.”Peretz, who served as defense minister during the war, was speaking at a conference held by the National Emergency Authority (“RAHEL”) to mark 10 years since the end of the Second Lebanon War. The 34 -day war is largely remembered for the daily rocket fire that blanketed the North, all but shutting down half of the country and putting the home front directly on the front line.IDF Deputy Chief of Staff Maj. Gen.Yair Golan, who also spoke at the conference, tried to put the threats facing Israel in perspective.Golan drew a comparison between the Second Lebanon War – during which 70 tons of rocket warheads landed inside Israel, and the Blitz during WWII – in which tens of thousands of tons of bombs were dropped on Britain.“Let’s assume that in the net war it it’s not 70 tons but three or four times that, say 300 tons in a month. This is pretty much what a squadron and a half can drop on Lebanon over the course of five hours. I ask you, is 300 tons something that can endanger the home front? Is 300 tons a threat to our national perseverance? Something we don’t know to handle? Today we have the world’s most advanced capabilities for dealing with this. There are no people more prepared to deal with this on the globe, or in history, than us.”