Former mobster who became a punchline dies in Tel Aviv

Rahamim Aharoni dies at home in Tel Aviv at age 77 of illness. 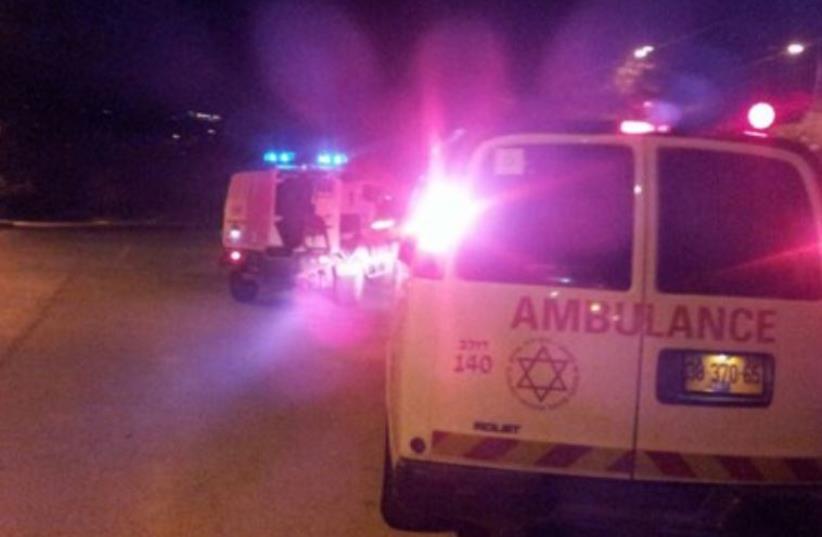 Ambulance
(photo credit: TAZPIT)
Advertisement
In his glory days in the 70s, Rahamim Aharoni was at the top of one of Israel’s first organized crime families – the legendary Yemenite Quarter gang. The glory days were far in the rear window on Sunday, when Aharoni died of illness at home in Tel Aviv at age 77.It was an inauspicious end to a life that was at times cinematic, coming at the end of a year in which he became known to most Israelis for a six-word gag that became ubiquitous in the country from the satirical TV show Eretz Nehederet.At the top of their game, Aharoni and his partner Tuvia Oshri were featured in the gossip pages, and rubbed shoulders with models, IDF brass, politicians and moguls, as they ran gambling and drug rings across Israel and legitimate businesses abroad.Aharoni and Oshri were given a boost of notoriety in 1977 when they were among the names listed on the infamous “list of 11” – an internal police document listing the top 11 criminal targets of police investigators.The list was leaked to Haaretz reporter Avi Valentin and caused a stir upon publication, and all of the men named quickly saw their names grow more familiar both on the street and among polite Israel society.The downfall of Aharoni and Oshri began in 1980, when they gunned down Amos Orion and Ezer Cohen, rival gangsters who tried to extort money from them.The murder took place at a slaughterhouse in Bat Yam; Aharoni and Oshri dismembered the bodies and buried them in sand dunes outside Ashdod.Aharoni would later serve 18 years in prison for the double murder, and his partner would serve 20. A few years after his release in 1998 he again ran afoul of the law.He was busted in 2004 for trying to import more than a million ecstasy pills to the United States and imprisoned until 2014, after which he returned to Tel Aviv, vowing to put his life together.In an unforeseen coda for a convicted murderer and career gangster, Aharoni became famous to this generation of Israelis after a segment on Channel 2’s investigative news show Uvda last January.The Uvda episode covered the history of the Yemenite Quarter gang, with extensive interviews with Aharoni and Tuvia and extensive details about their violent past. In the segment, a former love of Oshri’s, Sarah Danoch, is also interviewed about the gang and about her relationship with both gang leaders.Her appearance in the segment was later parodied in an Eretz Nehederet skit, where comedian Roy Bar-Natan, imitating Danoch, he says of an aforementioned crime “Rahamim didn’t know, he didn’t know!” The six word gag – which was never actually said in the original Uvda piece – became a catchphrase, an Internet meme, and even a popular Purim costume last year, to the puzzlement of Aharoni and Danoch alike.Writing on Facebook on Sunday, Uvda reporter Omri Assenheim recalled a scene from the end of his report on the Yemenite Quarter gang, in which Aharoni said each morning that he stands in front of his mirror in his bathroom and spits at the reflection “because of what he thinks of the life he chose for himself.”“Maybe with that sentence, at the end of the segment, he contributed some understanding to the amount of lies and false charm that are wrapped up in these contaminated lives of crime.”