The animals, usually a rare sight in urban areas, have a biblical resonance. In the Book of Lamentations, the Jewish temple site in Jerusalem is described as so desolate that "foxes prowl upon it." 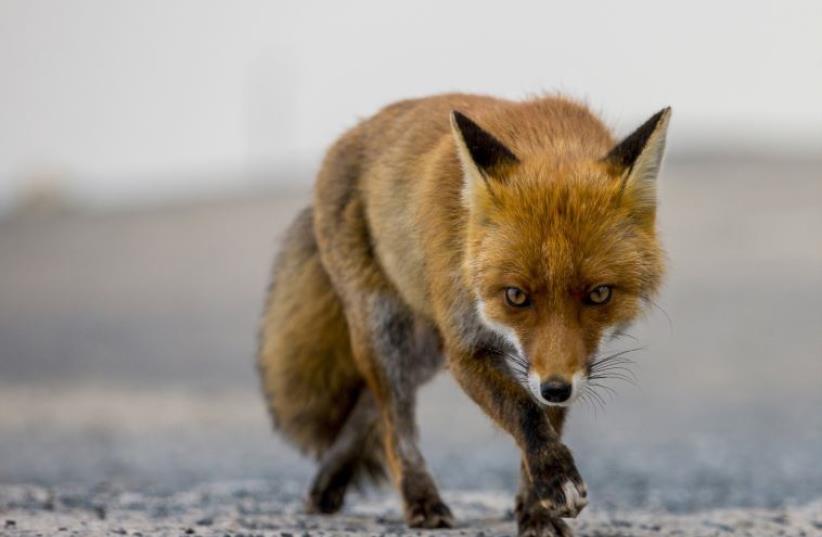 Fox
(photo credit: REUTERS)
Advertisement
Red foxes have been making appearances in the Israeli city of Ashkelon, drawn out from the seclusion of the desert dunes by the coronavirus lockdown that has kept people off the streets. The animals, usually a rare sight in busy urban areas, have a biblical resonance. In the Book of Lamentations, the Jewish temple site in Jerusalem is described as so desolate that "foxes prowl upon it."In Ashkelon, an ancient Mediterranean seaport and now one of Israel's main southern cities, a family of foxes has become a regular feature - nosing through discarded food, and playing sometimes unfriendly hide-and-seek with dogs in a local park.In August 2019, as the Jewish world counted the days to the ninth of Av (Tisha Be'Av), the date on which Jews mourn the destruction of the two Temples in Jerusalem following its destruction by the Romans, foxes were spotted walking near the Western Wall, a press release reported on Thursday.  It is written in the Book of Lamentations (5:18), which is read on Tisha Be'Av, that Mount Zion – where the Temples stood – will be so desolate that “foxes will walk upon it.” The understanding, according to the Talmud in the tractate Makkot (24b), is that if the prophecies of destruction have been fulfilled, so will be the ones by the prophet Zachariah about the Temple being rebuilt. Rabbi Shmuel Rabinowitz, the Rabbi of the Western Wall and Holy Sites, referred to photos of the foxes and commented, “One cannot refrain from crying at the site of the fulfillment of the prophecy of 'foxes will walk on it.'”