34-year-old Zarka immigrated to Israel in 2015, but due to his age was refused by the IDF, even on a voluntary basis. 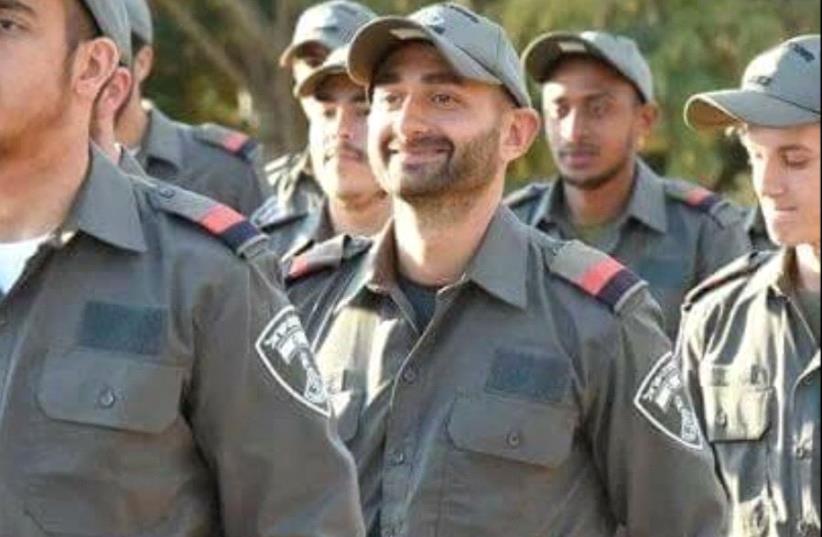 Yoni Zarka
(photo credit: FACEBOOK)
Advertisement
Yoni Zarka, a lone soldier (without close relatives in Israel) from France who struggled for over a year to join the army, graduated basic training on Tuesday, becoming part of the Border Police.Many men and women fulfill their military service obligation in the Border Police.The 34-year-old Zarka immigrated to Israel in 2015, but due to his age was rejected by the IDF, even on a voluntary basis.Shortly after Zarka moved to Israel he signed up for Tsevet Lohamim, a pre-military association of soldiers preparing for commando units which issues fitness certificates, and was one of the only four out of a group of 40 participants who finished the course’s training test. For that he was awarded with a letter of recommendation for the IDF from the organization’s director.For months Zarka sent emails, called the army on a daily basis, left messages on the IDF’s Facebook page and slept outside the IDF induction center in Ramat Gan with a sleeping bag, a flag of Israel and a sign asking for help to join the IDF.“Hello everyone, I am Yoni, 32, a new oleh from France. Israel is in danger, all that I ask is to serve the state, to enlist in a combat unit in the army,” the sign read.“They won’t let me due to my age, help me. I will sleep here until someone agrees to enlist me to the army. If I receive a negative answer I will continue to sleep here, I won’t give up.”Zarka also met with several politicians including Deputy Defense Minister Eli Ben-Dahan, who intervened on his behalf until the Border Police finally relented and allowed him to serve.On Tuesday, Zarka, along with his parents who flew in from France to witness his graduation ceremony, met with Ben-Dahan to thank him for his intervention.“I intend to serve as a career soldier in the Border Police. My soldiers and commanders treat me well and I feel that I fit in, it’s a big win for me,” Zarka said adding that “a month ago I had a birthday and the entire department threw me a surprise party, it moved me to tears. To come to the Kirya [military headquarters in Tel Aviv] wearing this uniform is definitely a victory for me.”Ben-Dahan, wishing Zarka the best of luck told him that he was proud and called him a “shining example of Israeli society, determination, perseverance, and Zionism.”Turning to Zarka’s parents Yael and Gerard, he asked when they would be moving to Israel, saying that “your son came to Israel to protect the people of Israel and I’m sure you’re very proud of him.”In July, the Defense Ministry reported that French citizens comprised 45% of the foreign volunteers to the IDF in 2016. The IDF last year stopped drafting new immigrants aged 22 to 26, but will allow male immigrants to volunteer. In the past, men who moved to Israel were required to serve a minimum of six months and women who moved to Israel were exempted from service if they were over the age of 20.