Gabbay gets first leadership endorsement from an MK

Party is no longer seen as an alternative to leadeship, says MK Michal Biran. Gabbay can change that. 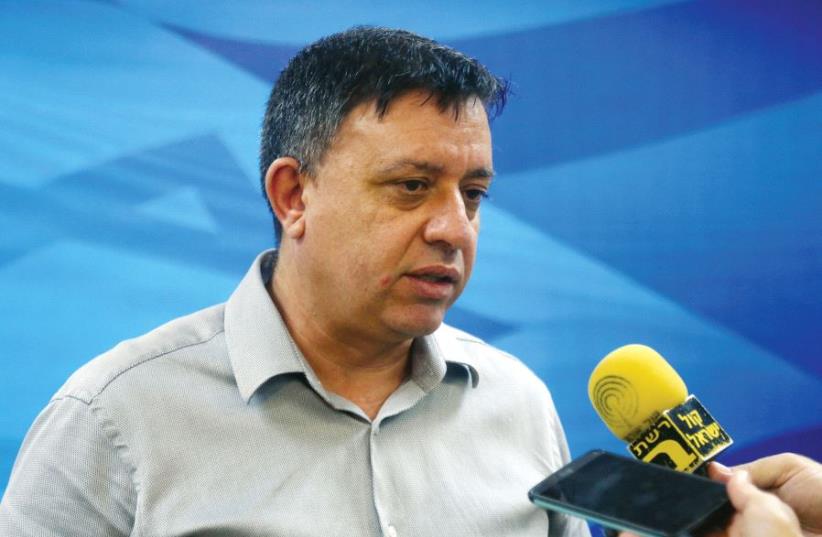 Avi Gabbay as enviromental protection minister
(photo credit: MARC ISRAEL SELLEM)
Advertisement
Former environmental protection minister Avi Gabbay’s campaign for Labor Party leader received a boost on Tuesday, when he obtained his first endorsement from a Knesset member.MK Michal Biran’s endorsement could help Gabbay, because she has strong support from young Labor activists. A former spokeswoman for MK Shelly Yacimovich, she is no longer allied with the former Labor leader who has said she will not endorse any candidate until after her May 23 race for head of the Histadrut labor federation.“The Center-Left is thirsty for leadership, but over the past several years, Labor has ceased to be seen as an alternative [to the Likud, as a governing party],” Biran said. “The time has come to return Labor to its rightful place in power. For that, we need Avi Gabbay’s responsible and courageous leadership, ideological and ethical spine, and his strong ability to get things done.”Biran said to return to power, Labor needs a fresh face, and that by quitting his cabinet post (where he represented Kulanu) last May to protest Prime Minister Benjamin Netanyahu’s policies, Gabbay proved that he is not afraid to pay a political price for the general good. She said she also believes Gabbay could bring new sectors to support Labor.So far, MK Amir Peretz has been endorsed in the July 4 election by MKs Itzik Shmuly, Hilik Bar, Revital Swid and Eitan Broshi. MK Miki Rosenthal endorsed the candidacy of MK Omer Bar Lev. Incumbent Labor leader Isaac Herzog received an endorsement from MK Ayelet Nahmias-Verbin.The candidates in the race who have not received an endorsement from an MK are MK Erel Margalit, former OC Northern Command Amiram Levin, historian Avner Ben-Zaken, Ra’anana Labor activist Hod Karubi and socioeconomic activist Dina Dayan.