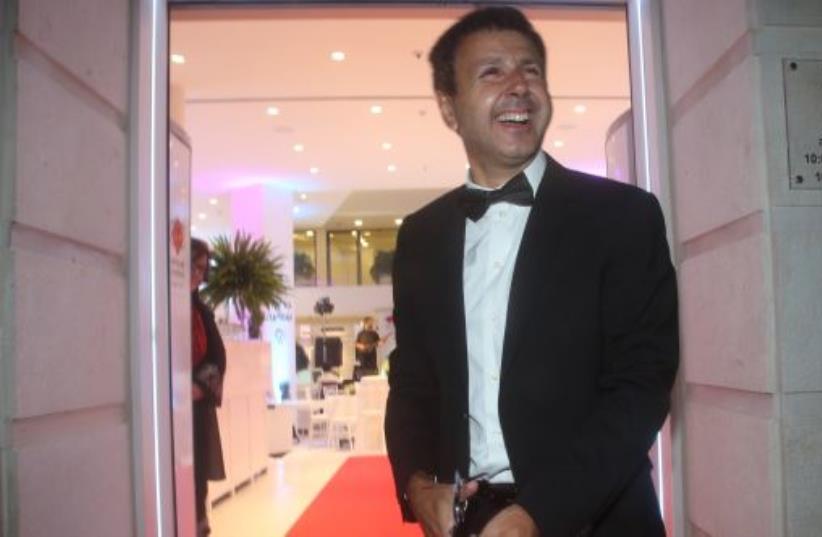 ON FRIDAY November 5, coinciding with the first day of Kislev, there will be a service at 10 a.m. on Mount Herzl in the area reserved for the nation’s leaders to mark the sixth anniversary of the passing of Yitzhak Navon, who was the fifth president of Israel, the first Sabra president and the first to be born in Jerusalem to a multi-generational family of Jerusalemites. The second Jerusalem-born president was Reuven Rivlin. Altogether, four of Israel’s presidents were native-born. The other two were Ezer Weizman and incumbent Isaac Herzog. Yitzhak Navon was for many years the right-hand man of founding prime minister David Ben-Gurion.

■ THE FRENCH connection is getting an ever firmer foothold in Jerusalem. Laurent Levy, who this week brought 3,000 of his employees from around the world to Jerusalem, has several times been mentioned in this column, but now there’s another French citizen whose name will be linked in perpetuity with Israel’s capital. Billionaire Patrick Drahi, has holdings including, among others, i24, the Jaffa-based international news channel, as well as major telecommunications enterprises in the US and Europe, and the famous Sotheby’s auction house, which he acquired in 2019.

Drahi and his wife, Lina, live in Switzerland, and in 2014 created the Patrick and Lina Drahi Foundation, which supports many causes in Israel, Switzerland, France and Portugal in science, education, the arts, entrepreneurship and innovation. Drahi was born in Morocco but migrated with his family to France when he was still a boy. His family is descended from Jews expelled from Portugal. Estimated by Forbes in March of this year to be worth $11.7 billion, Drahi is the principal donor of the new Tower of David Entrance Pavilion, for which a groundbreaking ceremony was held this week. When completed, it will be known as the Patrick and Lina Drahi Pavilion. It is scheduled to open in November 2022.

■ IT WAS Napoleon who said that an army marches on its stomach, although that observation has also been attributed to Frederick the Great. Either way, one could therefore say that because Israel has a people’s army, the army is perpetually marching on its stomach, and always eager for some new culinary treat. This might explain why donuts appeared in supermarkets and pastry shops more than a month before Hanukkah.

It seems like yesterday that we just finished eating challah with honey instead of salt.

CRISIS OR business as usual? A view of the US Consulate General on Agron Street in Jerusalem. (credit: YONATAN SINDEL/FLASH90)

■ ISRAELIS LOVE to find a reason to congregate – and the former American Consulate in Agron Street is just the perfect place considering the diplomatic tug of war that’s going on over whether or not to allow resumption of the use of the building as a US Consulate for the Palestinian population. Due to the many objections, and in order to prevent a possible outbreak of violence, a large contingent of black uniformed border police stood around doing nothing last week while on duty to protect a relatively small group of anti-consulate demonstrators who had mounted a protest against America’s intentions in Independence Park in the area opposite the former consulate building – where for many years, Women in Green leader Nadia Matar has organized Tisha Be’Av services.

Although it isn’t done to have a consulate to another country in the same city as an embassy, rules can be bent for the sake of convenience. Every other consulate in the city is there for the Palestinians and not the Israelis. It has been suggested that if US President Joe Biden wants to have a consulate for the Palestinians, he should establish it in Ramallah. But if that were to happen, there would be a huge outcry against America giving official recognition to a Palestinian state.

■ CHABAD REHAVIA director Rabbi Yisroel Goldberg was in New York this week for the annual conference of Chabad emissaries from around the world and sent a group photo to the people on his mailing list to ask if they could spot him. That was a tall order considering that there are close to 5,000 people in the photograph.

The emissaries, known as shluchim, come together in what is arguably the largest rabbinical conference in the world to recharge their batteries and to share stories. The first conference was inspired by a Chabad gathering in Israel in the summer of 1983.

The Lubavitcher Rebbe Menachem Mendel Schneerson, aware that he had many more disciples in North America, proposed that a similar gathering be held in New York at Chabad headquarters. The first such gathering in November 1983 attracted some 65 emissaries from the US and Canada. In 1986, the Rebbe said that it was time to bring in shluchim from all over the world and make it an international event.

The first international conference was in the winter of 1987. Each year, the Rebbe himself would open the conference, with the participation of emissaries growing from year to year, as more of his disciples went to far flung corners of the world to reach out to Jewish communities.

The last conference in which the Rebbe participated was in 1991. In early 1992, he suffered a stroke.

The Rebbe was well aware that none of his shluchim could be successful without the full partnership of their wives and children, and in 1991, decided to have a separate conference for the women, whom he regarded to be just as important as their husbands in the work of spiritual outreach.

When the Rebbe passed away in 1994, cynics who were not well disposed to Chabad began forecasting that the movement would disintegrate and fade into oblivion. But the opposite has happened. The year after his death, in accordance with his wishes, a special conference was also organized for Chabad children, and attendance at both the men’s and the women’s conferences have grown from year to year. The conferences are broadcast live on social media and are on YouTube so that tens of thousands of viewers from around the world can participate.

Even those religiously observant people who are not particularly keen on Chabad, if stranded abroad for any reason, are most appreciative of a Chabad presence. This was obvious recently when Prime Minister Naftali Bennett and Construction and Housing Minister and Jerusalem Affairs and Heritage Minister Ze’ev Elkin unexpectedly had to stay in Russia over Shabbat.

Chabad came to the rescue with kosher food for the whole of the prime minister’s delegation. In fact, almost anywhere in the world, travelers who observe the Jewish dietary laws and can’t find a kosher restaurant go in search of Chabad.