Have two ministers annexed Area C of the West Bank?

"We're trying to change the legislative reality in the Knesset," Justice Minister Ayelet Shaked offered, but critics slam her suggestion as a move that would create a situation of "apartheid plus." 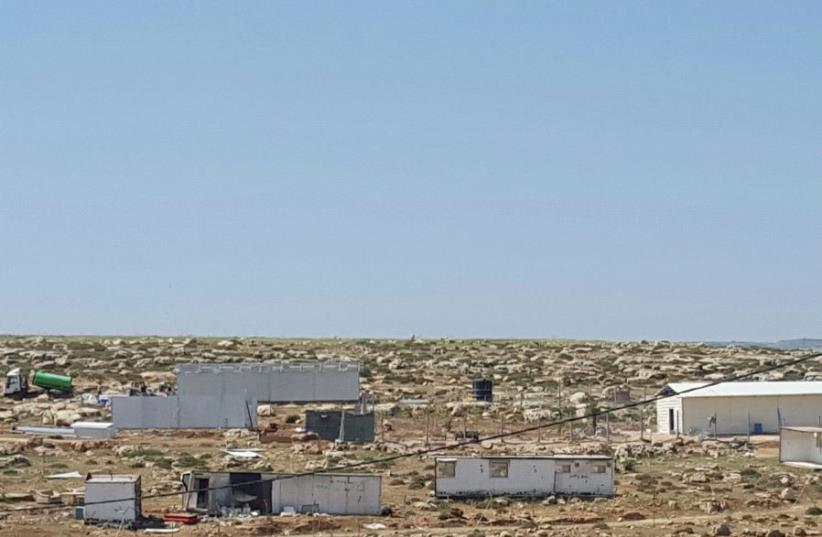 West Bank outpost.
(photo credit: PEACE NOW)
Advertisement
Two ministers have discovered a loophole to apply the bulk of new Israeli laws to Area C of the West Bank without formally annexing the region to sovereign Israel.Justice Minister Ayelet Shaked and Tourism Minister Yariv Levin have instructed the Ministerial Legislative Committee to only debate government-sponsored bills that provide an option for residents of Judea and Samaria.“We’re trying to change the legislative reality in the Knesset,” Shaked (Bayit Yehudi) told parliamentarians in the House Committee on Tuesday, which held a special debate to mark the 50th anniversary of the Six Day War.The new measure, effective immediately, could be through legislation, military edicts or other provisions, said Shaked. She called on all parliamentarians to provide such an option when filing bills.Her spokeswoman later told The Jerusalem Post that because Shaked chairs the legislative committee she has the authority to take such a step with regard to ministers.Wednesday morning on Army Radio, Meretz leader Zehava Gal-On accused the two ministers of attempting to annex Area C by erasing the Green Line, saying such a move would create a situation of “apartheid-plus.” Gal-On called it a “cheap gimmick” and a form of legislative protest because the ministers understand that it is not possible to achieve their agenda.Tuesday’s discussion in the House Committee centered on how to provide legal equity for more than 400,000 Israelis living in West Bank settlements given that they live in a region of the country that is under Israeli military and civilian rule.The Knesset’s legislative authority excludes Area C of the West Bank on the understanding that the full application of Israeli law to that region would be considered annexation.
Israelis react to controversial law legalizing settlements
Settlers are subject only to Israeli private laws that are not territorially bound, such as education, health benefits, taxation and army service. They are excluded from many laws such as related to construction, land sales, environment and labor.It’s presumed that corresponding military laws are created to mirror Knesset legislation. In practice, however, the process does not keep pace with new legislation and corresponding military edicts are issued for only a fraction of new laws.Levin said he would like the Knesset to pass legislation, that provided an option for settlers to benefit from all new laws. Those who support Judea and Samaria have waited very patiently for 50 years to receive equitable treatment under Israeli law. The time has come to change the perspective with regard to how settlers are treated, said Levin. Instead of presuming the settlers are outside Israeli law, it should be presumed that the law applies to them, he added.Operating from this presumption will end much of the legal inequity they experience, he said.“The best solution is to apply sovereignty [over Area C],” Levin said as he explained that he and Shaked were not trying to apply sovereignty with the new legislative requirement. “We are not seeking annexation. We want justice for the residents of Judea and Samaria. If there are those who are accusing us of creeping annexation, we would not argue with that,” he said.Shaked said she had conducted a quick survey and found that only four laws had been adapted or applied to Israelis in the settlements since the new government was sworn in, adding that the residents of Judea and Samaria deserve the same rights as the rest of Israel’s citizens.She and Levin called on all parliamentarians to ensure that the legislation they proposed would also have a provision for the settlers.MK Bezalel Smotrich said right-wing parliamentarians should refuse to vote for bills that lacked that provision and thereby stymie all legislation that differentiated between settlers and residents of sovereign Israel.Levin said he wants to see the Civil Administration – which is the military’s governing body in Area C – to be replaced by government official connected to the different ministries.Legal expert Meir Rubin said it was an incorrect assumption that the Knesset could not legislate for the West Bank, indicating that the Knesset can legislate for the West Bank because the territory had been legally linked to sovereign Israel during the time of British-mandate Palestinian. But Knesset legal adviser Eyal Yinon said the historical Israeli legal interpretation had been that the Knesset cannot legislate for the West Bank, The entire structure of how laws are applied are based on that understanding, he said, pointing out that the High Court of Justice would soon give its opinion on that issue because of the pending petition before it regarding the Settlements Law.In February, the Knesset legislated for Area C, passing a law that retroactively legalized Israeli homes on private Palestinian land while offering compensation to the Palestinian landowners.