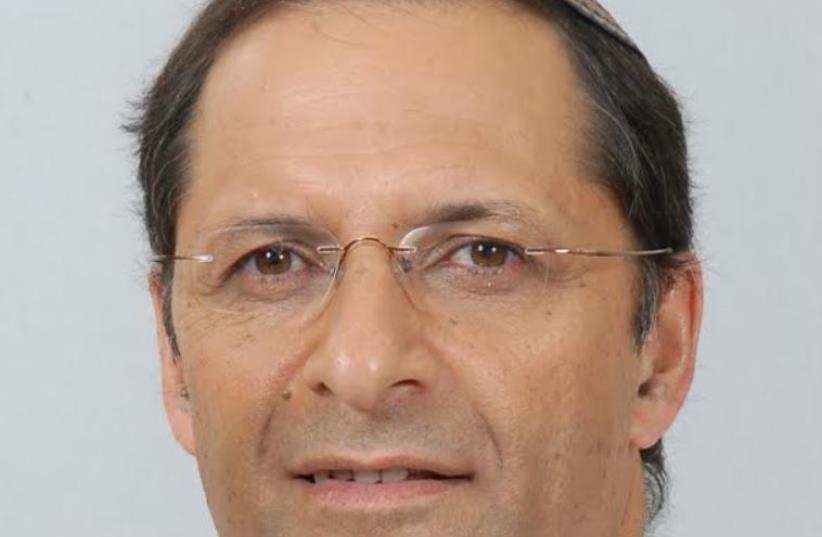 Dr. Amnon Eldar, CEO of AMIT school network
(photo credit: AMI ERLICH)
Advertisement
Dr. Amnon Eldar, CEO of the AMIT Zionist-religious school network, penned a letter to educators condemning Jewish terrorism and providing his support for the Shin Bet (Israel Security Agency).The letter sent on Thursday called on all educators within the AMIT school network to discuss recent events with students and to unequivocally condemn Jewish terrorism.“I write to you with the request to devote time to a meaningful discourse with our students on these points with a clear statement, as expressed unadorned by Education Minister Naftali Bennett, that there should be no Jewish terrorism in the State of Israel,” he wrote to the educators.Eldar first addressed the “act itself” – referring to the murder of a Palestinian family in Duma in a deadly arson attack on their home by suspected farright Jewish extremists.“As of now the results of the investigation remain unclear,” he wrote. “If, God forbid it turns out that these youths in the struggle between us and the Palestinians, did this outrageous act, we will have to ask ourselves how the Torah, Judaism and moral education of these youths became so twisted and brought them to such horrors and injustice.“We will have to ask ourselves as parents, educators, rabbis, public figures – whether we did enough to remove from each boy and girl, man and woman, the distorted thinking about the possibility of disorderly and non-Jewish [behavior] and what should be done here from now on,” he wrote.Eldar also attached to the letter a video, recently released by Channel 10, of Jewish extremists who danced at a Jerusalem wedding with guns and knives and cheered the murder of the Palestinian family in Duma.One guest is seen stabbing the picture of murdered Palestinian toddler Ali Dawabsha.He asked educators “Is this Judaism? Is this moral? Are we as educators, who see such phenomena, should we keep quiet and remain silent at this moment?” The AMIT CEO provided his support for the Shin Bet, citing it as a “critical” facet in preventing Jewish terrorism.He said the organization was crucial for “every citizen of the state that wants a Jewish democracy here and certainly among us who believe, in the Torah, the commandments, morality, and in the understanding that our presence in the country is conditional, among other things, on our moral-ethical behavior toward Jews and toward goyim [non-Jews].”He added the Shin Bet helps to prevent the desecration of God’s name by preventing “us” from acting like “them.”“In looking at our surroundings, our enemies who murder men and women, old and young, in cold blood in the name of religion and in the name of God, we pray that ‘We did not share with them,’” he wrote.“It is obvious to all that everything begins with education at home, in school, in society and in youth groups, but also the Shin Bet Jewish Department, in fulfilling its role, should preserve this quality difference between us and them,” he wrote.Eldar further added that Israel must set the example and cannot afford to act hypocritically.“We can also add the validity of our moral and ethical position in the face of the nations of the world; if we ourselves are stained with the same spot we rightly accuse our enemies,” he wrote.He concluded the letter by writing, “We will all pray for God to grant peace in Israel and everlasting joy to its inhabitants.”