Hi-tech success is all about ‘disruption,’ experts say 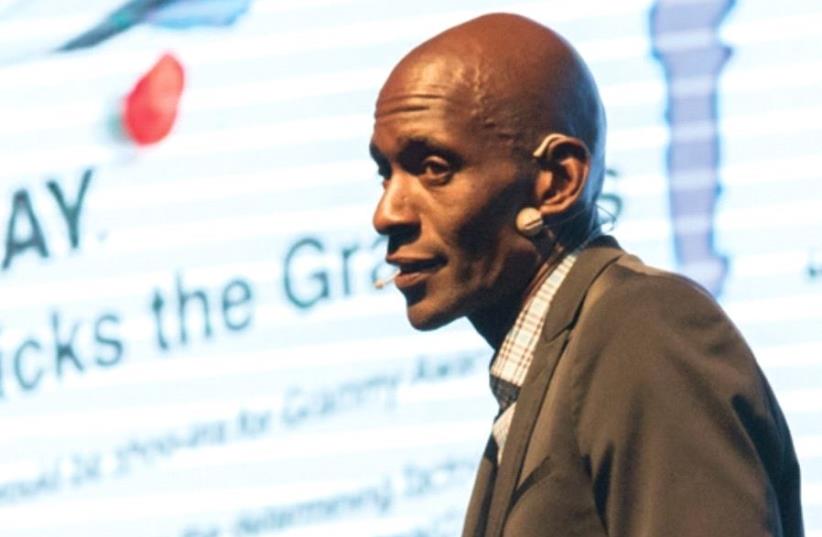 JAMES A. PEARSON, of augmented reality photosharing app Membit: When a brand catches fire, it’s defined by successful disruption
(photo credit: BORIS BELENKIN/US EMBASSY)
Advertisement
Shaping a successful start-up means not only causing significant creative disruption, but also satisfying a critical need – rather than simply “breaking” something for the sake of breaking it, an industry expert told Tel Aviv innovators.“Disruption is not slow or quiet. It comes like Santa, except it’s daily and has a young CEO,” James A. Pearson, chief communications officer for the augmented reality photo- sharing app Membit, said on Monday.“Does your new tech meet an old need? When you develop a new technology, are you developing it because you want to solve a problem or because you want to develop a new technology?” Pearson addressed attendees of the Tel Aviv University Innovation Conference 2017, a threeday event that attracted more than 7,000 people to hear from leading global innovators and mingle with emerging Israeli start-ups. At the main forum on Monday afternoon, organized by StarTAU with the support of the US Embassy, entrepreneurs from both the US and Israel shared their experiences on building successful start-ups and creating impactful brands.“When you have disruptive technology, selling it is about people understanding it,” Pearson said.Pearson joined Membit in February from music recognition app Shazam, which followed a long list of digital communications positions at a variety of start-ups and a first job working for Oprah Winfrey.Recalling experiences from earlier in his career, Pearson shared how designer Ralph Lauren asked him years ago why he would ever need a website – a tool that at the time was still disruptive.“When a brand catches fire, it’s defined by successful disruption,” he said. “A well-communicated disruption doesn’t really go against the grain; it rewrites the grain.”As technology continues to feed into innovation, old ways of life are being constantly disrupted – with newspapers becoming antiquated media, hotels losing out to services like Airbnb and taxis giving way to apps like Uber, Pearson and his colleagues agreed.“Innovation by definition is always going to cause disruption,” said Luther Lowe, vice president for public policy at Yelp. “When my neighbor next door decides to turn his apartment into an Airbnb hotel, it disrupts the neighborliness.”As a result, some innovation can become politically unpopular, requiring entrepreneurs to learn how to skillfully engage with government officials and policy makers, Lowe explained.Oftentimes in the United States, Pearson said he finds that the very term “innovation” is overused – and that the reality does not necessarily match people’s claims. It is critical for start-ups to ensure that their technologies are both causing “creative disruption” and “finding the newest way to serve the oldest need” – features that Pearson praised in Israeli innovation.“Here I’ve seen so many practical examples,” he said. “I think you guys, small environments of technology communities, can change the world.”While Israeli start-ups do not typically offer “vaporware” – promoted software that is never actually developed – they do have a disadvantage in terms of global reach, Pearson said.Still, he expressed confidence that these circumstances could change, as the country’s innovators begin to take greater pride in what they have accomplished.“I feel that the innovation here is much higher than in Silicon Valley, but you just don’t have the exposure,” he said. “I look forward to seeing all of you experience the growth that is going to happen to you.“The community you have here, not only of innovation, not only of disruption, is very rare.”