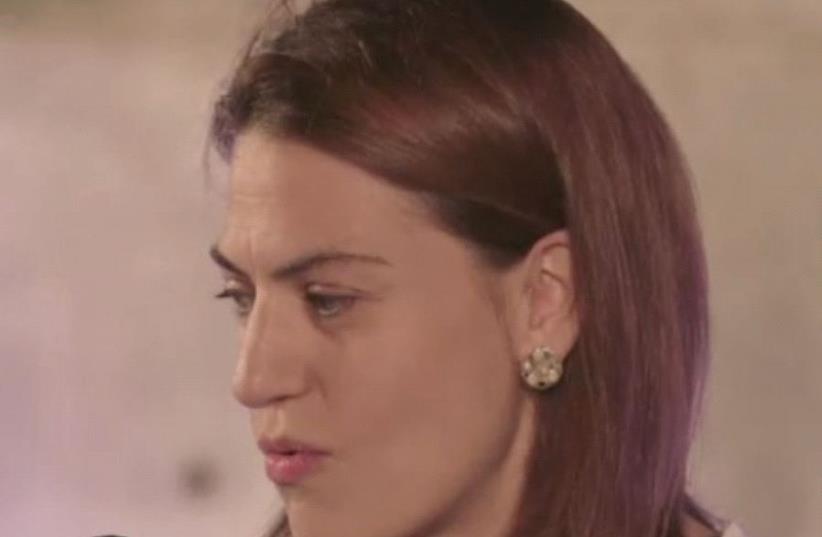 Yocheved Rindenow
(photo credit: Courtesy)
Advertisement
“He was the ultimate warrior. He didn’t run from the challenges; he met them full on. That’s what made him magnificent,” Shlomo Rindenow’s older sister, Yocheved, said mournfully on Sunday night during a ceremony on Ammunition Hill to honor fallen lone soldiers, servicemen or women without immediate family in Israel.“He was able to juggle light and dark at the same time because he kept his eye on the bigger picture of peace,” she said, explaining that her brother’s name, Shlomo, means peace. He was a warrior of peace, a fighter, a courageous defender of Israel, which seeped into every part of his soul.Shlomo was born in Israel, but spent most of his life in the United States, where he came from a family of service. Raised in Passaic, New Jersey, Shlomo enlisted in the IDF’s 410 Combat Engineering Brigade, following in the footsteps of his five older brothers who fought for Israel and his two sisters who completed National Service.In a tragic accident last July, Rindenow and a fellow soldier were killed when a hand grenade was detonated outside a Jeep he was standing next to, killing him and the soldier who accidentally detonated it.He was 20 years old.“He was a fun-loving, spirited, chilled out, good guy. He loved to have a good time. It was very difficult to get into a fight with him, because he just wouldn’t let you. He had a way of disarming any situation,” his sister said with a weak smile.Yocheved honored not only her brother’s legacy nearly a year after his death, but the legacy of all fallen lone soldiers, in front of hundreds of people gathered during the somber Ammunition Hill ceremony coordinated by the Lone Solider Center in Memory of Michael Levin, a lone soldier killed during the Second Lebanon War. More than 12,000 people, many living abroad, saw the ceremony at home via a video link.“I think it’s so special we have a day to commemorate the sacrifices they made on our behalf,” said Yocheved, adding that she was grateful for time she had with her brother after moving to Israel nine months before his death.“I’m struck by the divine timing of all of this. I thank God I got to have Purim with him, that I moved to Israel before he passed,” she said.“I just let out a scream from the bottom of my heart. I couldn’t hear anymore,” she recalled of her reaction to hearing of his death.But in keeping with her younger brother’s resolve and optimism, Yocheved said she has refused to let that experience break her spirit.“There was only one moment where I thought the world was the darkest place and I didn’t want to live in it. Miraculously, it was only for a moment. And I think that’s really the gift that Shlomo left for me. He was so full of light and love that i was able to look beyond this tragedy,” she said.“Life itself has a much more profound meaning for me now,” she told The Jerusalem Post before delivering her remarks. “It makes me treasure every moment that I have in this country. It makes me treasure every moment that I’m living and breathing.”As the Israeli flag flew in the distance, Michael Levin’s sister, Elisa, also addressed the audience 11 years since her brother’s death.“We’re taught this lesson thousands of times in our lives: Do not let little bumps along the way stop you. This seems to be the story my brother’s legacy tells time and time again,” she said, saying her brother’s desire to join to the IDF never faltered.The Lone Soldier Center was established in 2009 and it is Michael’s dream personified. She explained that her brother dreamed of a place that “lone soldiers could call home. Where they could have a hot meal, have a Shabbat dinner and speak to other lone soldiers. Against all odds, Michael’s dream has come true,” she said.Yocheved also acknowledged the center’s impact, saying, “All soldiers want is someone to give them a hot meal and do their laundry. That’s what makes the Lone Soldier Center so powerful: They provide this for those who don’t have that.”Paying tribute to her family’s fallen warrior, Yocheved said, “A warrior is someone who cares about a cause more than one’s own self-preservation and Shlomo’s cause was peace. He was a warrior of peace.”“To all the lone soldiers here today, we love you. [To those no longer with us] we miss you and in every step moving forward, you’re alive within us,” Ari Abramowtiz, a member of the center’s board of trustees said.