Until 2004, the IDF’s policy was to recognize more women than men as conscientious objectors. 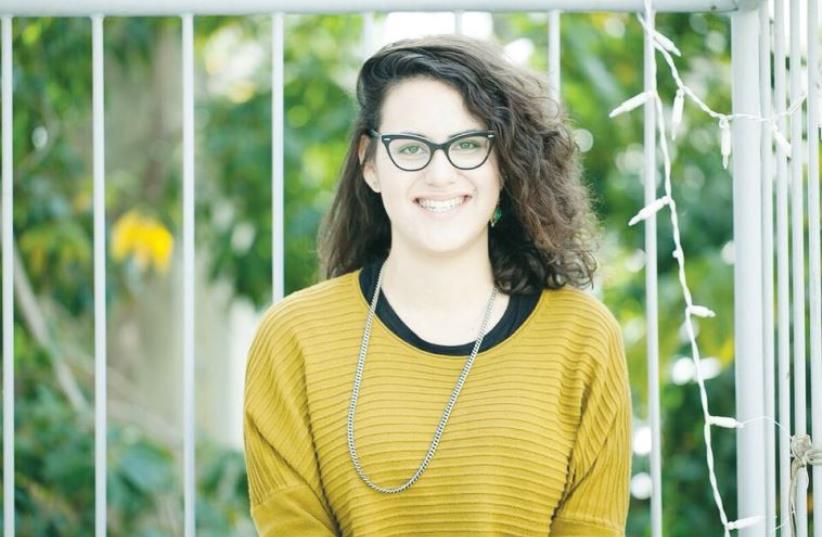 TAIR KAMINER is serving a sixth term at Military Prison No. 6.
(photo credit: SHANI SCARLETT KAGAN MESARVOT)
Advertisement
The IDF’s conscience committee rejected Tair Kaminer’s application for conscientious objector status on Sunday, denying her request to be relieved from military service and keeping her on course to complete a 170-day prison sentence.The 19-year-old is serving her sixth term in Military Prison No. 6 for refusing military service. The prison sentence, which began on January 10, is the longest for a woman refusing to be drafted into the military.In her request, which was submitted through attorney Gaby Lasky, Tair argued that her refusal stems from an unwillingness to “take an active part in the occupation of the Palestinian Territories and in the injustice towards the Palestinian people.”The request went on to say that after spending a year working with children in Sderot she came to the conclusion that, “The children who are raised in Gaza, and also those raised under conditions not much easier in the occupied territories, learn to hate ‘the other side’... When I look at all these children together, at the future generations on both sides and at the conditions in which they grow up, I see a continuation of the trauma and the pain. There hasn’t been any attempt at a political process for years, no attempt to bring peace to Gaza and to Sderot. As long as we continue to pursue the violent military path, we are creating future generations that will be raised on hate on both sides. This will only make matters worse. We have to stop it... All this makes it impossible for me to take an active part in conserving the status quo.”Tair’s request for exemption from military service was filed last month, despite the IDF not recognizing her political objection and only accepting applications for exemption from those they considers to be “complete pacifists,” says Hila Aloni of Mesarvot, a group which supports conscientious objectors like Kaminer.As part of her request for exemption Kaminer asked that in lieu of military service she be allowed an alternate civil service in a non-military capacity. Requests for civil service are most often awarded to Orthodox women, Israeli Arabs, and those “unfit for service,” a term defined by the IDF.Tair will next be sent to an IDF committee that will determine if she is fit for service, a move that might be used to end her prison sentence, says Aloni.“It could be days or months before she comes before the committee,” she said.The request for exemption follows a letter sent to Military Advocate-General Sharon Afek earlier this month by faculty members of several Israeli law schools saying that Tair Kaminer’s imprisonment is disproportionate.Until 2004, the IDF’s policy was to recognize more women than men as conscientious objectors. The effect of this was that mostly men served jail terms for refusing to join the IDF, says Aloni. The current record for imprisonment due to refusal on conscientious grounds is Haggai Matar, who was imprisoned for 23 months in 2003-2004.