Maj. Ohad Cohen Nov did not have time to eject before his jet caught fire following combat mission. 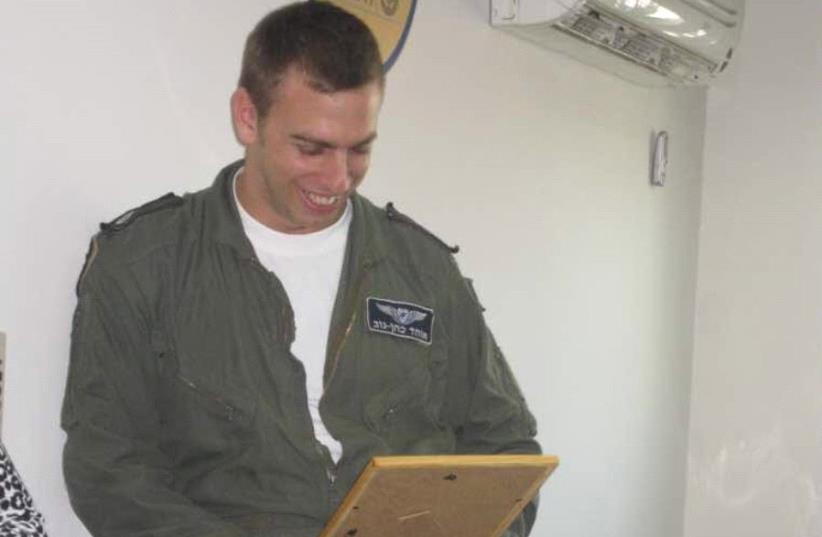 Maj. Ohad Cohen Nov
(photo credit: IDF SPOKESMAN’S UNIT)
Advertisement
The Israel Air Force has ruled that the crash that killed Maj. Ohad Cohen Nov in October was due to the jet landing in “asymmetric” conditions when it came in to land at Ramon Air Force Base in the Negev after returning from a combat mission over the Gaza Strip, the army revealed on Thursday.“The findings of the investigation indicate that although the crew acted according to the professional guidelines, due to a technical failure they were unable to control the plane. The crew abandoned the aircraft and the pilot, Maj. Ohad Cohen Nov, was killed,” the IDF Spokesperson’s Unit said in a statement.Cohen Nov was killed when his F-16I fighter jet caught on fire upon landing when he returned from conducting an air strike on the Gaza Strip, following a rocket attack on Sderot earlier in the day.His navigator, who sat behind him, sustained only light injuries after he ejected from the jet.IAF commander Maj.-Gen. Amir Eshel had ordered an investigation into the crash that same day.According to the army, the crew members knew something was wrong with the plane as they approached for landing and decided to circle above the base again in an effort to remedy the problem. However, Cohen Nov decided to come in to land after it became clear that his efforts were unsuccessful.As per standard operating procedure, Cohen Nov ordered his navigator to eject from the plane, but due to the plane’s proximity to the ground, he himself did not have enough time to successfully eject as the jet was engulfed in flames.“The investigation revealed that the air force has, over the years, inadequately understood the inherent risks in landing in an asymmetric configuration. In retrospect, the provisions of the corps and trainings which took place were not in alignment with the potential risk,” the army stated.Eshel has accepted the conclusions of the investigation and has stated that it was a serious accident.According to a senior IDF official, there have been five other incidents of asymmetric flying in the past, but this is the first time that an F-16 has crashed during landing, due to asymmetric configurations, with deadly results.The findings of the report stated that following the investigation into the incident, the air force has decided to change how it approaches landings in asymmetrical configurations by significantly increasing safety margins for crews.There will be a “meaningful change by assessing professional engineering flight tests and matching the qualifications of the air crew. In addition, the IAF commander noted that the air force will continue to work to improve the learning process, with an emphasis on safety,” the statement read.Cohen Nov, 34, had been promoted to deputy commander of the Atalef, or Bat, squadron of F-16s only a week before the accident. He is survived by his pregnant widow, a young daughter, two sisters and his parents.