IDF unaware how many weapons Israel has authorized to PA - Exclusive

The NGO Lavi filed a Freedom of Information Act request with the IDF Spokesperson’s Office on August 19 2019. 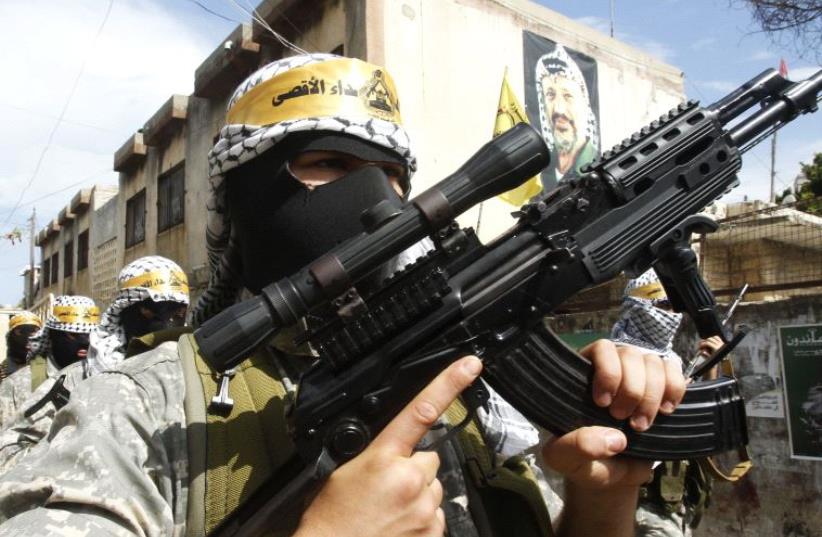 Palestinian Fatah members carry their weapons as they take part in a Nakba parade, at Ain al-Hilweh Palestinian refugee camp near the port-city of Sidon.
(photo credit: REUTERS)
Advertisement
The IDF does not know how many weapons Israel has authorized the Palestinian Authority to possess under the Oslo Accords, The Jerusalem Post has learned.The NGO Lavi, which says it strives to protect Israeli citizens’ rights and to encourage proper management by the state, filed a Freedom of Information Act request with the IDF Spokesperson’s Office on August 19.The office recently responded, and the Post obtained a copy of that response.The response said that, “After a thorough review… the IDF could not locate the information requested.”Further, the IDF Spokesperson’s Office referred Lavi to the Coordinator of Government Activities in the Territories (COGAT) but never said the information was classified.Lavi had preempted such a defense by the IDF, citing a Ynet article in which partial numbers related to vehicles given by Israel to the PA were publicized.  The Post contacted COGAT, which said it would look into the issue. After several days, it had not responded.The letter was sent by attorney Shmuel Schneider and was also initiated and prepared by attorney Maurice Hirsch, former chief prosecutor of the West Bank Courts.According to Hirsch, the IDF Spokesperson’s Office was responsible for having the information.Under one of the agreements signed as part of the Oslo Accords in September 1995, Israel authorized the PA to possess up to 4,000 rifles, up to 4,000 pistols, 15 light unarmed vehicles for dispersing protests and various levels of ammunition.However, the same agreement allowed Israel to increase the number of weapons it could approve for the PA to possess.A core part of the letter was asking to what extent Israel has authorized the PA to possess additional weapons since 1995.More specifically, Lavi asked whether Prime Minister Benjamin Netanyahu, any of his defense ministers, any COGAT officials or any IDF Central Command chiefs have approved an increase in the number of permitted PA weapons in the last seven years.The IDF response was somewhat unexpected, as Palestinian weapons are frequently confiscated as illegal by cross-checking them against various databases, and approving additional weapons to the PA would likely leave behind some kind of record so that Israel could determine in the future whether the authority was violating the limits.Hirsch said the response and lack of information was problematic and gave the impression that the IDF was avoiding oversight on the issue, which could facilitate more weapons and illegal weapons in PA areas.