IN PICTURES: The tumultuous eviction of the Amona outpost 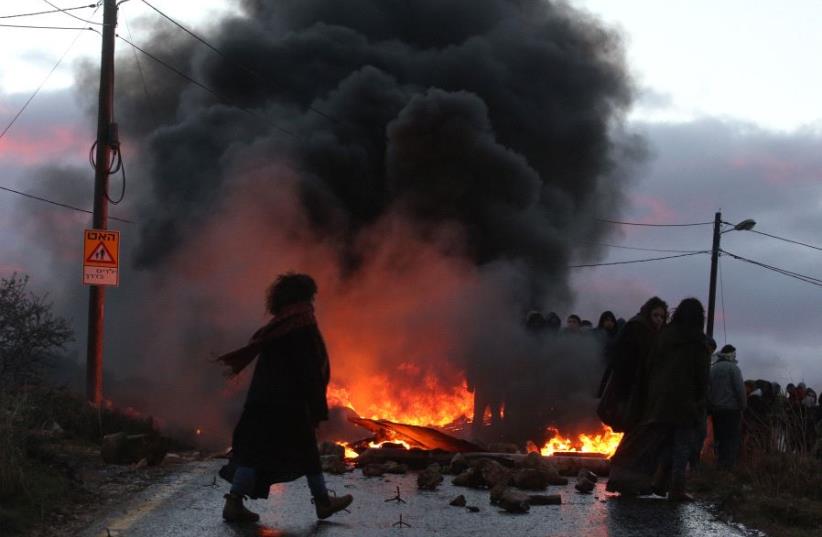 Evacuation of Amona
(photo credit: MARC ISRAEL SELLEM)
Advertisement
Security forces worked amid to evacuate the West Bank outpost of Amona on Wednesday before demolishing the homes of 40 families who live there in accordance with a High Court of Justice order.. During the proceedings, multiple people were hurt and several other arrested after clashes broke out between security officers and residents and activists in the illegal outpost built on privately-owned Palestinian land. The court has ruled that the outpost must be demolished by February 8. 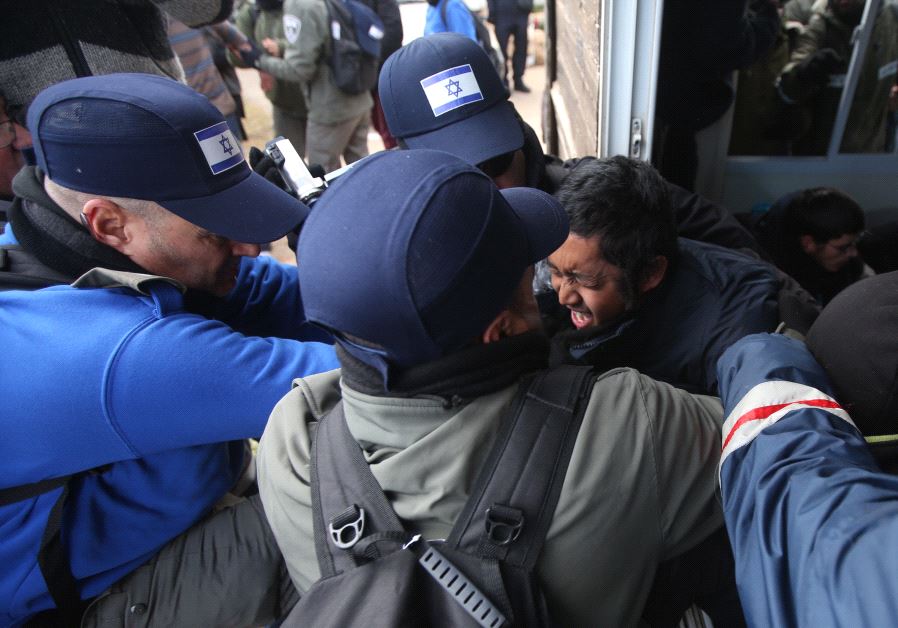 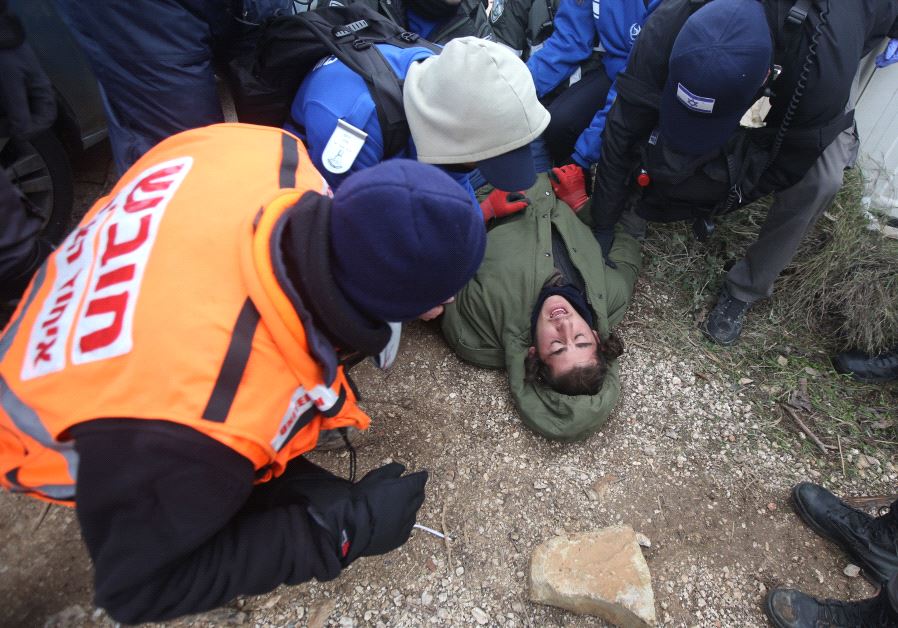 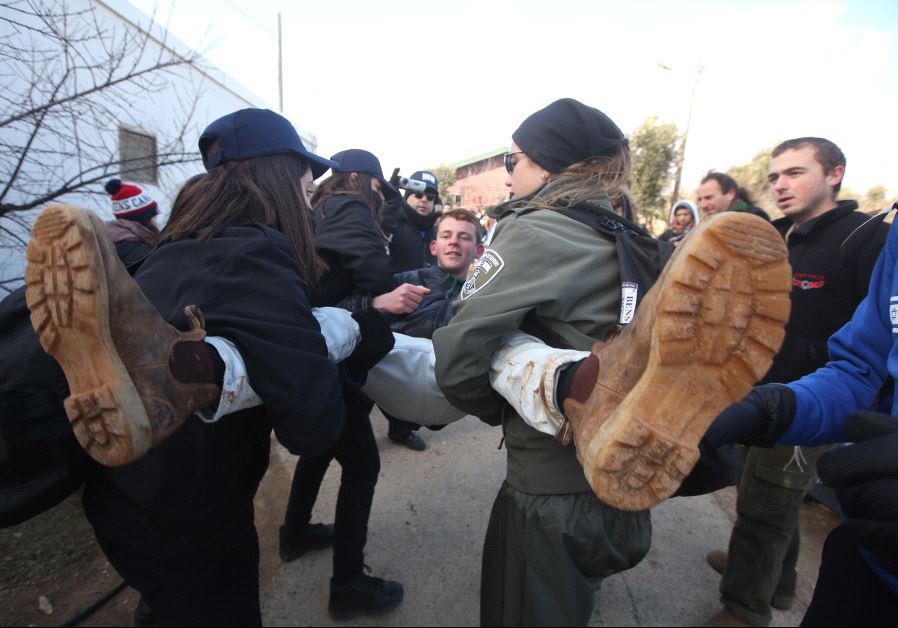 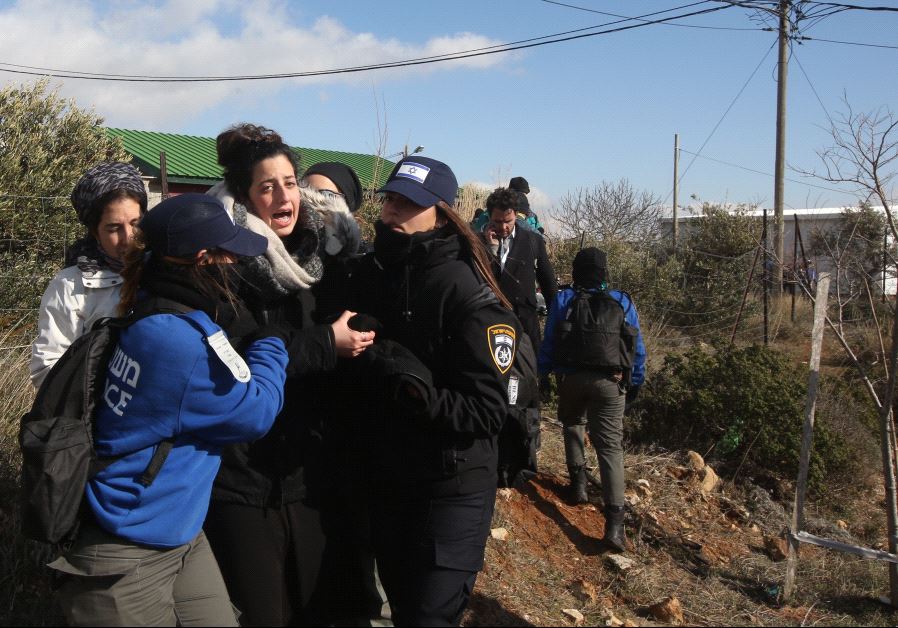 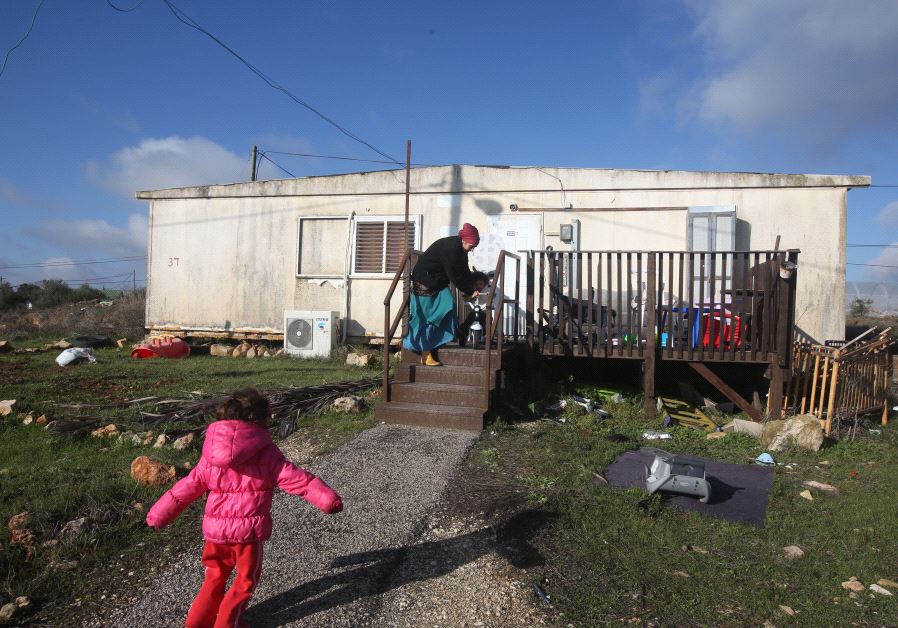 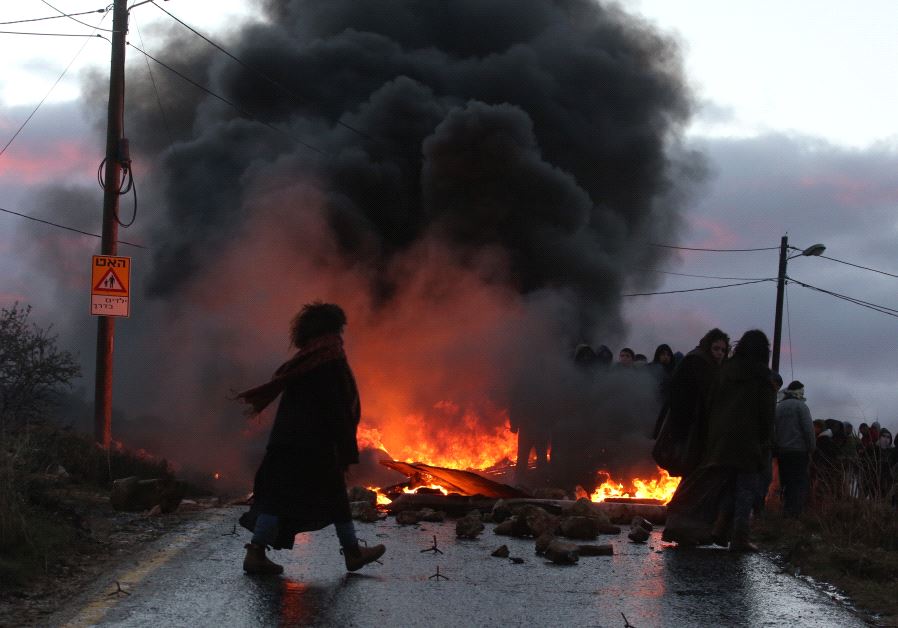 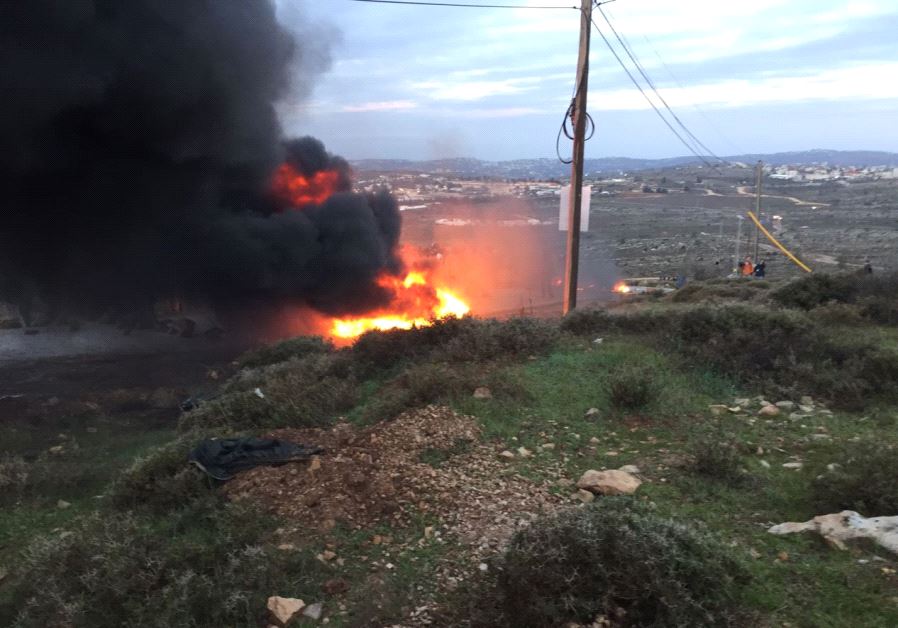 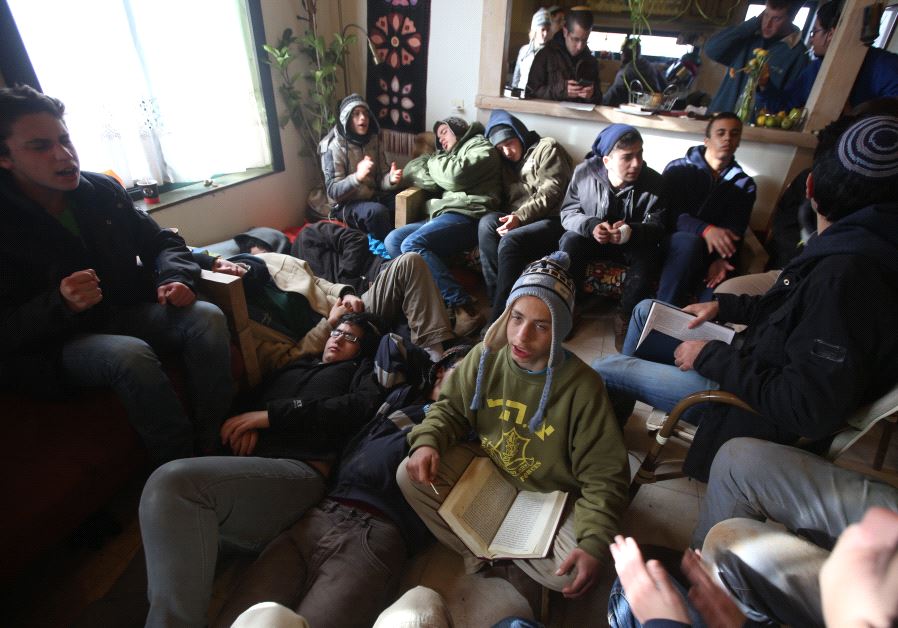 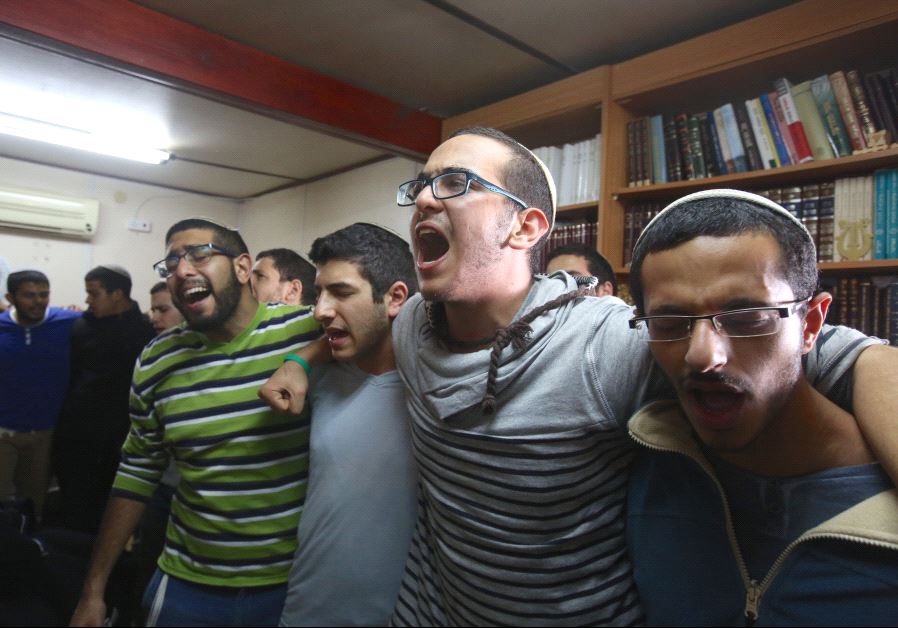 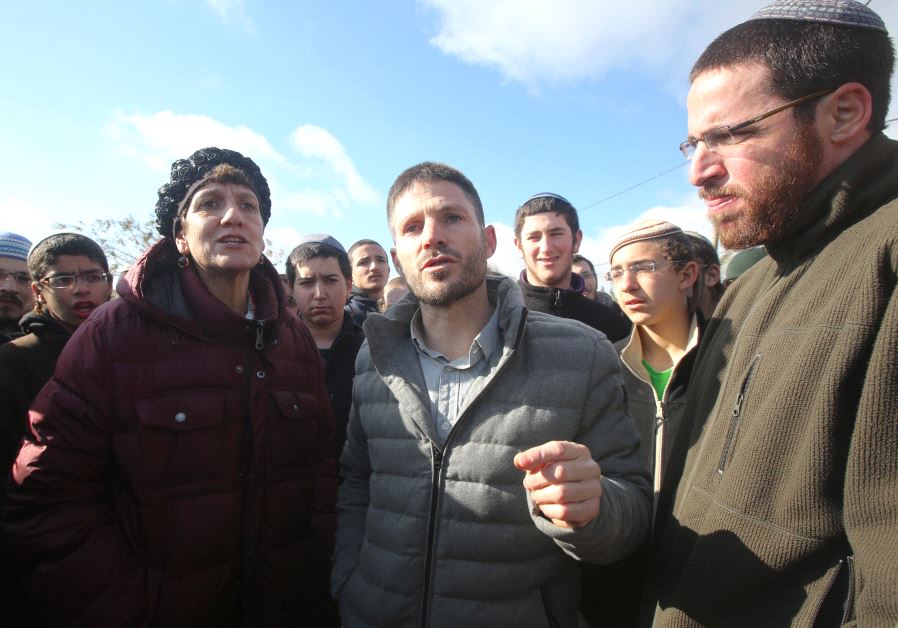 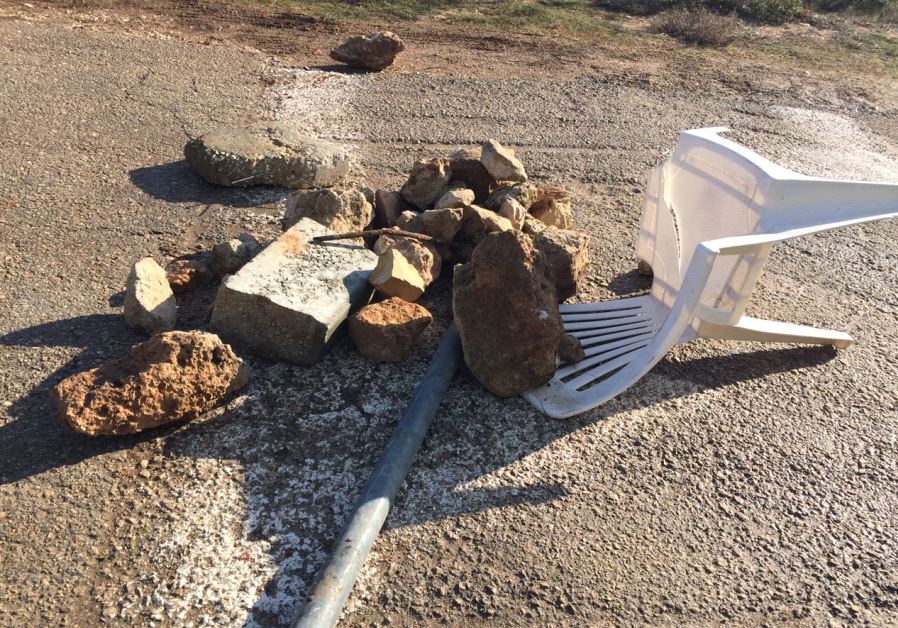