Israel has been supplying India with various weapons systems, missiles and unmanned aerial vehicles over the last few years, making India one of Israel’s largest buyers of military hardware. 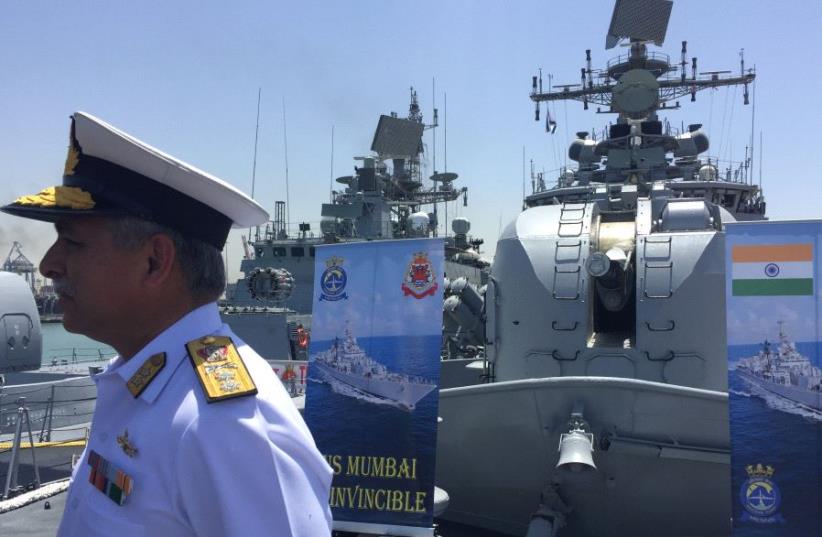 Israel and India marked 25 years of diplomatic ties in 2017.
(photo credit: ANNA AHRONHEIM)
Advertisement
India sent 45 members of the Garud commandos, a special unit in the Indian Air Force, to Israel for the first time Tuesday to take part in a two-week multilayer air exercise. The Blue Flag drill is a biannual exercise designed to strengthen Israel’s military cooperation internationally. This is the first year India will participate in the drill, which has in the past included the US, France, Germany, Italy, Greece and Poland.  "Exercise Blue Flag gives us the opportunity to share and learn [the] best practices with some of the best professionals from other air forces," said an Indian officer.The training exercise with the Israeli Air Force comes after Indian Prime Minister Narendra Modi visited the Jewish State in July.Israel has been supplying India with various weapons systems, missiles and unmanned aerial vehicles over the last few years, making India one of Israel’s largest buyers of military hardware. Over the last five years, bilateral non-defense trade between the countries has averaged $4.6 billion per year and defense trade has seen annual sales worth more than $1 billionAnna Ahronheim contributed to this article.