Multi-year plan with PMO to be formulated to avert budget shortfalls, strikes. 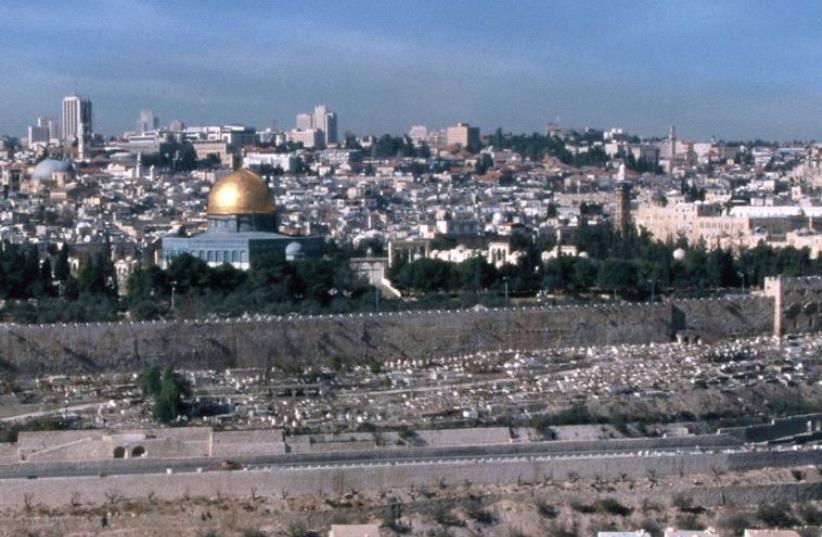 A view of the Mount of Olives and the Temple Mount
(photo credit: Courtesy)
Advertisement
The Interior Ministry announced on Sunday that it will lead a government task force charged with formulating a budget increase of NIS 700 million for the Jerusalem Municipality amid its NIS 800m. shortfall for the 2017 fiscal year.The team, to be overseen by the Prime Minister’s Office, will also formulate a special grant to ensure the municipality will no longer face severe annual budget deficits going forward.Significant shortfalls in 2016 and this year resulted in city-wide sanitation strikes in January of this year and last, called by defiant Jerusalem Mayor Nir Barkat, leaving the capital looking like a dystopian wasteland.In both instances, Barkat blamed Finance Minister Moshe Kahlon, whom he claimed rescinded NIS 800m. in pledged annual aid for the municipality. Kahlon, in return, blamed Barkat for financial mismanagement and incompetence.Prime Minister Benjamin Netanyahu ultimately stepped in to negotiate a solution, ending last month’s strike.According to the Interior Ministry, Interior Minister Arye Deri will be presented with the final fiscal plan in the coming weeks.“The supplementary budget is expected to address the coming year, and will be allocated to the city from the budgets of various government agencies and nongovernment offices,” the ministry said, adding that Kahlon agreed to the terms last week.Citing the devastation following both sanitation strikes over the last two years, Deri vowed to devise a viable long-term strategy.“The ministry will use all means at its disposal as a regulator to oversee the spending of the city’s budget,” he said. “Government grants transferred to the city each year will help the municipality to provide residents with the highest quality of services, while continuing to strengthen and develop the city of Jerusalem.”Additionally, Barkat recently appealed to Kahlon, Deri and the Education Ministry to approve a NIS 1 billion loan for the construction of classrooms throughout the capital.