The Prime Minister has pushed and praised the legislation that would require the government to deduct PA payments to terrorists from the taxes it owes the authority. But will he follow through? 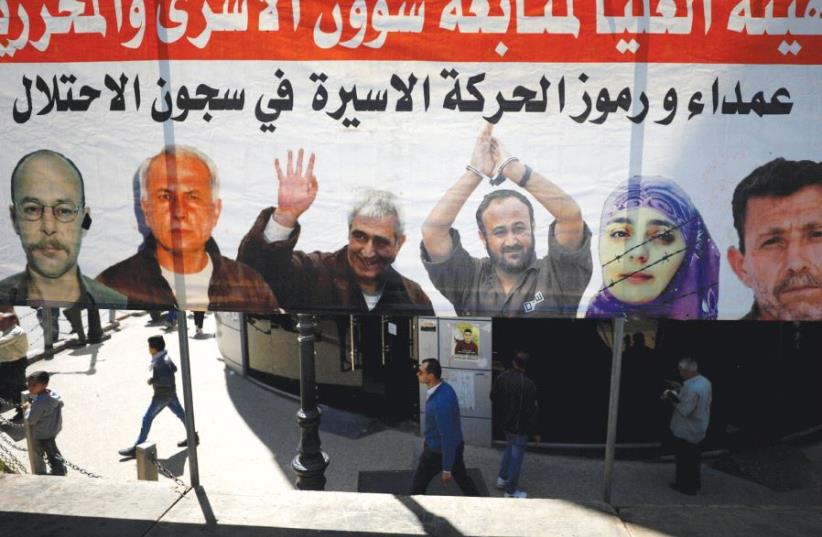 People in Ramallah walk past a poster depicting Palestinian prisoners held in Israeli jails
(photo credit: REUTERS)
Advertisement
Has Prime Minister Benjamin Netanyahu, who built a career on fighting terrorism, intervened to prevent the passage of a bill meant to discourage the Palestinian Authority from continuing to pay terrorists?The Knesset Foreign Affairs and Defense Committee authorized legislation last week that requires the government to deduct the amount the PA pays terrorists from the taxes and tariffs Israel collects for the authority. The bill’s sponsor, Yesh Atid MK Elazar Stern, said it would go to a final vote that would pass it into law next Monday.But coalition chairman David Amsalem, who acts as the parliamentary arm of the prime minister, suddenly requested revisions in the legislation on Monday that will result in the vote being postponed and perhaps the bill changing significantly.Amsalem’s associates said the revisions were not requested by Netanyahu but by “security authorities for professional reasons” via Foreign Affairs and Defense Committee chairman Avi Dichter, who is abroad. They said the changes would be made “to better fit the government’s policies.”The Defense Ministry made an effort during the legislative process to enable the government to bypass the bill and pay the PA at its own discretion. The ministry’s draft sought to allow the government to decide each year how much the deduction should be – or whether to make the deduction at all – based on diplomatic and other considerations.The committee voted instead for Stern’s version of the bill, which mandates the deduction with no options for flexibility.Netanyahu praised the bill’s passage last week, and said it would be used to pay damages for fields destroyed by Gazans launching incendiary kites into Israel. The PA paid terrorists more than a billion shekels ($280 million) in 2017, upping the amount to over NIS 1.4 billion ($390 million) in its 2018 budget, according to a Defense Ministry report based on the PA’s budget. 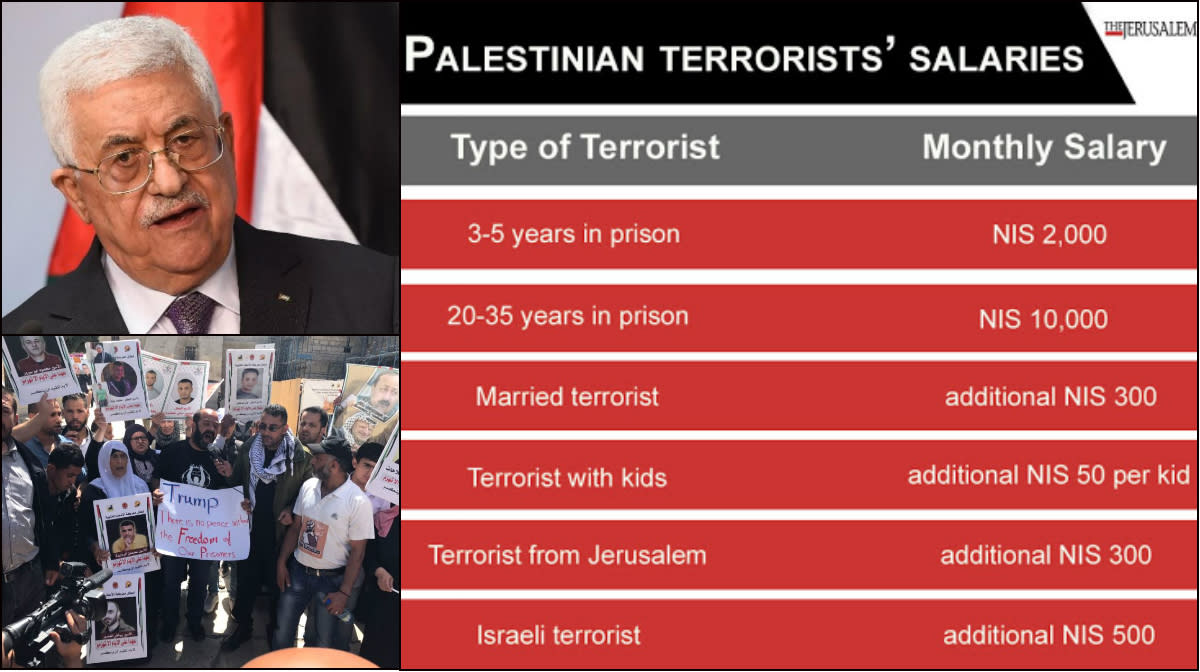 Itamar Marcus, the director of Palestinian Media Watch, said he was very concerned by possible negative international repercussions of the government’s decision to review the proposed law.“If Israel is willing to transfer money to the PA that we know the PA is using to pay salaries to terrorists, we are sending a message to the world that the PA’s rewarding Palestinian terror is not so bad,” Marcus said. “The PA should be ostracized politically for financing terrorists, but if Israel is willing to look the other way, why should we expect a proper response from the Europeans or the US?”In March, US President Donald Trump signed into law the Taylor Force Act, which threatens to freeze State Department funds to the PA unless it ends its longstanding practice of compensating terrorists and the families of terrorists convicted in Israeli courts.The US law is named after a US Army veteran murdered by a Palestinian in Jaffa in 2016.Lahav Harkov and Michael Wilner contributed to this report.