'Islamic terror attacking Jerusalem, like major cities around the world'

As Jerusalem continues to reel from Friday's terror attack at the capital's light rail, Israeli politicians lament the increase in Islamic terrorism in Israel and across the globe. 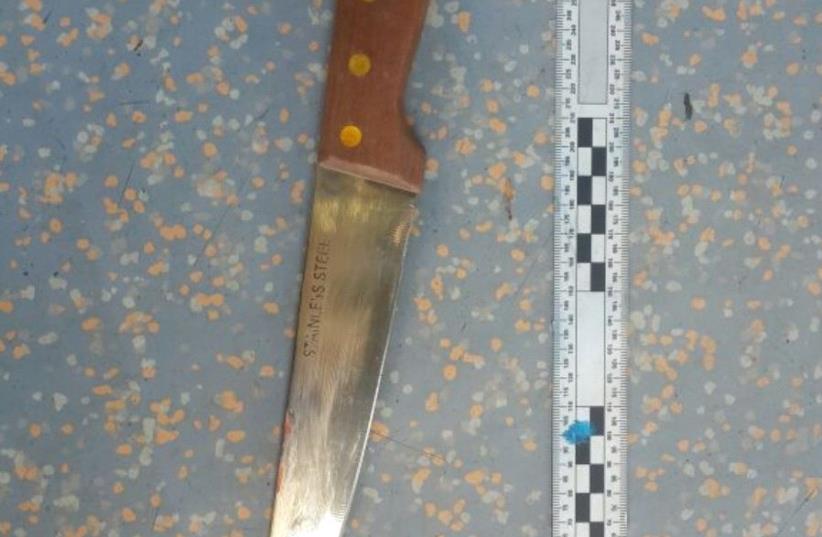 The knife used by the terrorist to carry out the terror attack at the capital's light rail on Friday, April 14.
(photo credit: MDA)
Advertisement
The stabbing attack on Jerusalem’s light rail Friday is another terrifying example of Islamic terrorism’s impact on cities around the world, Prime Minister Benjamin Netanyahu said following the attack.“The terrorism of radical Islam strikes the world’s capitals. Unfortunately, it struck the capital of Israel – Jerusalem – today,” he stated.“A Palestinian terrorist murdered a 23-year-old student, a citizen of Great Britain, in cold blood,” the premier said, sending condolences in the name of all of Israel.
Scene of stabbing attack on Jerusalem light rail on April 14, 2017 (UNITED HATZALAH)
The Palestinian terrorist, a 57-year-old man from east Jerusalem, also wounded two Israelis.Netanyahu added that security forces are constantly fighting terrorism and prevented several attacks in recent days.“Our forces will continue protecting Israelis around the clock,” he said.Finance Minister Moshe Kahlon also likened the stabbing attack to others that have occurred in cities around the world.Kahlon said: “We see Islamic terrorism striking central cities around the world, including Jerusalem, our capital. On this festival of freedom [Passover], our security forces will hunt down and arrest terrorists, those who sent them and those who incited.”Kahlon also offered condolences to the British woman’s family.Knesset Foreign Affairs and Defense Committee chairman Avi Dichter, a former Shin Bet (Israel Security Agency) director, said that it is sad that a terrorist attack took place while Israelis were wishing each other a happy holiday and a peaceful Shabbat.“The enemies of Israel have a custom of acting to take our happiness away from us. It is hard for Arab terrorist organizations to see joy in Israel; they prefer to see Israel crying over its sons. They try to create that reality on holiday after holiday, year after year,” he stated.However, Dichter added, it is a mitzva to be happy on holidays and terrorists cannot change that.“The nation of Israel lives!” he said.Opposition leader Isaac Herzog said: “Another terrorist attack, another life lost. A sad day. I send condolences to the family of the woman who was murdered and [wishes for] a full recovery to those injured, and a hug and encouragement to security guards, forces and IDF soldiers.”Likud MK Oren Hazan took issue with media reports that the terrorist was mentally ill, saying, “A terrorist is a terrorist and must be eliminated.”