Israel bolsters security ahead of Shavuot

Hundreds of officers to patrol Old City, synagogues and public areas throughout capital 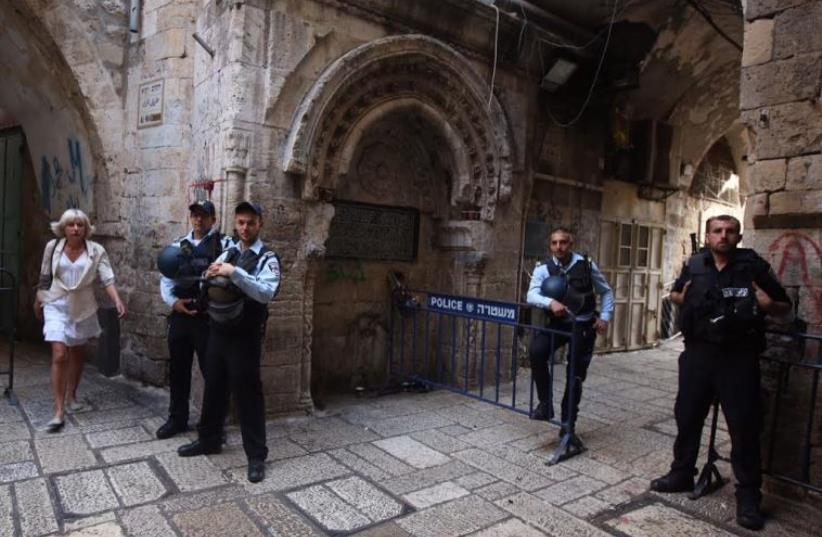 Police at a security barricade in the Old City of Jerusalem
(photo credit: MARC ISRAEL SELLEM)
Advertisement
Comprehensive security measures have been finalized in the capital to accommodate the tens of thousands of visitors from around the globe expected to gather at the Western Wall Tuesday and Wednesday for Shavuot.According to police spokesman Micky Rosenfeld, hundreds of officers from multiple units will be dispersed throughout the Old City and all public areas in Jerusalem for the duration of the festival.“Security assessments have been finalized and implemented for the 24-hour festival, including at all synagogues and public areas, with an emphasis on the Old City,” he said.“Hundreds of officers, undercover security guards and volunteers will be on patrols as part of the heightened security measures.”Rosenfeld said CCTV cameras will be monitoring all activity in real time throughout the Old City’s labyrinth of alleys to prevent, or respond to, potential disturbances.“This is one of three festivals where thousands of people will constantly be walking throughout the Old City to go to the Western Wall, and the police are leaving nothing to chance,” he said, noting that no threats have been received. “If necessary, police will respond to any incident immediately to ensure the safety of every visitor, as well as ease of travel, throughout the area.”