Teachers and educators are the most likely to give a kidney, from whom 40% of the donations originate. 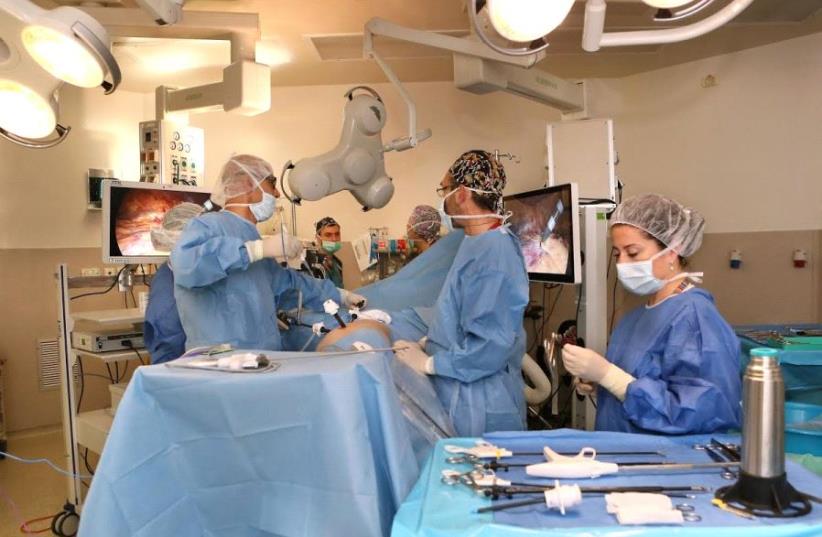 Kidney transplant operation at Rambam Hospital in Haifa
(photo credit: PIOTR FLITR)
Advertisement
Israeli NGO "Gift of Life" (Matnat Chaim) has broken a record in global kidney donations per capita with the 1000th donation, working to encourage Israelis to donate kidneys for altruistic reasons, as reported by Israel Hayom on Sunday.
Among residents of Israeli municipalities most likely to donate kidneys, the Mount Hebron Regional Council has donated at a rate of more than 3.5 kidneys per thousand inhabitants.
Regarding occupation, teachers and educators are the most likely to give a kidney, from whom 40% of the donations originate.
In light of the ongoing coronavirus pandemic, donation numbers have actually increased in the last year, which the Gift of Life organization says is due to more awareness and increased solidarity among Israelis since the virus arrived in the country.
In a statement to Israel Hayom, Kobi Oshrat, who received a transplant that saved his life, spoke of the importance of donations and how it saves lives.
"Since the transplant, life has been wonderful. The transplant has been more successful than expected," Oshrat said. "My physical condition has improved miraculously. I am back to being a young guy. I feel wonderful, active, doing sports, performing."
Regarding the relationship with the man who saved his life, Yoav Matityahu, Oshrat said "We have become a family. He and his wife are amazing people. People who decide to donate a kidney save a life. And it only happens here in Israel. It's amazing."
Culture and Sport Minister Chili Tropper, himself a kidney donor, spoke to the newspaper about the pride he has in Israelis willing to save the life of another, saying that this is one of the things that Israelis can be most proud of.
"Israel ranks first in the world in altruistic donations," he said. "We are a wonderful and magical people. It is an Israeli and Jewish wonder."
Rabbi Yeshayahu Heber, the founder of the “Gift of Life” passed away at the age of 55 after being hospitalized and testing positive for COVID-19 in April 2020.