Israel joins U.S. and European countries in pulling out of migration pact

The pact is to be signed during a meeting in Morocco in December, a meeting which Israel will now not attend. 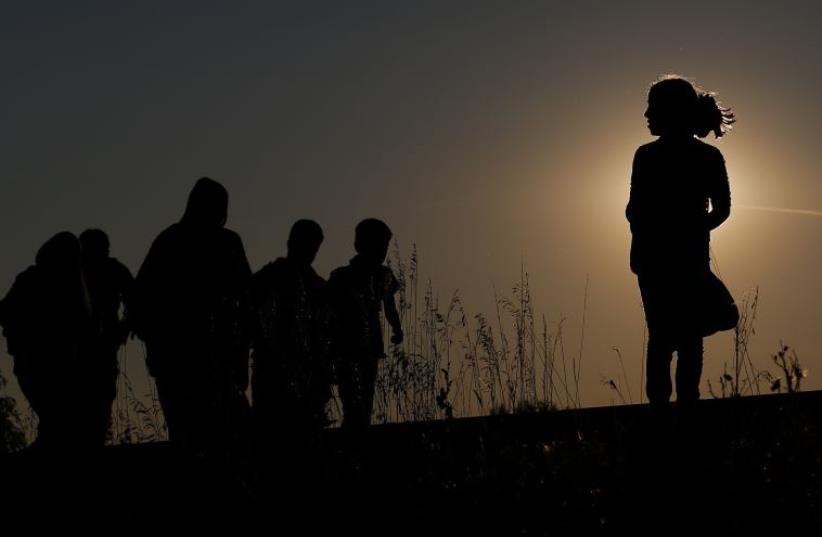 Migrants walk along rail tracks on sunset close to a migrant collection point in Roszke, Hungary
(photo credit: REUTERS)
Advertisement
Israel will not sign a nonbinding, first-of-its-kind migration pact aimed at managing migration and making it more orderly and safe, Prime Minister Benjamin Netanyahu said on Tuesday.“I have instructed the Foreign Ministry to announce that Israel will not accede to, and will not sign, the Global Compact for Safe, Orderly and Regular Migration,” the prime minister said. “We are committed to guarding our borders against illegal migrants. This is what we have done, and this is what we will continue to do.”The move comes after the US, Austria, Hungary, Poland, Bulgaria and the Czech Republic have all said they will not be a part of the UN pact. Australia, Romania and Slovakia have also signaled that they may not join.A number of the Central European and Eastern European countries that have pulled out have governments that ran on planks of limiting migration, and have been at odds with Brussels over the EU’s immigration policies.Israel’s decision to withdraw comes even though Israeli foreign ministery officials took part in drawing up the pact, which grew out of the migration to Europe crisis in 2015, which saw the biggest influx of refugees and migrants since World War II.The pact is to be signed during a meeting in Morocco in December, a meeting that Israel will now not attend.Diplomatic sources said that a number of countries, including the US, Hungary and Austria, turned to Israel with requests to withdraw from the pact, but that the decision was made based on Israel’s interests.“This agreement includes elements that are not in line with Israel’s interests,” one diplomatic official said. “For instance, family reunification for migrants. We are a small country in a very complicated geographic position. We are not like Germany, which can absorb a million people.”US President Donald Trump, who has made stopping the flow of migrants to the US a core issue of his presidency, pulled Washington out of the pact in 2017, saying that it was not compatible with US sovereignty.He explained the US position at the UN General Assembly meeting in New York in September.“We recognize the right of every nation in this room to set its own immigration policy in accordance with its national interests, just as we ask other countries to respect our own right to do the same – which we are doing,” he said. “That is one reason the United States will not participate in the new Global Compact on Migration. Migration should not be governed by an international body unaccountable to our own citizens. Ultimately, the only long-term solution to the migration crisis is to help people build more hopeful futures in their home countries. Make their countries great again.”The pact has been billed as an instrument to govern and manage migration around the world. The UN estimates that there are some 250 million migrants around the world. The pact deals with issues such as why people migrate, how to protect them, how to combat human trafficking, how to integrate the migrants into home countries, and what means can be used to return them home.Meretz MK Michal Rozin, former chairwoman of the Knesset’s committee on foreign workers, blasted Netanyahu’s decision, saying it “is another example of the process of Israel’s moral bankruptcy.”She said this is the “result of the prime minister joining with the extreme Right in Israel, Europe and the US. It cannot be that Israel – founded by many people who were refugees who fled murderous and cruel regimes, and which was among the leading countries in drafting the UN’s Refugee Convention – will join with the forces of hatred, division and nationalism.”