Israel not protected from DNC-style hacks under new Cybersecurity laws 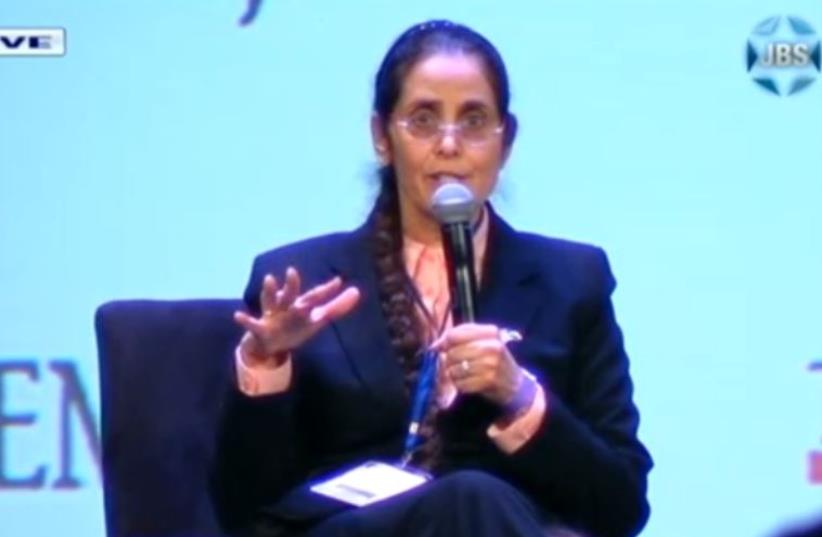 Anat Berko at JPost Annual Conference
(photo credit: screenshot)
Advertisement
Laws in the pipeline to govern cyber defense will not protect Israel’s democratic process from foreign hackers, in a case similar to the hack of the Democratic National Committee’s emails, apparently by Russia, members of the Knesset Foreign Affairs and Defense Subcommittee on Cyber Security said Monday.The subcommittee, led MK Anat Berko (Likud), presented its findings as to how government responsibilities for cyber security should be divided. A bill expected to pass a final reading this week will put its recommendations into effect, making the National Cyber Authority in charge, except in a state of emergency, when the responsibility moves to the Shin Bet (Israel Security Agency).However, when asked whether Israel’s political processes would be protected under the recommendations, MKs said they do not fall under the National Cyber Authority’s purview. Foreign Affairs and Defense Committee chairman Avi Dichter explained that the NCA protects only information the government considers classified, or critical civilian infrastructure, like Israel Electric, the Mekorot national water company, or Bank of Israel. MK Omer Bar- Lev (Zionist Union) said: “Protection from political intervention would only happen if it’s classified information. In the law, there’s a specific list of bodies that the NCA protects, that doesn’t include political parties.”“Yesterday, there was a vote by secret ballot in the Labor Party [about the date of its leadership primary],” Bar-Lev said. “If Russia wanted to see how I voted, there would be no protection under law.”MK Ofer Shelah (Yesh Atid) then quipped: “To quote [Republican presidential nominee] Donald Trump, I invite them to.”Asked about this possible oversight, in light of the DNC hack and past attempts by US presidents to intervene in Israeli elections, Berko conceded that the NCA “should deal with elections, where there is a massive amount of information.”The White House has declined to speculate on who was behind the hack of Democratic Party computers, referring to an ongoing investigation by the Federal Bureau of Investigation. Cyber security experts and US officials, however, said they believe Russia engineered the release of the emails to influence the November 8 US presidential election. On Sunday, Democratic presidential candidate Hillary Clinton said that Russian intelligence services were responsible for the hack.Reuters reported a computer network used by Clinton’s campaign was hacked as part of the broad cyber attack on Democratic political organizations. Also in the subcommittee meeting, Dichter commended the government for its advanced preparedness for cyber threats.Usually, the government only creates a response after the threat is realized, Dichter explained, bringing the Iron Dome missile defense system as an example.“I’m not exaggerating in saying the central threat of the early 21st century is cyber threats,” Dichter stated. “The Israeli government, with uncharacteristic wisdom, prepared for the cyber threat in an institutionalized way five years ago, and made decisions to create a National Cyber Authority.”Reuters contributed to this report.