“We understand the Argentinean desire to help with the global humanitarian crisis, but it is very important that terrorists don’t use this as a way to enter Argentina." 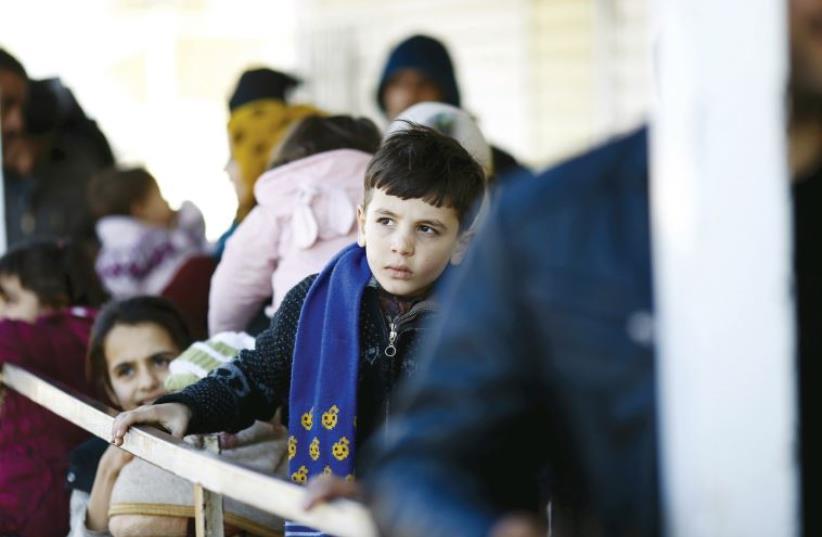 Syrian refugees
(photo credit: REUTERS)
Advertisement
BUENOS AIRES, Argentina — Israeli parliamentarians have offered to help with the absorption of 3,000 Syrian refugees in Argentina, stressing the fight against terrorism and the need to address the country’s security needs and those of its Jewish community.“We understand the Argentinean desire to help with the global humanitarian crisis, but it is very important that terrorists don’t use this as a way to enter Argentina,” Israeli lawmaker Haim Jelim, who was raised in Argentina, told journalists.Jelim is part of a mission of five Israeli lawmakers who on Friday signed an agreement of cooperation with Argentine Vice President Gabriel Michetti and Foreign Minister Susana Malcorra. The focus of the agreement is on cooperation against terrorism.Michetti tweeted Friday to his 765,000 followers a photo of himself with the Israeli lawmakers announcing that they will “strengthen commercial ties” with Israel.

Israel’s recently appointed ambassador to Argentina, Ilan Sztulman, said that Israel “helps people who escape from the humanitarian crisis in Syria, we treat them in our hospitals, we share the attitude of helping them. But it is important that Argentina do this very carefully. Especially because Iranians and Hezbollah are already in Argentina and in the region,” Sztulman said in his first meeting with Argentinean journalists.The agreement signed between the two parliaments will be a framework for new legislation to increase exchange in commerce, science and security cooperation.“We will cooperate in agriculture, commerce, water and sustainability but the most important issue now in this context is security and the fight against terrorism and we are united now to work together on this field,” Jelim told JTA.The security concern about the upcoming arrival of 3,000 Syrian refugees was also expressed less than a month ago by Argentine Jewish leaders.“We will not do anything to increase insecurity in our country. We are clear that terrorism has already hit our country twice, at the AMIA Jewish center and the Israeli Embassy. We are actively monitoring the security threats, especially with the current global upheaval. We are very clear in our stand against violence and terrorism,” said Secretary-General Marcos Pena.