Meshi-Zahav on Friday forfeited on Friday his position as head of ZAKA as well as the Israel Prize he was set to receive this year. 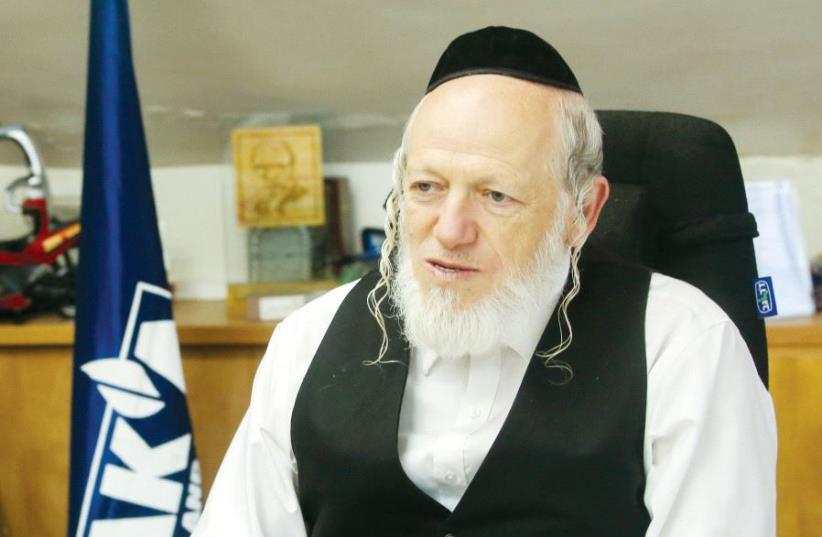 Yehuda Meshi Zahav
(photo credit: MARC ISRAEL SELLEM)
Advertisement
Israel Police opened a formal investigation Sunday into Yehuda Meshi-Zahav, who is suspected of sexually assaulting women and children over a period of decades.
Meshi-Zahav did not admit to the offenses, Kan News reported.
Meshi-Zahav on Friday forfeited on Friday his position as head of ZAKA as well as the Israel Prize he was set to receive this year.
Several people of different ages, including men, women and teenage boys and girls, came forward to recall their abusive experiences with Meshi-Zahav over the years. According to a report first published by Haaretz on Thursday, he was investigated by police in 2011 on sexual assault accusations, but the probe was closed due to a lack of evidence.
The Lahav 433 police unit announced Saturday its intention to open the investigation into the sexual assault allegations on Meshi-Zahav.
As part of the investigation, the police indicated that investigators are planning to fly abroad to speak to victims abused by Meshi-Zahav and convince them to testify.
"I had no words, it was a sharp and deep pain. Shock. Embarrassment. I did not believe there could be such a thing," said Miriam Peretz, a recipient of the Israel Prize for Lifetime Achievement and a member of the committee that decided to grant Meshi-Zahav the award, to KAN Reshet Bet radio.
Peretz stressed that all members of the committee condemn the alleged sexual assault. "It has no place in our lives. This is not a society I want to live in. No place is given to such phenomena." She added that the committee was not aware of the accusations when they decided to grant Meshi-Zahav the award.
"It turns out that people who you know are doing great things, there's something you do not know about them. It's scary. My anger is also on those who knew and kept quiet. You can not sit back," said Peretz to KAN Reshet Bet.
Sarah Ben-Nun, Tobias Siegal and Cody Levine contributed to this report.