Coming soon to a train station near you: automatic bicycle parking. 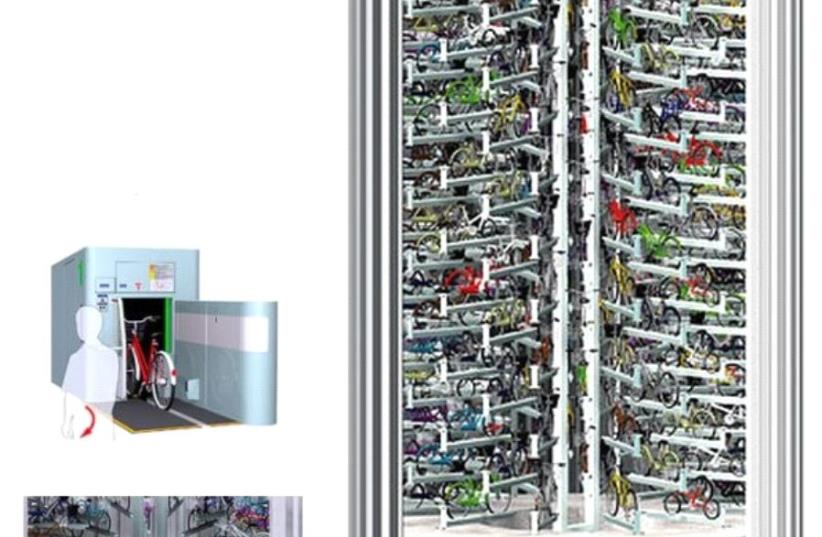 Robotic bike parking
(photo credit: COURTESY ISRAEL RAILWAYS)
Advertisement
The Israel Railways Authority is looking to install robotic bicycle parking facilities at train stations across the country. Automated bike parking facilities exist at rail stations in Germany, Japan, England, and Czechia, among other places. The technology allows for hundreds of bikes to be parked orderly and efficiently at stations while only taking up a small amount of floor or ground space. Israel Railways has made a freedom of information request from the manufacturer of the technology. A recent study by the authority found that many train riders are expected to make use of the robotic parking and the technology will provide some relief to passengers. Currently, if stations have run out of space for bicycle parking, riders must bring their bicycles on the train. The study noted the number of passengers bringing bikes on the train has increased markedly in the last two years, making train cars especially crowded during rush hour. The installations of the robotic bike parking will expand the means by which passengers can travel to and from train stations. Israel Railways intends to run a pilot program first before installing the system at stations nationwide. So far, the authority has added dozens of bike parking spaces at heavily-used stations, including those in Tel Aviv, Herzilya, Beersheba, Ashdod, Rehovot, and Netanya.