The tragedy has become known in Israeli parlance as 'ason ha'msokim' ('the helicopters disaster'). 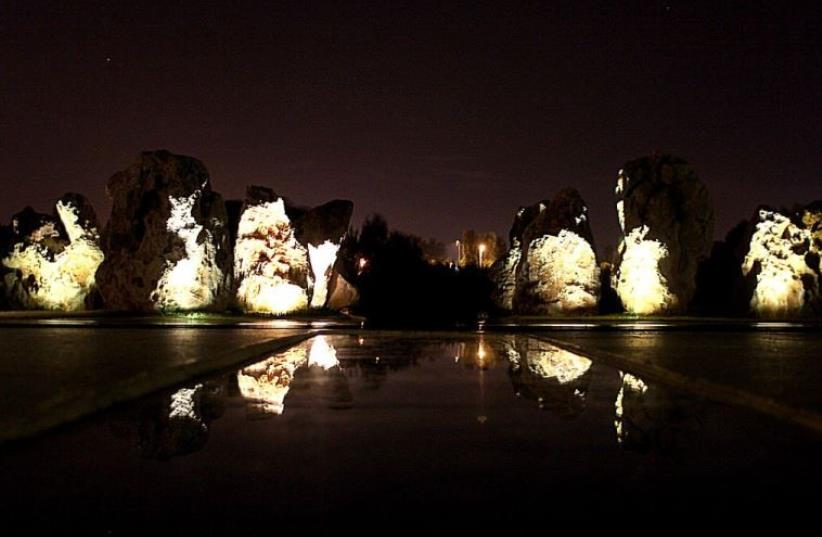 The memorial for 73 soldiers killed in the 1997 helicopter disaster
(photo credit: ELAD WEINSTEIN /CC-BY-SA-3.0)
Advertisement
On the night of February 4, 1997, two CH-53 (“Yasur”) transport helicopters carrying soldiers who were being airlifted to positions in the Israeli-controlled security zone in south Lebanon collided in midair.All 73 soldiers, among them eight who comprised the flight crews, aboard the helicopters died in the tragedy, which in Israeli parlance has become known as ason ha'msokim (“the helicopters disaster”).The troops included those who served in the Nahal and Golani infantry brigades as well as Armored Corps and other units active in south Lebanon.One of the helicopters crashed landed in Sha’ar Yashuv, a moshav used as a Galilee vacation resort. The other chopper fell in an open field near Kibbutz Dafna.To this day, the cause of the crash has yet to be definitively ascertained. A government commission of inquiry failed to come to a conclusion, although it did rule out any mechanical or technical malfunction in the helicopters.The flight crews were also deemed to be competent and sufficiently trained. No evidence was found to indicate that the pilots were under the influence of any chemical substances that might have impaired their judgement. The commission also failed to find evidence of health-related ailments or psychological distress that could have played a role. Investigators ruled out other possible factors, including the use of mobile devices, weather conditions, or enemy fire.“The events in the final few seconds will remain a mystery,” the panel’s report said.A memorial tribute to the fallen soldiers was inaugurated in 2008 near the cemetery in Kibbutz Dafna.