Bill would mandate jail time or fines for selling wine from Golan, dates from Jordan Valley settlements, in Dublin. 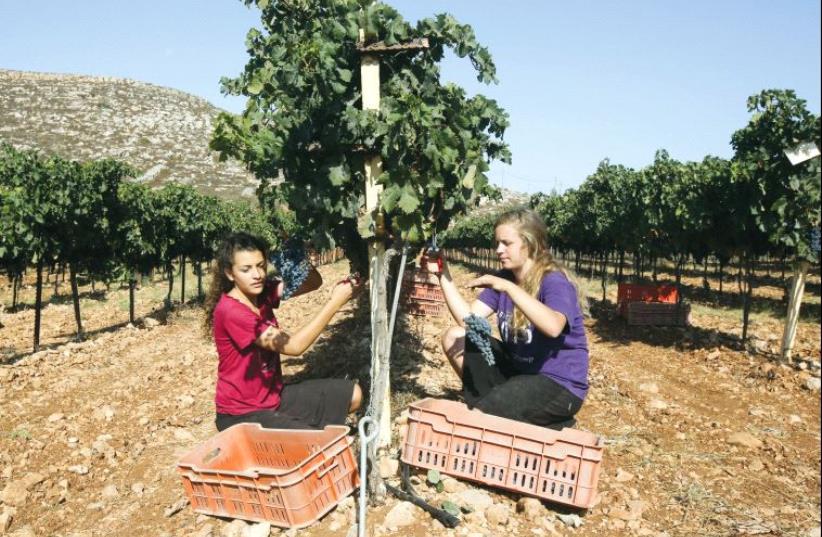 Grape harvest at the Psagot winery
(photo credit: MARC ISRAEL SELLEM)
Advertisement
The passage of Irish legislation criminalizing selling goods and services originating beyond the pre-1967 lines will “have serious ramifications for Israel-Ireland relations and Ireland’s status in the region,” the Foreign Ministry warned Ireland’s Ambassador Alison Kelly on Friday.
The ministry said that Kelly was called in to its offices in Jerusalem for an “angry rebuke” following advancement of the bill in Ireland’s lower parliament on Thursday.
The ministry deemed the proposed legislation “hypocritical and antisemitic,” and said it would be better for Ireland to deal with “dark dictatorships and terrorist movements, instead of Israel, the only democracy in the Middle East.”
Ireland’s minority government has come out against the bill, saying the country cannot act alone on this matter because it is part of the EU’s single market, and as a result it has to abide by its trade policies.
A spokesman for the Irish foreign ministry was quoted in the Irish media as saying that Kelly “conveyed the position of the Irish government in opposing the bill.”
The European Union has labeled but not banned Israeli products roduced over the pre-1967 lines.
If passed, the bill means fines of up to €250,000 or five years in jail could be imposed on merchants in Ireland selling dates from settlements in the Jordan Valley, wine from the Golan Heights, or any goods or service coming from east Jerusalem.
According to the Irish Times, Ireland’s imports from the settlements are estimated at less than $1.7 million.
In 2017, Israel exported some $68 million worth of goods to Ireland, and imported $868 million.
It is not clear what retaliatory action Israel would take if the bill passes, but one idea that has been discussed in the past is closing the embassy in Dublin, and using that money to open an embassy in a country more favorably inclined toward Israel. Such a move could have chilling effect on Israeli-Irish trade.
Tovah Lazaroff contributed to this report.