“Zahav” is part-cookbook and part-memoir. 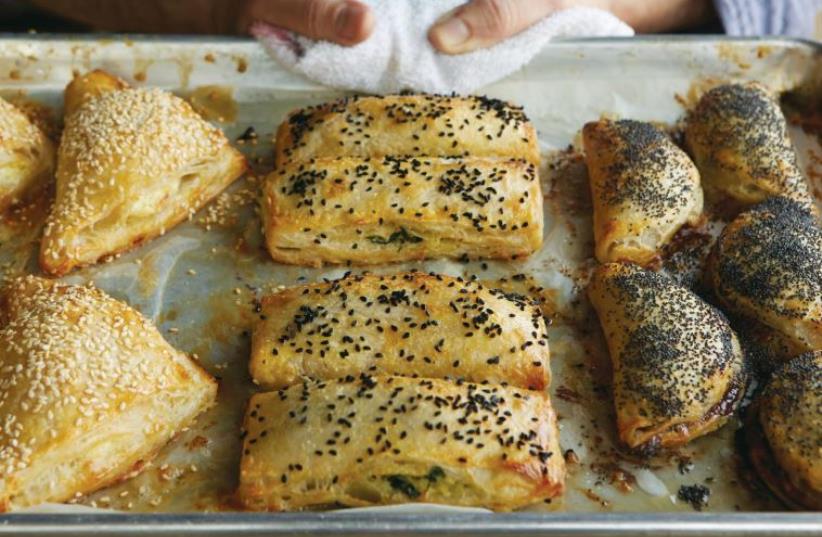 Burekas of all kinds from ‘Zahav'.
(photo credit: MICHAEL PERSICO)
Advertisement
A book about Israeli cuisine won book of the year at the prestigious James Beard Awards for food writing.Michael Solomonov and Steven Cook’s “Zahav: A World of Israeli Cooking” won Book of the Year and was also named best book in the international category at the James Beard Foundation‘s  2016 Book, Broadcast & Journalism Awards Tuesday night in New York.In addition, “NOPI: The Cookbook,” which is co-authored by Israeli chef Yotam Ottolenghi, won in the Cooking from a Professional Point of View category.Solomonov, an Israeli American, and Cook run the popular, award-winning Israeli restaurant Zahav (Hebrew for gold) in Philadelphia, which opened in 2008.“Zahav” is part-cookbook and part-memoir.Solomonov also operates several other restaurants in Philadelphia, including a hummus spot called Dizengoff that is named for a major Tel Aviv thoroughfare. According to Philly.com, Dizengoff is about to open a New York branch in Manhattan’s Chelsea Market.Solomonov was the 2011 James Beard Award winner for best chef, Mid-Atlantic.