Burgerim opened its first restaurant in Tel Aviv in 2011 and had expanded to more than 200 locations – but almost 100 of them have already been closed. 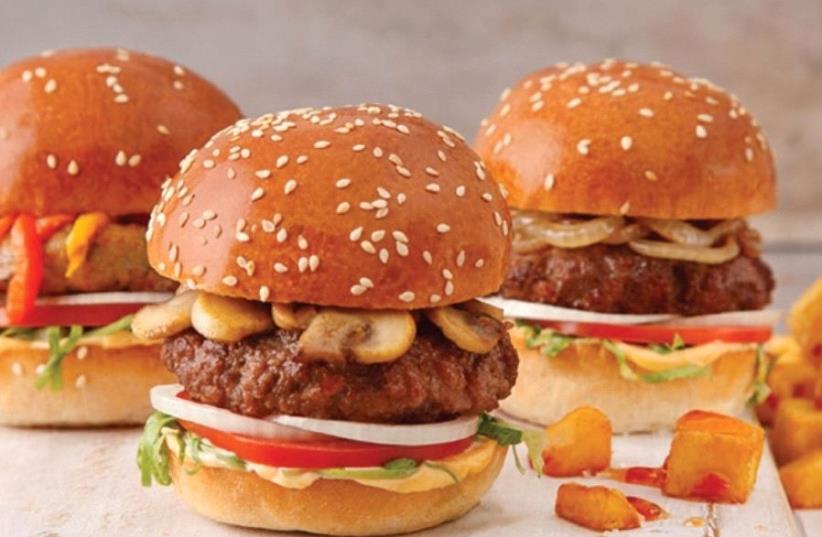 Burgerim restaurant
(photo credit: PR)
Advertisement
In October of 2018, Jonathan Cheban, now known as “Foodgod,” posted a video on Instagram featuring the Israeli chain Burgerim’s chicken wings, onion rings, french fries, and sliders from one of its newly opened locations in Los Angeles. Shortly after posting the video, Burgerim’s Twitter account shared the post. Just two months later, Foodgod signed a seven-figure deal to become Burgerim’s official spokesperson, according to Vice. “I signed a multi-million dollar contract and now my photo is in all their stores... There are stores in Miami and Los Angeles, and they are going to open hundreds more,” Foodgod, a close friend of the Kardashian clan, told the Daily Mail. Burgerim opened its first restaurant in Tel Aviv in 2011, under Donna Tuchner, Israeli founder of the company. Since then, the company has expanded to have over 200 locations across the world under current owner and president, Oren Loni. However, it appears that Burgerim is not doing as well as it seems.Burgerim quietly closed close to 100 of its locations, is considering a Chapter 11 reorganization – a form of bankruptcy – and has failed to compensate Foodgod, according to a report by Restaurant Business. Restaurant Business, attempting to investigate what exactly it is that went wrong with Burgerim - and what continues to go wrong - reports that Burgerim appears to have been run incompetently from the start. Burgerim signed franchise agreements with people with zero experience in the industry and failed to collect payments from franchisees, which were supposed to be one of its major sources of income. “What Burgerim did is akin to Comcast taking the installation fee for a customer’s new cable account and then waiving the monthly subscription charge,” explained Restaurant Business. The magazine also reports that many Burgerim employees have not been paid in months, with one franchisee in particular reporting that he has lost so much money that he is now homeless. While Foodgod was not driven to homelessness by Burgerim’s inability to pay, he did quickly end his relationship with the floundering restaurant chain – and his attorney Steve Mandell requested that it pay “all sums due” to his client.According to Page Six, Mandell also insisted that Burgerim stop using Foodgod’s picture in its restaurants and stop “making representations that Mr. Cheban is liable for any of [Burgerim's] debt.”However, this may prove difficult, given that Burgerim’s current owner and president, Oren Loni, who was once residing in Los Angeles, has now fled the United States. Even Burgerim’s attorney is unaware of Loni’s exact location and whether he plans to return to America or not. If he ever does return to the US, Loni will have issues far greater than dealing with Foodgod’s anger and dissatisfaction.