The Bank of Israel believes that the reasons for the absence of a credit bubble lie in the rapid rise in wages in recent years, which has enabled Israelis to pay for their shopping spree. 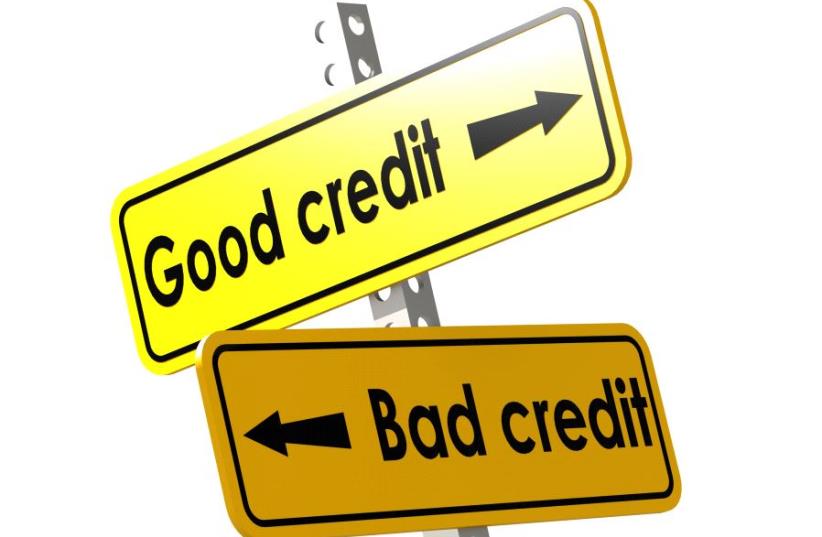 Bad Credit Loans and Financial Health
(photo credit: PR)
Advertisement
Tel Aviv (TNS) - The rate of household debt in Israel is lower than in developed countries, and definitely in comparison with countries like Switzerland and Australia. According to the Bank of Israel's financial stability report for the second half of 2017, household debt in Israel totaled 42% of GDP. This means that this debt can grow by 50% before reaching what is defined as high by international standards.What explains the relatively low level of debt? Israelis are not as big savers as the Germans, for example, and spending on private consumption is rising rapidly. In recent years, spending on private consumption has even taken the place of exports as the economy's growth engine. Given both the growth of private spending and the negligible prevailing interest rate for the past three years, household debt could have been expected to balloon, but this did not happen.The Bank of Israel believes that the reasons for the absence of a credit bubble lie in the rapid rise in wages in recent years, which has enabled Israelis to pay for their shopping spree from their own resources, without any need to increase leverage. Some also attribute the low level of debt to relatively undeveloped state of the credit market in Israel, owing to the fact that there is no real competition to provide credit, a situation likely to change following implementation of the Committee on Increasing Competition in Banking and Financial Services (Strum Committee).At the same time, it is important to stress that the rate of growth in household debt is fairly high, and is outstripping the economic growth rate. The current rate of increase is 4% in housing credit and 3.1% in non-housing credit. A no less alarming trend is the proportion of problem loans by the banks and credit card companies, which has risen from 2.9% in 2013 to 4.13% in June 2017.The bottom line, however, is that the Bank of Israel is not acutely concerned about household debt. The Bank of Israel's stability report states, "The housing market, household leverage, and the asset market are the main areas where we identify exposure to risk for the Israeli economy," but adds that no change for the worse was detected in the level of the household debt risk, which remained "medium." For the sake of comparison, the Bank of Israel described the economy's exposure to a collapse in housing prices as "medium-high." ©2018 the Globes (Tel Aviv, Israel). Distributed by Tribune Content Agency, LLC.

Tags Bank of Israel
Advertisement
Subscribe for our daily newsletter